There was no real question that Virginia's new Republican governor — its first in nearly a decade — would set the commonwealth on a new course. The question was how quickly Glenn Youngkin would act.

Gov. Glenn Youngkin (R) signed 11 executive orders following his swearing-in ceremony on Saturday, including those that overturn Virginia's mask mandate for public schools and a COVID vaccination requirement for state workers.... Youngkin also signed an order that bans the teaching of critical race theory, a major focus of the 2021 campaign.

How will ending vaccination requirements and policies on mask protections help end the pandemic? These policies actually won't help at all, but ending the public health crisis doesn't appear to be the principal goal.

As for the new ban on critical race theory in schools, this is a solution in search of a problem: Virginia schools don't teach critical race theory. Pressed yesterday for an explanation on why he issued an executive order to target non-existent lessons, Youngkin struggled to move beyond soundbites.

Also on his first day, the new GOP governor pulled Virginia out of the Regional Greenhouse Gas Initiative (RGGI), which will benefit no one — except polluters. 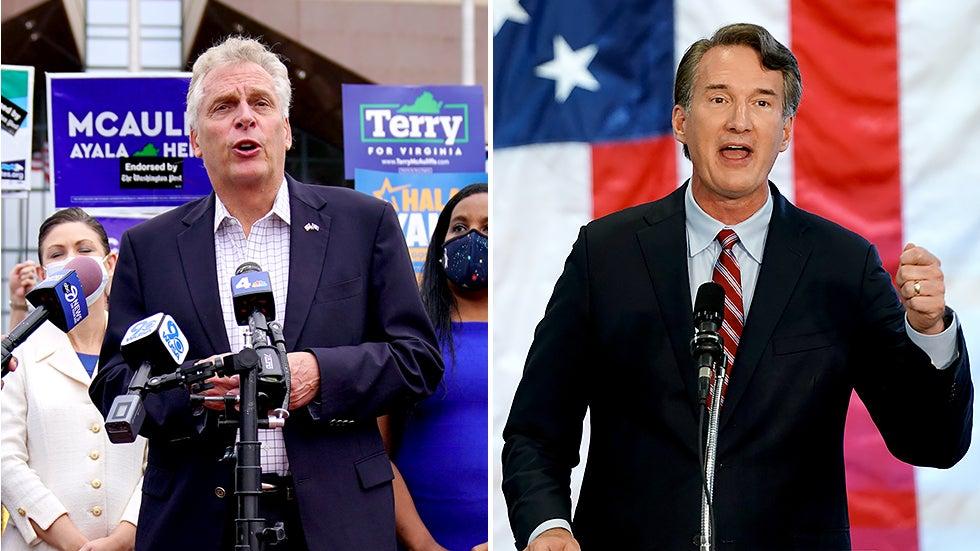 This comes against a backdrop in which Youngkin is also trying to make Donald Trump's favorite coal industry lobbyist the steward of Virginia's natural resources.

What's more, the concerns are not limited to the governor's office. The commonwealth also has a new Republican attorney general, who's already fired rough 30 people, more than half of whom are lawyers, including those responsible for investigating wrongful convictions.

As for the new GOP majority in the General Assembly, Republican legislators are drawing up plans to loosen gun laws, cancel the commonwealth's pending minimum-wage increase, and impose new restrictions on abortion and voting.

One Virginia Republican also proposed teaching students in public schools about "the first debate between Abraham Lincoln and Frederick Douglass."

As elected officials really ought to know, in 1858, Lincoln held a series of three-hour debates again Stephen Douglas, not Frederick Douglass.

Circling back to our coverage from last week, Virginia Republicans knew they faced a challenge in last year's elections — the GOP hadn't won a statewide election in the commonwealth since 2009, and President Joe Biden won the state by nearly double digits — and so they assured voters that Youngkin & Co. would focus on mainstream, kitchen-table issues. The subtext was hardly subtle: Virginians need not fear Republican governance in the commonwealth.

It worked: GOP candidates effectively ran the table in November, fueled in part by voters who backed Democrats a year earlier, who assumed Republicans weren't interested in a dramatic turn to the right.

At his inauguration, Youngkin declared, "It's a new day in Virginia." That was clearly true, though there are important differences between "new" and "better."