Apple today announced Collections and Time to Run for Apple Fitness+, as well as expanded Time to Walk and Artist Spotlight suites.

Collections are curated series of workouts and meditations from the Fitness+ library, providing users with a new way to get motivated, remain consistent, and make progress with their sessions. Fitness+ Collections include a suggested plan to help users make intentional training choices over a period of several days or weeks to reach their goals.

The following six Collections will be available at launch, providing a range of goals for users to strive to achieve:

Time to Run is a new audio running experience, similar to Time to Walk, designed to help users become better and more consistent runners. Each episode of Time to Run is focused on a popular real-world running route in a notable or iconic location. 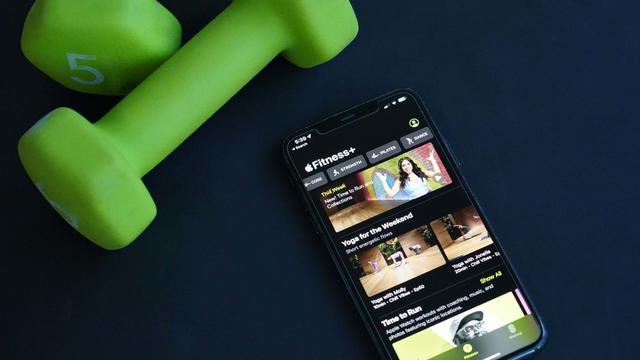 Fitness+ trainers, including Emily Fayette, Jamie-Ray Hartshorne, Sam Sanchez, and Scott Carvin, as well as Cory Wharton-Malcolm, a new running trainer on the team, will give users coaching tips and display relevant photos as they run, accompanied by energizing music. Each episode's Apple Music playlist has been curated to match the intensity, location, and coaching style of each run.

Apple says that Time to Run can be experienced outside or inside on a treadmill, and for Apple Watch users who use a wheelchair, Time to Run becomes Time to Run or Push, providing the choice to start a run or an Outdoor Push Running Pace workout.

Apple Fitness+ Collections and Time to Run launch on January 10 for all Fitness+ subscribers. On the same day, Fitness+ will also debut the third season of Time to Walk, featuring guests such as Rebel Wilson, Bernice A. King, and Hasan Minhaj, as well as new Artist Spotlight workouts in the Fitness app, featuring music from Ed Sheeran, Pharrell Williams, Shakira, and the Beatles.

Bloomberg's Mark Gurman was first to report that Apple was planning to launch a Time to Run feature back in August 2021.

Update, January 10th: "Time to Run" and Collections are now rolling out to Fitness+ subscribers in the Fitness app on iPhone, iPad, Apple TV, and Apple Watch.

Tags:  how to add friends on apple watch fitness

Virginia's Youngkin wastes no time in setting an unfortunate course

Streaks, pushes and goals: Is your fit tech really as healthy as you think?