Gadgets such as fitness bracelets are one of the most popular devices in the Xiaomi portfolio. A bunch of geeks and fans were very willing to purchase Xiaomi Mi Band, because it is one of the few companies managed to turn the bracelet into an everyday accessory for the common man. The company has made it a rule to update the fitness bracelet every year and this year will be no exception. Xiaomi Mi Band 7 is being prepared for release.

According to information from the Zepp firmware files, the name of the new device is Xiaomi Smart Band 7, and it will be released in two versions – “M2129B1 and M2130B1”. Compared to Xiaomi Mi Band 6, the screen will increase slightly and this is indicated by the increased resolution of 490×192 pixels. 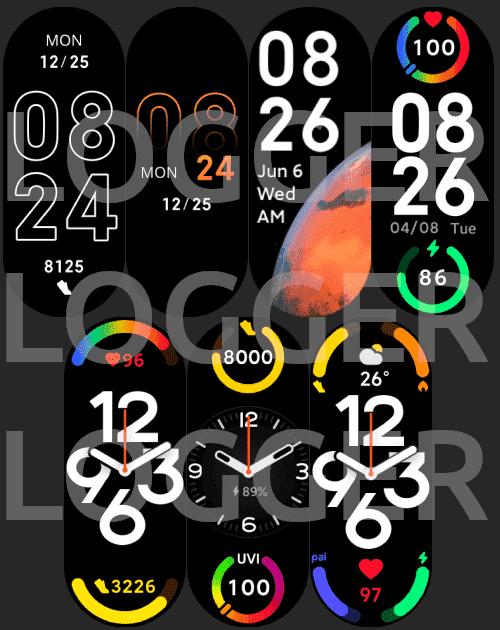 As with its predecessor, it will be possible to choose between analog and digital watch face styles. They will also offer the Always-on Display function. Information was also found in the sources that Xiaomi Mi Band 7 will receive GPS support and the “Smart Alarm” function, as well as return the “Passcode” option. The new fitness tracker will offer two energy-saving modes, where one is standard and the other is “super-saving”.

But the most interesting thing is that Xiaomi Mi Band 7 will work with applications for the Zepp operating system. True, it should be understood that not all of the discovered functions can eventually find their application in the final version of the fitness bracelet.

During the Chinese launch of the Xiaomi 12 flagship smartphones last December, Xiaomi showed off its latest Watch S1 smartwatch. It is assumed that soon new items will debut on the international market. Ahead of the global launch of Xiaomi 12 and Watch S1, the European price of smartwatches has become known.

Xiaomi Watch S1 has been spotted on German Amazon. The product page, which has already been removed or hidden, showed a price of 195.08 euros. This figure looks quite plausible, given that the cost of the device in China is about $173. Unfortunately, the launch date of the device in the global market has not been disclosed.

Recall that Xiaomi Watch S1 is equipped with a round 1.43-inch AMOLED screen; with a density of 326 pixels per inch, inscribed in a thin metal case. The display is covered with sapphire crystal. The watch provides up to 12 days of battery life and supports NFC for contactless payments.

Tags:  how to turn on a smart bracelet

Virginia's Youngkin wastes no time in setting an unfortunate course