Last year, long-running Israeli punksUseless IDreleased a best-of on Fat Wreck Chords, and now vocalistYotam Ben-Horinis gearing up for a solo album, Young Forever, due May 20 via Double Helix Records (pre-order). "I try to take my solo material as far away from punk as I can," Yotam says, "so I don't just sound like a punk singer playing chords on an acoustic guitar. I leave room for any influence that may enter and just let it happen."

He definitely doesn't just sound like a punk singer playing an acoustic guitar on the new single/title track, a dose of jangly, '90s-style power pop that features a guitar solo fromJimmy Eat WorldfrontmanJim Adkins. "'Young Forever' is an open letter I wrote to my younger self," Yotam says. "When Covid hit and I was stuck in Israel, I decided to digitize all of my VHS and MiniDV tapes. I went on a trip down memory lane when I rewatched some of them and was reminded of what I felt at the time, living with not a worry in the world other than the love of making music. I was instantly inspired to write the song. It was also the last song written for the album. Sometimes, we get so caught up in life that we forget to step away from it for a second and look around to see what really matters to us." 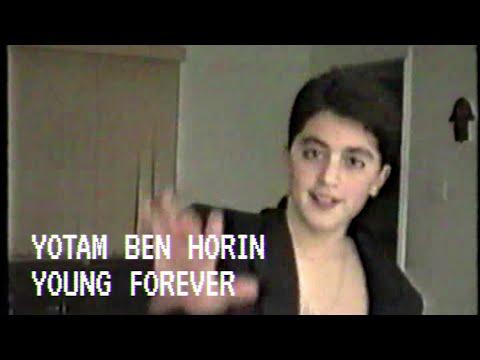 "When I got into Flying Blanket Studios (Mesa, AZ) in April of 2021, I let my friend Jim Adkins know that I was in town and he offered to stop by the studio and say hi since he and producer Bob Hoag are also friends," Yotam continues. "While we were trying to figure out which day would be best for him to come over, I asked him about the arrangement of the song 'Young Forever' since it didn’t have a bridge and was really short. He put it all together really quickly over the phone and we went ahead and recorded it with his suggestions. When he showed up at the studio, I just had to put a guitar on his lap and have him play something."

That song and its video premiere below.

Last year, Yotam told us about his favorite albums of 2021.

Here's everything Apple announced at its iPhone 13 event