As mentioned, the built-in frame for the Apple Watch is relatively rigid. While this adds confidence that your Apple Watch will stay put, it makes it fiddly getting your Apple Watch in and out of it. It's a minor inconvenience, but one you will face every time you swap to this band at the gym or in front of a Fitness+ video.

The lack of Apple Watch Series 7 support at launch is a shame, given that many fitness-focused Apple users like to ensure they are rocking the best Apple Watch the day it comes out. A compatible ActionBand is on the horizon, though. 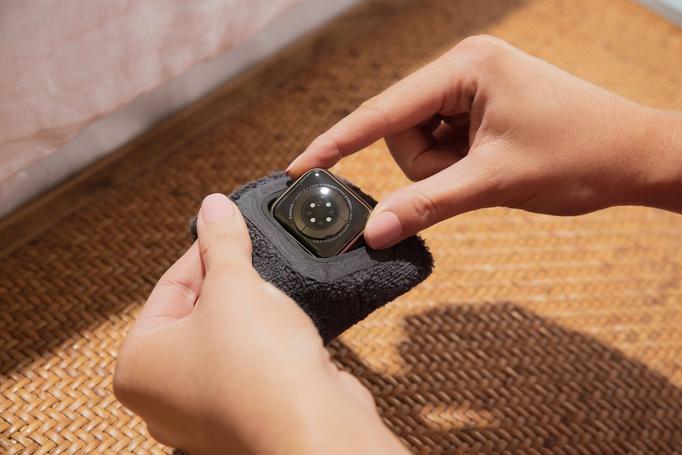 The ActionBand is comfortable to wear but on the bulky side.

My other qualms with ActionBand really center around its looks rather than its utility. A lot of Apple Watch bands are sold for their visual appeal, whereas the ActionBand's focus is on, well, action. That means it's not particularly fashionable, which is actually a concern for a lot of gym-goers.

Though it is really comfortable to wear, it's on the bulky side and wouldn't be well-suited to slimmer wrists or arms. I felt a little bit like I had a quarterback-style playbook wristband on my arm, and I'm not particularly slender.

The stitched Twelve South logos on each sweatband look classy, but it's a tad disappointing that the only color choice is gray. I'm not demanding Twelve South adopts '80s-style fluorescent colors, but a small range of colors would probably suit a lot more people.