It’s good to be a Republican in Congress. Every day is Carnival, where you can gluttonously indulge your id, grievances, and white rage without consequence and be excused for every bacchanalian sin and shameful behavior—especially if those involve promoting violent videos directed at your colleagues, engaging in workplace harassment, demeaning the Squad, or promoting dangerous anti-vaxx and antisemitic conspiracy theories.

The only cardinal sin is actually doing your job and getting the government to help Americans in need.

That’s the clear takeaway from Wednesday, when only two Republicans, Reps. Liz Cheney and Adam Kinzinger, voted to censure Rep. Paul Gosar, an ally of white nationalists and armed insurrectionists who’d tweeted an anime video showing him killing Rep. Alexandria Ocasio-Cortez and then attacking President Biden with swords. House Minority “Leader” Kevin McCarthy thought there was nothing out of bounds here.

It was par for the course from Gosar, whose own sister calls him a “sociopath” and who has an exquisite history of being on the wrong side of everything, from palling around with white nationalist Nick Fuentes to allegedly working with right-wing activist Ali Alexander to plan the Jan. 6 insurrection. Tweeting an ugly and violent video that would further incite hatred against AOC, who’s endured numerous death threats while being called a “fucking bitch” by Rep. Ted Yoho and hounded by proud anti-vaxxer Marjorie Taylor Greene.

Greene was stripped of her committee assignments last year for her utterly outrageous social media posts suggesting that Jews control space lasers that start wildfires, questioning whether the 9/11 attacks were real, suggesting that school shootings were “false flag” operations, and amplifying Q-Anon conspiracy theories. A day after 61 Republican lawmakers voted to remove Liz Cheney from the party’s leadership, just eleven Republicans joined the united Democratic majority in voting to punish Greene in February.

Jump ahead to November, and the party is down to just two House members sane enough to condemn Gosar’s insanity, which nearly every Republican would have done as recently as 2015. For that, and for putting the country above Trump and his violent MAGA mob seeking to overturn our democracy, the party has branded those two apostates who must be punished and purged.

Kinzinger announced he wouldn’t run for another term while the Wyoming GOP recently voted to no longer recognize Cheney as a Republican, even though she supported Trump’s agenda 93 percent of the time, was the third-ranking Republican in the house, and is a freaking Cheney. 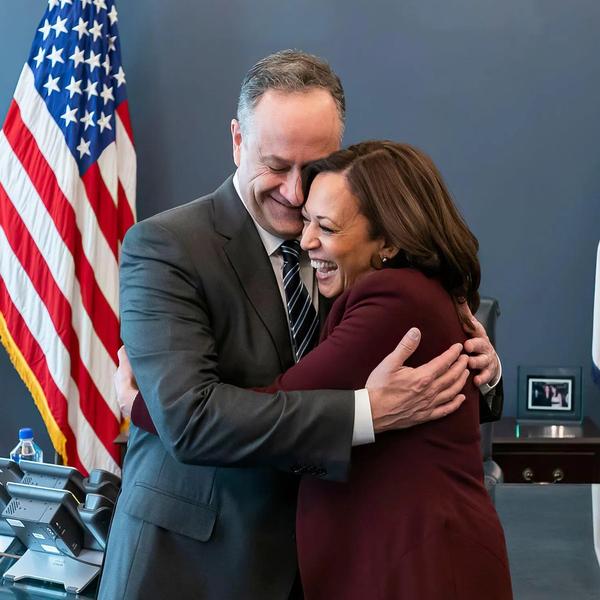 You know who they haven’t condemned yet? Paul Gosar.

The MAGA GOP has transformed into a radicalized, weaponized death cult. Trump is personally attacking its 13 House members who voted for Biden’s historic infrastructure bill that will repair their cities’ crumbling infrastructure, provide high speed internet to their rural towns, and create much-needed jobs. Some of those members are receiving death threats now for allowing Biden to claim a bipartisan win. However, the capacity for GOP shamelessness has no ceiling, no bounds, and still inspires slack-jawed awe. Despite voting against the bill, Alabama Republican Rep. Gary Palmer piggybacked on its many benefits for his district. Despite the ratio and harsh rebuke from colleagues who reminded him of his “no” vote, his tweet remains up.

Speaking of shamelessness, we have to mention of course Rep. Matt Gaetz, who is currently under federal investigation as towhether he paid women, including a minor, for sex. His “wingman” Joel Greenberg, a former Florida official, pleaded guilty earlier this year to sex trafficking and is working with investigators. None of this has inspired fellow Republicans to condemn Gaetz, even as their base increasingly believes the QAnon conspiracy—a domestic terror threat—that liberals are Satan-worshipping child molesters who must be violently removed from office.

But when it comes to defending a zealot and a creep like Gosar, then Rep. Lauren Boebert, who’s never held a gun she doesn’t immediately love, can bravely step on to the House floor to passionately perform “whataboutism” and attack Rep. Ilhan Omar as part of the “Jihad Squad” (if this existed, I’d be very offended that I wasn’t offered an invite.) Just don’t ask Boebert for any ideas or policies to help Americans who need infrastructure, paid parental leave, or relief from climate change.

So, what does this mean for the future of the GOP? They have a green light to use and abuse Congress as their legislative AR-15, openly attacking their colleagues, subverting power, and spreading disinformation and hate. All that matters is fueling the culture war and obtaining power, and minority rule, by any unsavory means necessary.

As long as you are fighting the Mad Lib word salad of a “reckless, socialist, Marxist” agenda and the supposed “plague of illegal immigrants,” which is how Gosar rationalized and defended his ugly tweet, then all shall be quietly tolerated and thus condoned.

You will be welcomed with open arms as a victim, a martyr, a hero, and a fellow freedom fighter in this GOP, which always has room for freaks like Gosar, Gaetz, Greene, Boebert, and, of course, Trump, but can’t tolerate those colleagues who actually want to help Americans and protect democracy.

Voltron, assemble! Welcome to the anime from hell.