Due to forecast extreme weather off the coast of Florida, SpaceX CRS-22 undocking is no longer planned for Wednesday, July 7.

NASA and SpaceX flight control teams continue to monitor the weather and splashdown locations and are prepared to support undocking of the Dragon cargo spacecraft once conditions are safe to do so. Certain parameters like wind speeds and wave heights must be within certain limits to ensure the safety of the recovery teams, the science, and the spacecraft.

The next opportunity for undocking is July 8 at 10:35 a.m. EDT, with NASA TV coverage scheduled to begin at 10 a.m. Additional opportunities are available on July 9 and 10. NASA will provide an update Wednesday, July 7 on the date for undocking following a weather briefing.

NASA Flight Engineers Mark Vande Hei and Shane Kimbrough worked on cargo transfers inside the Dragon today. Kimbrough then joined Flight Engineers Megan McArthur and Thomas Pesquet and Commander Akihiko Hoshide at the end of the day and reviewed cargo craft emergency departure procedures. Pesquet set up a pair of computers inside the cupola in support of Dragon's undocking and monitoring.

Collapsible Contingency Urinal (CCU) Demo: The crew performed multiple handheld fill and drain cycles of the CCU using fruit punch as a test fluid. The ground team guided and observed the operations to analyze performance characteristics and observe fluid dynamics and stability of liquid in the system. The CCU is exploration hardware flown to the ISS as a technical demonstration. The approach includes a fractal wetting design that incorporates smart capillary fluidics. This work could have a broad impact on capillary-based fluid management on spacecraft and on Earth.

Cargo Dragon Polar Troubleshooting: The crew was able to resolve issues with stuck fasteners in the Upper Port cargo pallet in Cargo Dragon SpaceX-22 (SpX-22) which prevented them from relocating a Polar unit yesterday. This allowed subsequent planned Polar relocations to occur. Polar is a Cold Stowage managed facility that provides transport and storage of science samples at cryogenic temperatures (-80ºC) to and from the ISS. Polar operates on 75 W supplied power and uses air cooling as its heat rejection method. Polar can accommodate up to 12.75 liters of sample volume and 20 lbm including sample support equipment.

JAXA Video Take 3: The crew participated in a video session for the delivery of a message to the public. The Japan Aerospace Exploration Agency Public Relations Activity (JAXA EPO) includes conducting cultural activities such as writing reports about and filming video of activities aboard the ISS. These tools can help inform the public about the importance of the ISS, JAXA's Kibo module, and human spaceflight.

T2 Treadmill Augmented Reality (T2AR) Monthly Inspection: The crew performed the science operations for the T2AR system. The objective is to use the T2AR system to assist the crew with the ISS treadmill monthly maintenance. T2AR conducts tests using augmented reality to help crew members perform inspection and maintenance on the Combined Operational Load Bearing External Resistance Treadmill (COLBERT). The ability to perform such tasks without assistance from Mission Control is vital for future space exploration such as a mission to Mars, where significant time delays occur in communications between space and ground. Using augmented reality to guide astronauts through complex spacecraft maintenance and repair activities also reduces the time needed for training and task performance. 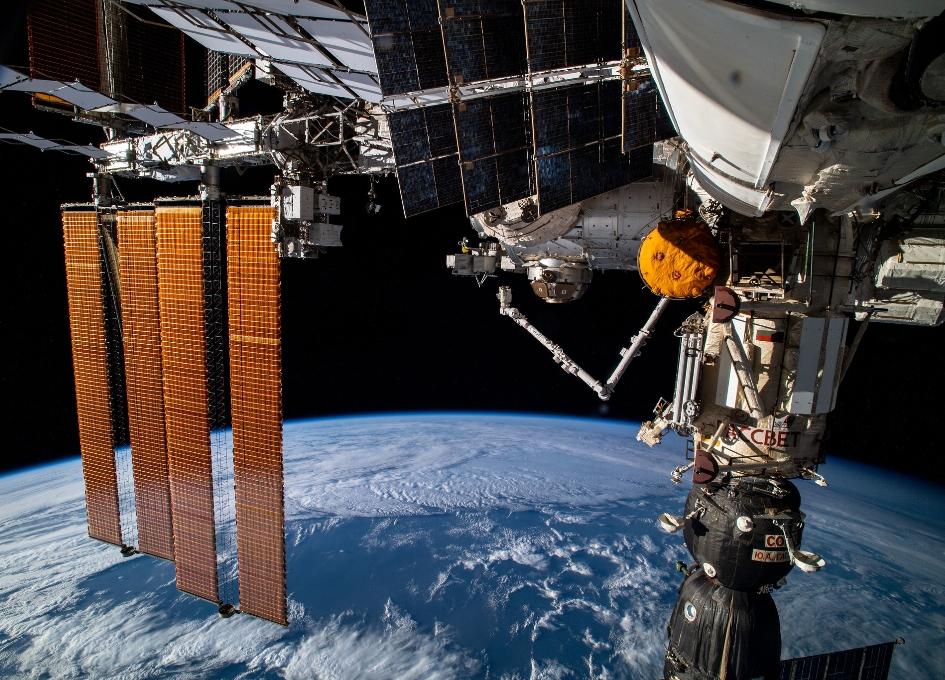 Air Avionics Assembly (AAA) Fan Inspection: The crew inspected the AAA which was removed from the NOD3D5 rack during Water Recovery System (WRS) recovery in May. The crew noted potential areas of microbial growth and cleaned the suspect locations with disinfectant wipes after downlinking images to the ground. The crew then temporarily stowed the AAA hardware while the ground assesses the imagery.