When it comes to tech, a lower budget often means a lot of compromises, but with enough detective work, you can find top-notch smart devices at affordable prices. For example, the best smartwatches under $200 have tons of great features that are similar to their more expensive counterparts, like activity tracking, phone notifications, smart assistants, and built-in GPS. You just need to find one that's oriented to your specific needs and wants and compatible with your existing tech setup.

First: compatibility. While certain affordable fitness trackers and smartwatches will work independently of your smartphone, many users will want something that works cooperatively with it. This makes it easier to coordinate apps and receive your phone's texts, calls, and notifications right on your wrist. That can only happen, however, if both your phone and your smartwatch use the same or compatible operating systems. Apple watches typically only work with iPhones, and Android watches are best paired with Google or Tizen operating systems. Lesser known brands can often pair with both (a big plus), but be sure to check compatibility before you purchase.

After that, it's largely a matter of personal preference. Do you want a smartwatch that's geared toward health and fitness, or are you more concerned with subtly checking your texts while you're at work? Do you want integrated GPS so you can leave your phone at home when you head out for a run, or are you looking for a built-in smart assistant so you can utilize voice commands? No matter which styles and features you're searching for, these are the six best smartwatches under $200.

Apple products are never cheap, but there's a reason legions of fans are devoted to the brand, and if you opt for an earlier series, you can save some serious cash and still get a great watch. The Apple Watch Series 3 boasts more than 38,000 five-star ratings on Amazon, which is virtually unheard of for smart devices, and buyers rave about the GPS, heart sensor, water-resistant design, and ease of staying connected. (The only thing they don't love is the battery life.) Plus, automatic workout detection helps you stay on top of your fitness game, and runners will especially benefit from advanced features like pace and cadence alerts.

You can also use Siri, listen to your favorite playlists and podcasts, use Apple Pay, and send iMessages and make phone calls via Bluetooth when your phone is nearby. It's available in two watch face sizes and two futuristic colors: silver and space gray. If you're an Apple user and you want a watch that's "like having a mini phone on your wrist," this is the way to go.

One reviewer wrote: "There's a small miracle that happens in a busy life when you can answer your phone (er, watch?) with your hands full. Or just glancing down to see the text message you just got. [...] I don't know a single person who ever got an Apple Watch and didn't like it."

2. The best smartwatch for Android (that's also compatible with iPhone)

Android users have two primary choices in terms of smartwatch operating systems: Wear OS and Tizen OS. The Samsung Galaxy uses the latter, which pairs seamlessly with Samsung phones and other devices running Android 5.0 or higher, and — impressively — it's also compatible with Apple phones utilizing iOS. With a realistic analog face, the watch monitors your health stats, tracks your GPS route, and lets you play you downloaded music or control any music that's streaming to your phone. You can also use the integrated Bixby smart assistant (although reviewers say this features is hit and miss), or make calls and send texts via Bluetooth when your phone is nearby. Another great selling point: Reviewers rave about the battery life. 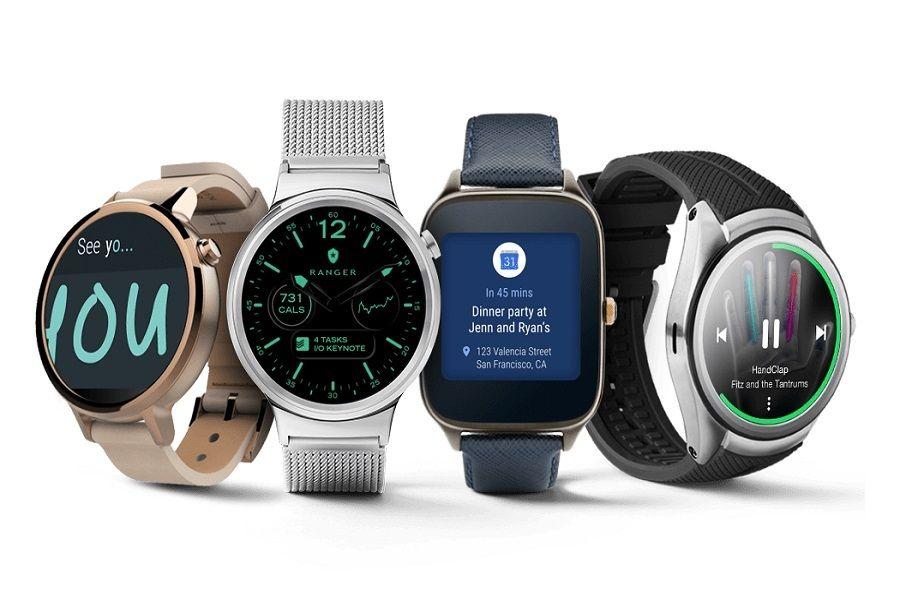 Keep in mind that this is the international version, so you'll need a European to American adapter plug for charging (a little inconvenient), and it does not offer Samsung Pay.The U.S. version will cost you slightly more than $200, but you'll be able to charge it in any wall outlet and you can use Samsung Pay, so it may be worth it for American buyers. It's available in black and silver in two sizes, including an oversized 46-millimeter version, which is great if you want to maximize visibility.

One reviewer wrote: "Love this product. Got it brand new for almost 100 less than the US warranty version. Battery is great. Screen is just big enough. And it tracks sleep. [...] Also super comfy and light. The silicone band feels like it's not even there."

You can't answer calls and you can't respond to texts, but other than that, the Letscom smartwatch fitness tracker does almost "everything an Apple Watch does," according to reviewers. It'll track your heart rate, monitor your sleep, and count your steps, all for a very low price. There's no GPS or smart assistant feature, but when connected to Bluetooth, the phone will alert you to incoming texts and calls and let you control the music playing on your phone. In short, if you want to stick to abudget and are looking for a cheap but worthy solution, this is the best option.

One reviewer wrote: "Ok so let's be real - this is an inexpensive smartwatch / fitness tracker. I use mine as mainly a smartwatch for time and notifications, although I do track my steps for the fun of it since it is there. That being said - this is very nice quality for the price."

4. The best smartwatch for fitness

If optimizing your health and fitness goals is your primary objective, go with the Fitbit Versa 2, which has more than 43,000 reviews and consistently high ratings on Amazon. As a best-selling member of the Fitbit family, this watch is geared toward those on the move, tracking your heart rate, steps, climbing, hourly activity, active minutes, swimming distances, sleep stages — you name it. It also has a built-in Alexa for voice activation, and the watch notifies you of calls, texts, and calendar alerts when your phone is nearby, and — if you have an Android — you can send quick text and voice replies. Plus, you can control music playing on your phone, or — for phone-free listening — you can download up to 300 songs that can be stored directly on the watch. You can also use FitBit Pay to make purchases, but there's one drawback to keep in mind — there's no integrated GPS, so you'll have to take your phone along if you want to track your route.

One reviewer wrote: "A great upgrade on the original. If you want a smartwatch that's more of a fitness tracker this is it. Comfortable, great apps and features, lots of storage for music, and a good value for cost."

Not quite ready to transition to a full-time smart life? The Fossil Q Machine Hybrid won't feel like a smartphone on your wrist, but it will keep you connected. It tracks your activity and sleep quality, and when your phone is nearby, it'll deliver call and message notifications with discreet vibrations — but you'll have to use your phone to reply. You can also use it to control your music, set alarms, and take photos remotely from your phone. Of course, this hybrid doesn't have advanced functionality like GPS, a pay feature, or a built-in smart assistant, but it looks nothing like a smartwatch, and it never needs to be charged — the standard-watch coin battery lasts up to a full year before you'll need to swap in a new one.

One reviewer wrote: "My husband loves it! Great hybrid to a full smart watch for a working guy. He likes how it has key features like notifications, steps and find his phone but without the high tech watch which he is afraid he would break or damage."

6. A fitness tracker with built-in GPS

The Garmin Vivoactive is activity-oriented, but it has something many other fitness trackers don't: a built-in GPS, so you can leave your phone at home when you head out for a run, hike, or ride. And if you opt for an upgraded version which is slightly more than $200, you can download up to 500 songs directly to the phone, so you can listen on Bluetooth headphones, without having to keep your phone at your side. (For comparison, that's 200 more songs than the FitBit Versa.)

Like other smart fitness trackers, it comes with pre-loaded workouts and it monitors heart rate, steps, and sleep quality — all while notifying you of incoming texts and calls when synced via Bluetooth to your phone. However, like many of the options on this list, you'll have to use your smartphone to respond. It boasts great water resistance for swimming, and when you're out and about, you can use Garmin Pay to make purchases. The one thing to keep in mind: Unlike the FitBit Versa which has a built-in Alexa, there's no integrated smart assistant with this option.

For a little extra money, you can opt for a version that's connected to Verizon, which will give tons of functionality — without having to use your phone at all.

One reviewer wrote: "The VA3 has so many options for customizing it. I can change data screens for different workouts, customize the watchface, change the order of screens, disable GPS for indoor workouts, set up custom workouts, etc. Many, many options."

Tags:  how to change the time on my letscom fitness tracker

The Gentleman's Essentials: What Fitness Watch to Buy? Here Are Some of the Best!