A HILARIOUS video shows stewards crash into each other while trying to catch a young Celtic fan who ran on the pitch at half-time.

The youngster was filmed running onto the pitch last night during Celtic's Europa League clash against Real Betis in the final game of the group stages.

The video shows at least three stewards sliding on the ground while trying to catch the fleet-footed pitch invader.

The footie fan can be seen dropping his shoulder and taking off in another direction as stewards struggle to get him.

One steward, wearing a red jacket, makes a dive for the boy but completely misses and ends up taking out his colleague in the process.

A large cheer can be heard from the crowd as the boy motors off into open space.

A third steward, wearing a high vis jacket, makes a run for the prankster but quickly ends up falling over his own feet, causing the crowd to cheer even louder. 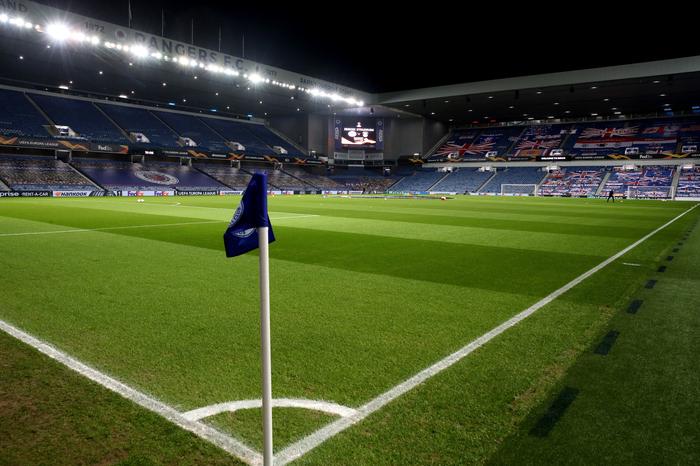 The clip ends as the young football fan finally gets caught after two stewards close in on him.

One fan said: “Some movement from the pitch invader, a couple of stewards on their a***s.”

Another said: “If he can do that with the ball at his feet, get him in to fill in the striker role for the rest of the month. We’ll need him.”

Someone joked: “That was a red card tackle every day of the week.”

And finally, another added: “What a shimmy from the wee man, left them in his wake.”

Celtic defeated Real Betis 3-2 last night as Ange Postecoglou rotated his side in the meaningless game in terms of qualification as Celtic were unable to qualify from the group.

The Hoops finished third in the group, behind Betis and Bayer Leverkusen, and will continue playing in Europe after Christmas in the UEFA Europa Conference League.

Celtic will join Brendan Rodgers’ Leicester in the knockout round of the competition, but they cannot face each other in the last 32.

How to chat on WhatsApp without appearing online