The Apple Watch is expensive, we know that. While you might like the idea of having the newer Series 7 with its bigger screen and fast charging powers, at $399, you have to be willing to pay a premium to own it.

Thankfully, Apple offers affordable options in its collection that do run on its latest smartwatch software and still give you that great core Watch experience.

Paying less does invariably mean you do miss out on some features. If you're wondering what those are, we've matched up the two more affordable Apple Watches we've spent of time testing, to make it clear what to expect.

There's a couple of things to take from that pricing above. The first is that there's a sizeable price difference in the cheapest available Series 3 and SE options.

Secondly, you don't have the option to add LTE on the Series3, so if you want that extra connectivity, you have to go for the SE.

Let's get into the subject of case sizes before we get into case materials, bands and everything else.

Case sizing is something differentiates the Series 3 and the SE.

The Series 3 offers 38mm and 42mm case options while the SE both offer larger 40mm and 44mm cases.

The screen of the Apple Watch SE is 30% larger than the Series 3, and the higher resolution display can show more data on apps or watch faces. It's also easier to navigate using the touchscreen.

We've appreciated the jump in screen size in Apple's most recent watches and if the idea of having more screen estate to play with appeals to you, then the SE are the ones to go for.

Something you won't get on either of these Watches though is an always-on display mode. That ability to keep the screen on 24/7 is only available on the Series 7 and Series 6 watches.

When it comes to the materials on offer for those cases, the Series 3 comes in aluminium as does the SE, with both missing out on the additional case material options available on pricier Watches. For colors, both offer silver and space grey looks with the SE offering the additional option of a gold look.

Bot of these watches operate in the same way. You have that touchscreen display matched up with a Digital Crown and a solo physical button that sits below that. That Crown on the Series 3 though lacks the haptic feedback included on the newer Watches.

There's also less storage kicking about on the 3 as well with its 8GB looking small in comparison to the 32GB you'll get on the SE.

All models include built-in speakers and microphones to unlock support for things like Siri, though the SE and include a new version of that setup to offer an improved performance.

When it comes to bands, Apple has been pretty good on making sure its newer bands can work with older models. So you can expect new Sport and Loop bands to be available to use for both of these models.

If you care about water resistance (and we sure you do), the good news is that the Series 3 and the SE are swim-proof up to 50 metres and include dedicated swim tracking features for both pool and open water swimming.

When you compare designs, the SE gives you those larger case options, an additional color and the haptic feedback support with the Digital Crown. The design language remains largely the same, though we'd say the Series 3 does a feel a little boxier in comparison. Ultimately though, you're getting two very well made smartwatches here that most will be happy with here. 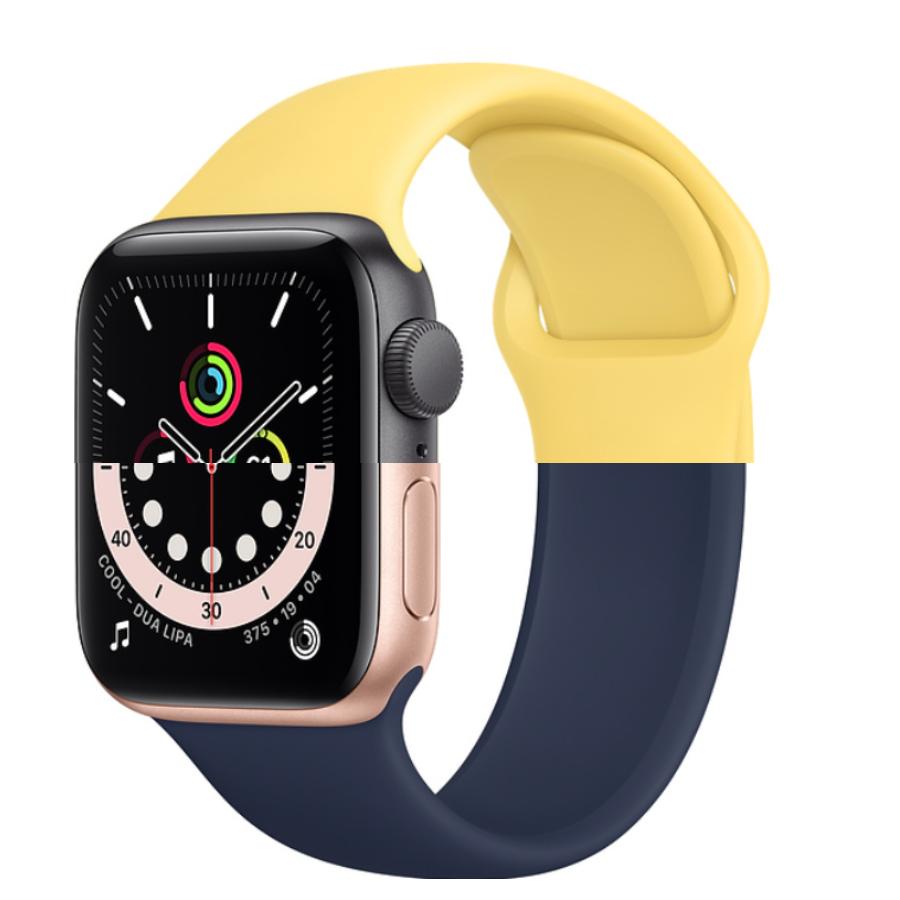 Apple's latest watchOS 8 update is compatible with both the Series 3 and the SE to offer the latest software upgrades. That includes new mindfulness features, the redesigned Photos app along with general tweaks.

The Series 3 does miss out on some of those new features. So new Portrait watch faces and the CarKey functionality is missing in action. Though the latter is missing on the SE too, as it lacks the U1 chip found newer Apple Watch models. The SE uses Apple's W3 chip compared to the W2 wireless chip included in the Series 3.

That includes Apple Pay, support for services like Apple Music and offer access to the Apple App Store to download third party apps. However, the Series 3 only has 8GB of storage compared to 32GB on the Watch SE – so there's a lot less room to store tunes.

In terms of other features you'll get on the SE that you won't get on the Series 3, the key ones include Family Setup, which can give the Watch more kid-friendly features when using cellular versions of the Watch.

If you want your Watch to be useful in an emergency situation, the SE offers more on that front. it offers support for Apple's Emergency SOS features, international emergency calling and fall detection. The Series 3 in comparison offers just the Emergency SOS support.

We've mentioned speakers and mics, which features across the board. On the SE, those speakers are 50% louder and the mic unlocks the Noise app to help you monitor exposure to noise pollution.

The SE will give you newer internals, which does mean it's likely to be more capable of running future watchOS updates without issues. That's something to definitely keep in mind here. That core experience will be there on the Series 3, but it could really start to show its age as Apple looks to add new software features.

With every new iteration Apple has improved the ability for its smartwatch to be your fitness tracker and sports watch in one.

We've seen swim tracking added, one of the best fitness tracking ecosystems and you have a host of apps available to give you the freedom to track runs, rides and other activities how you want to.

The arrival of watchOS 8 also brings more features like new workout modes, but the Series 3 misses out on the cycling detection and fall detection modes introduced in the latest OS update.

If you like spending time outdoors hiking or trail running, you'll only find a compass on the SE.

Apple has also introduced its new Fitness+ workout subscription service where the Watch is at the heart of how it all works and tracks activities.

Whether you have the SE or Series 3, you're good to go in terms of making use of the service when it's up and running.

We'd say if you want something to track runs, swims and home workouts, you're well served by both Watches on that front. The SE though might get you a little extra in terms of metrics and modes for that outdoor exercise time.

Apple has talked up the health monitoring capabilities of its Watches particularly with its most recent models and you will see some disparity between what these two watches offer on that front.

Both offer heart rate monitors to offer high and low heart rate notifications as well being able to indicate irregular heart rate rhythms. You will also have access to third party apps that will seek to offer richer health insights even if those bigger sensors are missing in action.

Both miss out on the ECG sensors you will find on the Series 7 and Series 6 watches and the also lack the blood oxygen measurements, though those measurements aren't designed for health monitoring purposes currently.

The new respiratory rate measurements during sleep introduced on watchOS 8 are available for both watches for those richer sleep insights, but again, these don't carry the same regulatory approval as features like Apple's ECG sensor to indicate health issues.

Away from physical health, Apple is looking more at your mental health too. So with the SE and the Series 3, you do get Apple's latest mindfulness app, which includes guided breathing features and the new Reflect sessions.

When it comes to battery life, it's very straightforward to explain the numbers. Apple stated up to 18 hours in the original Apple Watch and that hasn't changed.

Now what has changed based on our experience is that every new Apple Watch has managed in excess of 24 hours – and more like 36 hours. That includes all-day wear, a short workout and nightly sleep tracking.

It does still trail behind smartwatches from the likes of Samsung, Garmin and Fitbit on pure numbers though.

Ultimately, go for the SE or the Series 3 and you're getting largely the same level of battery life with some capacity on the newer SE to conserve its power a little better to eek out a few more hours of Watch time.

Which Apple Watch should you choose?

So what are the big takeaways from looking over the spec sheets for the Watch SE and the Series 3?

The Watch SE might well miss out on some of those big health features found on the Series 7 and Series 6, but it does match them in most other departments including sports tracking and core smartwatch features.

The newer design and bigger screen means you get a much better experience than the Series 3, which is increasingly looking dated and boxy. We don't think you'll regret the extra $79 in the long run.

If you're an iPhone user looking at the likes of Amazfit, Huawei or other budget smartwatches, and you can't/won't pay more, the Series 3 is still a great smartwatch that still gives you access to what Apple does best.

It's a solid smartwatch with top fitness tracking and sports capabilities.

But we believe that the older hardware, smaller storage, slower processor and dated design make paying $79 more for the SE worthwhile – and last longer on your wrist.

However, the Series 3 is still a heavyweight in its price bracket, whichever way you slice it.

Buy from Apple
Tags:  does the 38mm band fit the 42mm apple watch

Will Google's Pixel 6 and Pixel 6 Pro work with 5G? The answer is complicated