Location
Home → Article → Will Google's Pixel 6 and Pixel 6 Pro work with 5G? The answer is complicated

Google's new Pixel 6 and Pixel 6 Pro, introduced at Google's Oct. 19 Pixel event, both seem poised to rival the iPhone 13 and the Galaxy S21 as the best phones of 2021. They boast impressive cameras, fast processors and stylish designs. Where Google appears to differ from its Apple and Samsung rivals, at least on the first few days of preorders, is in whether its new phones will work with the latest 5G networks.

The short answer? It's complicated, particularly if you're looking to buy a phone directly from a carrier or unlocked from Google itself, or from a third party like Best Buy. Whereas you can buy a new iPhone 13, put your SIM card in and know that it will be able to use the latest networks from your carrier, the same can't be said right now about the Pixel 6.

At issue appears to be interpreting a mix of several unclear web pages from the search giant. Google's main Pixel 6 and 6 Pro tech specs pages all list two different models: one that supports all flavors of 5G -- millimeter-wave and "Sub-6" (which is a term that encompasses mid- and low-band 5G) -- and another that supports Sub-6 networks but not millimeter-wave.

A support page, meanwhile, says the Pixel 6 will support all flavors of 5G in the US, while the 6 Pro will be limited to just the millimeter-wave flavor.

It's a mess, but here is what we know right now and what you should know if you're thinking of buying Google's latest phones.

With the Pixel 6, Google initially appears to be sending mixed messages. Depending on which page and fine print you look at, the device may or may not have been listed to work with all versions of your carrier's 5G network.

And there does seem to be a discrepancy, both in the devices and the pricing. Verizon confirmed to CNET that buying a Pixel 6 or 6 Pro directly from Verizon will get you a phone that works on all of its flavors of 5G, millimeter-wave and Sub-6.

There is, however, a premium for the Verizon Pixel 6. When buying directly from Verizon the phone will cost you $700, or roughly $100 more than Google charges for an unlocked Pixel 6 purchased directly from the Google Store. The 6 Pro starts at around $900 from both Google and Verizon. 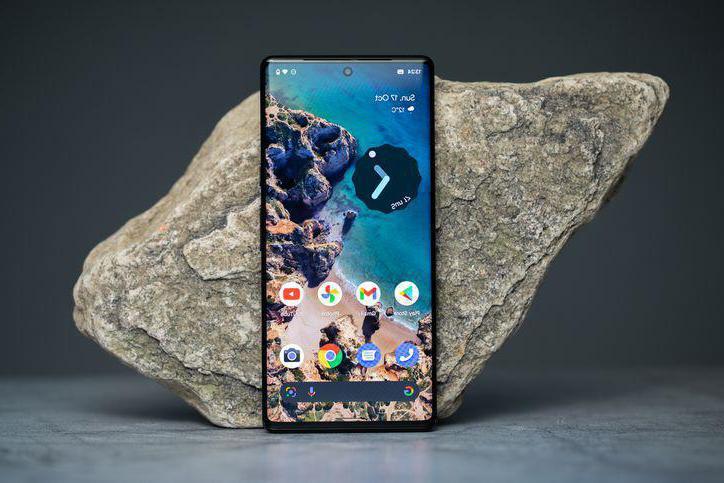 AT&T tells CNET something similar. When buying directly from AT&T, both the Pixel 6 and 6 Pro will support millimeter-wave and Sub-6 versions of 5G. AT&T's issue? Its pricing starts at $740 for the Pixel 6 and $940 for the 6 Pro, both higher than what Google charges for unlocked versions. A representative for the carrier did not share a reason why its pricing is more expensive.

T-Mobile, meanwhile, matches Google's pricing of $599 for the Pixel 6, but its model only supports the midband and low-band versions of 5G, not millimeter-wave. For the 6 Pro, T-Mobile supports all flavors of 5G, and the price is similar to Google's.

On Wednesday afternoon Google confirmed to CNET that the unlocked Pixel 6 available from its store will only support Sub-6 5G networks at all three US carriers. The unlocked Pixel 6 Pro, however, will work with both millimeter-wave and Sub-6 versions of 5G.

The different flavors of 5G

As people have been holding onto their phones for longer, it makes sense that when buying a new device today you'll want it to be capable of tapping into the latest 5G networks for the next few years.

US carriers, namely Verizon and AT&T, have been actively deploying millimeter-wave 5G across parts of several dozen cities (plus stadiums, arenas and airports) around the country. Verizon, in particular, has been touting its millimeter-wave network (called "Ultra Wideband") in its early 5G marketing over the last few years.

T-Mobile has done some millimeter-wave 5G rollouts, but has largely focused on the other Sub-6 forms of 5G.

Millimeter-wave is the fastest version of 5G. It has download speeds that can reach several gigabits per second but it suffers from severely limited coverage, particularly outdoors where it can be limited to just a few select blocks in a city or sections in a stadium. It also struggles to penetrate indoors.

Low-band 5G offers the best coverage and can work fine indoors, but it often has speeds equivalent to a good 4G LTE connection.

Midband 5G, as its name implies, offers a middle ground between the two: significantly faster speeds than 4G LTE while still covering a wider area and working indoors. T-Mobile has been the most active of the US carriers with deploying midband 5G thus far (what it calls Ultra Capacity), and has previously said it plans to cover 200 million people nationwide with this service before the end of 2021.

AT&T and Verizon have each spent billions of dollars this year buying up midband spectrum known as C-band, and both plan to begin deploying these networks at the end of this year and into early 2022.

Both carriers said on Oct. 19 that the Pixel 6 and 6 Pro they're selling should be compatible with their respective C-band networks. T-Mobile said on Oct. 20 that both Pixel phones would support its C-band network that's slated to start rolling out at the end of 2023.

Google said on Oct. 21 that unlocked Pixels will be able to get a software update to enable support for C-band, but that it will be up to the carriers to certify the unlocked phones to allow the devices to work on their respective networks.

What should you do?

Currently, carrier support for the Pixel 6 is a big problem. Nobody wants to buy a phone, find out it doesn't work as expected and then have to return it and go through the process again. But right now the only way to know you're getting a Pixel that works with your carrier is to buy directly from that carrier.

For T-Mobile users, the Pixel 6's lack of a higher-frequency 5G such as millimeter-wave is far from a deal-breaker for the regular Pixel 6, at least in the short term. The carrier already has a robust midband 5G network, has not really deployed millimeter-wave and its C-band network isn't coming until the end of 2023.

For those with AT&T or Verizon, if you're able to take advantage of a trade-in or upgrade deal, then buying directly from the carrier might not be a bad option. The promotion and trade-in could offset the price difference between buying from a carrier or buying from Google.

Buying this way seems to be the safest way to ensure that the Pixel you're getting will work with the major network improvements both carriers are set to deliver over the next few years.