As a season, spring symbolises rebirth, rejuvenation and renewal. It’s when the days really get longer and the London weather becomes a little friendlier – at least in theory. So, this makes it a perfect time to expand your horizons and start saying yes to the things you passed on in January and February. With this in mind, here’s a guide to some unmissable events taking place in London this spring, from cool cultural happenings to tasty food festivals.

Watch a huge star on stage or a high-profile revival

After weathering another tricky winter, the London theatre scene is absolutely buzzing this spring with a mix of big-name debuts and feverishly anticipated revivals.

Jodie Comer makes her West End debut in ‘Prima Facie’, a hard-hitting monologue with music by recent Time Out cover star Self Esteem.

Tempt your tastebuds at a food fest or buzzy bar opening

Now that the weather is warming up a bit, it’s time to give your Deliveroo account a rest and sample the many vibrant flavours that London has to offer. Whether you’re into street food or red hot restaurant openings, there’s sure to be something to whet your appetite.

Try everything from a piccolo to an oat milk latte at London Coffee Festival, a four-day bean bonanza at Brick Lane’s Truman Brewery.Toast an early summer at The Rosé Festival, an extravaganza of wine, food, live music and entertainment at Fulham Palace.

Kick off festival season early with some amazing live music

Who says festival season doesn’t start till June? There are some absolutely brilliant live music events taking place in and around London from April onwards.

Catch performances from Shame, Self Esteem and Baxter Dury, plus loads of talks and workshops, at DIY Alive.

Soak up everything from leftfield indie to jazz and techno at Wide Awake Festival, a two-day bash in Brockwell Park.

Catch a movie that everyone is going to be talking about

When the April showers hit – and you know they will – there’s nothing cosier than hunkering down in your favourite local cinema with some A-list acting talent. 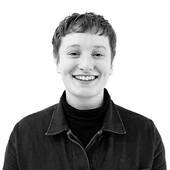 Maggie Smith will be dishing out zingers while the aristocracy modernises very, very slowly in ‘Downton Abbey: A New Era’.

Alexander Skarsgård stars as a Viking warrior in ‘The Northman’, an action epic from ‘The Lighthouse’ director Robert Eggers.

Feed your imagination at a unique cultural festival

Whatever you’re into, London has plenty to do in March and beyond.

BFI Flare Festival shines a spotlight on the best LGBTQ+ cinema from around the world.

Fragments is a six-day celebration of T.S. Eliot featuring talks, readings and musical performances held in the City of London’s 22 churches.

Feed your brain at a landmark museum opening

London has some genuinely game-changing museums opening this spring, so you can banish memories of boring school trips for good.

The Vagina Museum – the first of its kind in the world – has found a permanent home: on Victoria Park Square in Bethnal Green.

Pick up a statement piece that isn’t too spenny

Art needn’t be out of reach this spring as a smattering of accessible and utterly unpretentious art fairs roll into town.

London Art Fair finally returns a little later in the year than usual, with over 100 galleries exhibiting at it this April.

Aiming to democratise art collection, The Affordable Art Fair has originals on sale for as little as £50 at its Hampstead edition in May.

London Craft Week brings together more than 400 established makers, creators, designers and brands from 25 different countries around the world.

Whatever you’re into, London’s museums and galleries can offer an instant culture fix this spring with a genuinely varied range of openings.

Delve into five centuries of UK news coverage at the British Library’s Breaking the News exhibition.

Geek out at Superheroes, Orphans & Origins: 125 years in comics, a major exhibition about foundlings, orphans, adoptees and foster kids in comics.

Luxuriate in Tate Britain’s retrospective dedicated to Cornelia Parker, one of the most mesmerising British artists working today.

Explore the works of the master of torment at Edvard Munch: Masterpieces from Bergen.

Pay your respects at Falklands 40, the Imperial War Museum’s display marking the 40th anniversary of the Falklands War.

Get in some exercise ahead of summer

But only if you feel it, of course.

Hackney Moves is a three-day outdoor fitness festival with plenty of classes for exercise newbies and dedicated sweat lovers alike.

Exercise your mind at Now Play This, London’s leading festival of experimental games.