Naomi Osaka is seen speaking with WTA supervisor Clare Wood after play was disrupted by a shout from the crowd during the BNP Paribas Open on March 12, 2022 in Indian Wells, California.

The vibe was much more positive on the court and off following Naomi Osaka's latest tennis match.

After defeating Australian Astra Sharma 6-3, 6-4 in her first-round match at the Miami Open, the four-time grand slam champion told reporters she was feeling better."I don't know if I'm allowed to say this, but I finally started talking to a therapist after Indian Wells. It only took like a year after French Open," Osaka said, referencing when she was heckled by a fan at the BNP Paribas Open in Indian Wells, California, on March 12, and when she withdrew from Roland Garros in Paris last year after opting not to speak to the media at the grand slam event, citing her mental health. 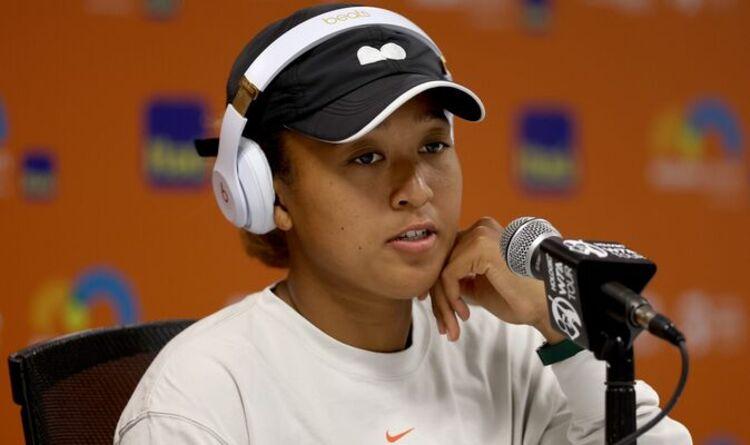