People that live close to the A4 in Berkshire have complained that the road is causing them distress due to increased traffic and speeding.

Those who have been affected believe that the rollout of the M4 smart motorway has increased the volume of traffic in recent years and they are urging Wokingham Borough Council to try and fix the issues.

Those who live near Kiln Green and Hare Hatch in Reading assert that the road is becoming increasingly busy and "very unsafe" as many drivers speed as they know there are no speed cameras in the area.

READ MORE:Mercedes driver arrested after crash at A4 roundabout

They also say that the loud noise disturbs their sleep.

The noise has affected plenty of people who live in the area and The Scarletts Lane Residents' Association has written to the council about the issue.

The letter references numerous issues with the roads including "heavy trucks" that "have been forced on to roads which were not made to take that weight".

There is also poor signage and road markings with some "signs damaged or obscured by advancing undergrowth".

One person said that they had noticed that in the late evening and early hours of the morning vehicles are travelling much faster due to less traffic being on the road and says that this creates even more noise.

With all of this in mind, parents believe that "it is becoming very unsafe" for children to cross the road.

People believed that the introduction of the M4 smart motorway has increased the volume of traffic by unbelievable measures on the A4 as people are scared to drive on a smart motorway.

One resident pays testament to this, having lived next to the A4 for 21 years.

Karen Robinson said: "I live opposite Dobbie's Garden Centre on the A4. I have lived here for 21 years and the speed when we first arrived was 60mph so getting it dropped to 40mph all that time back was great. 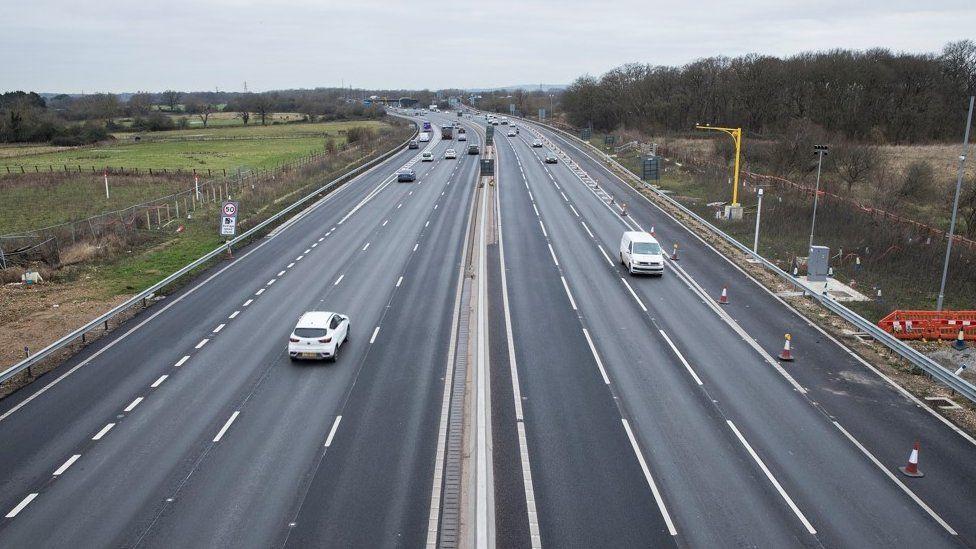 "However this is no longer observed and the traffic knows that this stretch is unpoliced therefore they do whatever they want now.

"Since lockdown and the shutting of the M4 over the past three years, the road has really started to become a problem.

"I have written to the council and Mrs [Theresa] May regarding the issue and I was politely told the speeding wasn’t an issue and that most traffic is not breaking the speed limit. Which we all know is a load of rubbish.

"We also have an issue with the big trucks breaking the manhole covers which I have reported over and over but nothing ever gets done.

"My main concern is the children crossing the road to walk to school, it is becoming very unsafe and I would like to try and work with someone to get and speed limit enforced in the area and the road and footpaths surfaced to make them safer.

"Also having a driveway that is straight onto the A4 is kind of scary as the traffic just does not slow down."

Karen mentioned that she has two children who go to school in the area and said that there isn't a proper crossing for them "just a traffic island".

Signing up to the BerkshireLive newsletter means you'll receive our daily news email.

It couldn't be simpler and it takes seconds - simply press here, enter your email address and follow the instructions.

You can also enter your address at the top of this page in the box below the picture on most desktop and mobile platforms.

Changed your mind? There's an 'unsubscribe' button at the bottom of every newsletter we send out.

Susan and Brian Cakebread also live next to the A4 and have said that the noise is so loud it disturbs their sleep.

They said: "We have noticed in the last few weeks that the house is shaking again at night when the big lorries thunder along the A4.

"The noise disturbs our sleep and I think the problem is only going to get worse since all the publicity in the papers over the past few days concerning the 'death trap' smart motorways."

Best fitness tracker: the best fitness bands and watches to optimize your health

39 Technology Apps for Android for All Your Needs