The Display Goes Dim Quickly for a Reason

In most situations and with most smartwatches, the display is the biggest consumer of power. With extremely limited space to cram a battery, something has to give, so the solution is to only fire up the display when needed. Otherwise, you’d be charging your watch two or three times a day. Then you’d be really upset.

Pebble display may be always-on, but the backlight sure isn't (Credit: brad Moon)

Pebble has this particular issue largely solved thanks to its use of E-Paper displays, but even Pebble owners have the frustration of the backlight staying lit for only short periods in dark conditions. Without the backlight, that always-on display may as well be off if you aren’t in a reasonably well-lit room.

The second issue is the potential for image retention and even burn-in. Smartwatches with an LCD display don’t need to worry about this, but many popular models like the Apple Watch and Samsung Gear 2 use OLED. This technology makes the display pop, but if displaying a static image for extended periods of time, OLED can suffer image retention, where the image displayed takes a long time to fully disappear. In a worst case scenario, it could potentially suffer permanent screen burn-in. With a smartwatch display offering the perfect worst-case scenario for these technical issues -- a watchface image that could remain essentially static for hours at a time -- it’s probably a good thing we aren’t at the point of always-on capability for most smartwatches.

That being said, if you’re willing to take a bit of a hit on battery life, there are ways to tweak the defaults manufacturers use to boost the duration the display and/or backlight stays on for longer. 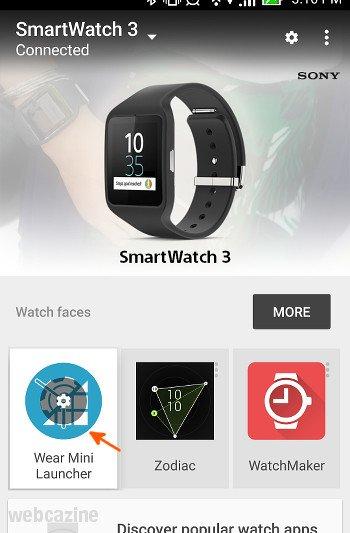 This combination ensures the Apple Watch display will turn on when it senses your wrist is raised. And when you tap the display, you get over one minute before it shuts down again. Unfortunately, there is no setting that boosts the duration the screen remains on after raising your wrist. So tap on...

Pebble is unique among mainstream smartwatch offerings in that its display is always-on. However, that doesn’t mean it’s always visible. It often benefits from the use of its backlight and the default settings are aimed at optimizing battery life.

Here’s how you tweak it.

On your Pebble smartwatch, navigate toSettings, thenDisplay. You want to make sureMotion EnabledandBacklightare on, to get you the basic functionality of triggering the backlight with a quick wrist rotation. From there, hit up theTimeoutsetting and select the maximum:8 Seconds. That’s still not a lot, but it’s better than the five second default.

Changing the display timeout duration on Android Wear is currently a bit tougher than with Apple Watch or a Pebble. Tougher as in Android Wear doesn’t offer a setting to control this function.

Fortunately, there are third party solutions in the form of apps. WatchMaker (available in a free and paid version) is one popular choice. With the custom watch faces this app provides, you have the option to choose a different timeout period than the Android Wear default.

StayLit is another choice that gives you even more freedom. This paid app doesn’t require you to use its own watchface so you can stick with your favorite, but it adds the ability to set the screen timeout in a range of increments, all the way up to 5 minutes -- with the ability to force the display to remain on until you physically turn it off.

That last one probably isn’t the best idea though, based on my whole “screen goes dark for a reason” arguments.

If you're desperately trying to eke the maximum battery life out of your smartwatch, then you'll have to live with the screen timeout defaults. But if you've come to grips with nightly (or weekly for Pebble people) recharging, then boosting the display time a bit to make the smartwatch more usable is a reasonable compromise that won't have a major impact on your current charging schedule.

Tags:  how to change time on lintelek fitness tracker

Introducing the mothers and daughters forging their own style dynasties