A brand new Casio G-Steel watch looks set to land very soon, according to details leaked by a Malaysian retailer. The G-Steel GST-B500 series would be a follow-up to last year's B400 range, and looks set to be even thinner.

Details of the new G-Steel series appear to have originated on the Facebook page of watch store Goldblitz Sdn Bhd, and were were picked up by eagle-eyed writers at Casio fan blogs G-Central and CasioBlog.com. According to the snippet of information released, the new watches are due to land in Japan next month, and if they follow the same pattern as previous G-Steel watches, we can expect a global launch shortly afterwards.

The new watches are said to be /.1 mm thinner than their predecessors; a tiny amount, but an impressive feat of engineering nonetheless considering the B400 series were Casio's thinnest G-Steel watches just a year ago. 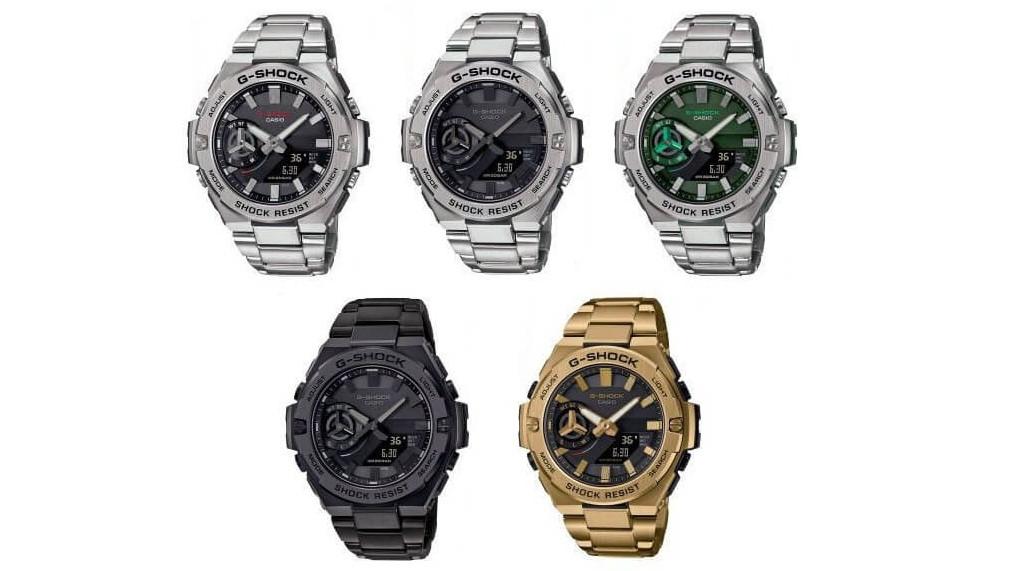 Like all G-Steel watches, the five new models will have Casio's Carbon Core Guard structure to protect their components from shocks and knocks. They have the same stainless steel bracelet and bezel as the B-400 series, but the face seems to be slightly simpler, and the negative LCD display is now all one piece rather than divided into two sections.

Time for a change

The B-400 series was the thinnest G-Steel watch when it launched in 2021, and the B-500 seems to be carrying across many of its design features, including its generously sized buttons. We can't be certain just yet, but from the leaked photos it appears that the new model also has the same fiber-reinforced resin case underneath its polished metal bezel, which helps minimize weight.

Despite its slimmer size, the B-500 also seems to have retained the B-400's Bluetooth module. Unlike the G-Squad Pro released last year, this isn't a dedicated running watch or smartwatch, but you'll be able to make a few small tweaks such as changing world time settings through the Casio Watch smartphone app.

There's no information on pricing yet, but we'll keep you updated with more details of the B-500 line as soon as it arrives.

Tags:  how to change time on fitness tracker

Fitbit Versa 3 vs. Sense: Which should you buy?

17 Lock UPP Contestants and their Controversies in the past