If you’re trying to get in shape and you want a tiny, wrist-bound computer to help you do it, you have more options than ever before. Fitness trackers come in all shapes, colors, and price tags, with newfangled sensors and features to stand out to customers. But for doctors and scientists studying how exercise can help people deal with disease, the landscape is much simpler. There’s Fitbit, and then there’s everyone else.

Like most fitness trackers, Fitbit’s devices are far from perfect. They can count steps pretty well and give a good idea of activity levels day to day. But they haven’t yet cracked the code on caloric burn—which is kind of a big deal for understanding weight loss. And the ones equipped with Fitbit’s proprietary heart rate monitoring tech are on even shakier ground; the company is part of an ongoing class action lawsuit alleging dangerous inaccuracies. But that’s not stopping a growing number of medical researchers from flocking to Fitbit for use in clinical studies of everything from arthritis to sleep apnea to cancer. 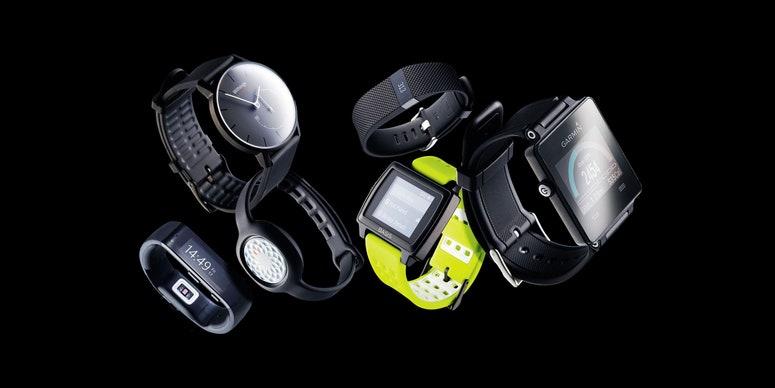 Since 2012, scientists have published 457 studies using Fitbit device data, nearly half of them in 2017 alone. According to a recent analysis in the Journal of the Federation of American Societies for Experimental Biology, that puts the company well ahead of its competition. In clinical trials that used consumer activity monitors, a full 83 percent outfitted trial participants with a Fitbit. For NIH-funded research, that number rose to 95 percent.

Some researchers, like Sheri Hartman, a psychologist at the University of California San Diego, gravitate toward Fitbit devices because they deliver information without being burdensome for her patients—breast cancer survivors struggling with brain fogginess and other cognitive declines following treatment. They just have to keep it charged and wear it, that’s it. Fitbit, and its data-crunching research facilitation partner, Fitabase, do the rest.

Fitabase, if you haven’t heard of it, is like Fitbit’s personal digital plumber. The company has built a connection to Fitbit’s API that allows it to pipe out user data to scientists. Since it launched in 2012, Fitabase has collected over 3.5 billion minutes of Fitbit data on behalf of research customers at places like John Hopkins, MD Anderson Cancer Center, and the Dana Farber Cancer Institute.

For Hartman, Fitabase collected three months’ worth of data on a randomly-selected group of 43 women who had recently received chemotherapy or surgery for breast cancer. They, along with a control group which received health-related emails, were given the goal of exercising 150 minutes per week. Both groups were asked to wear a clinical-grade accelerometer for a week before and after the study to see how much their baseline activity had improved in three months' time. But only half of them received fitness trackers and access to a UCSD researcher to track their goals. Sticking with new lifestyle changes is hard, and Hartman’s team was testing how well the wearables helped keep subjects accountable to their plans.

Daily Deal: Grab the Galaxy Watch 4 at an 11% discount - SamMobile