Location
Home → Article → Ziyech pleased to put frustrations behind him

The winger has had to contend with bad luck on the injury front right from the start of 2021/22, when a shoulder problem picked up after scoring in our UEFA Super Cup victory disrupted his opening to the campaign.

It has been a theme which has continued, despite the Moroccan producing arguably his best performances in a Chelsea shirt so far, with those set-backs seeming to arrive just as he is hitting top form.

‘It’s crazy,’ said Ziyech. ‘Every time when you’re doing well you get an injury or whatever, something bad happens, and then you always have to start over again and over again.

‘With injuries it always comes at a bad moment. The games are coming quick behind each other and there is also not a lot to work harder on. If you didn’t play you do a bit harder training session than all the others, but it’s not always the fitness that you need when you come back after injury.’

The 29-year-old’s frustration has never been clearer than when he was forced to leave to pitch with an injury during the first leg of our Champions League win over Lille, but he feels he is back on the right track after returning to the side to score on his birthday in our last match, another victory, this time against Middlesbrough in the FA Cup. 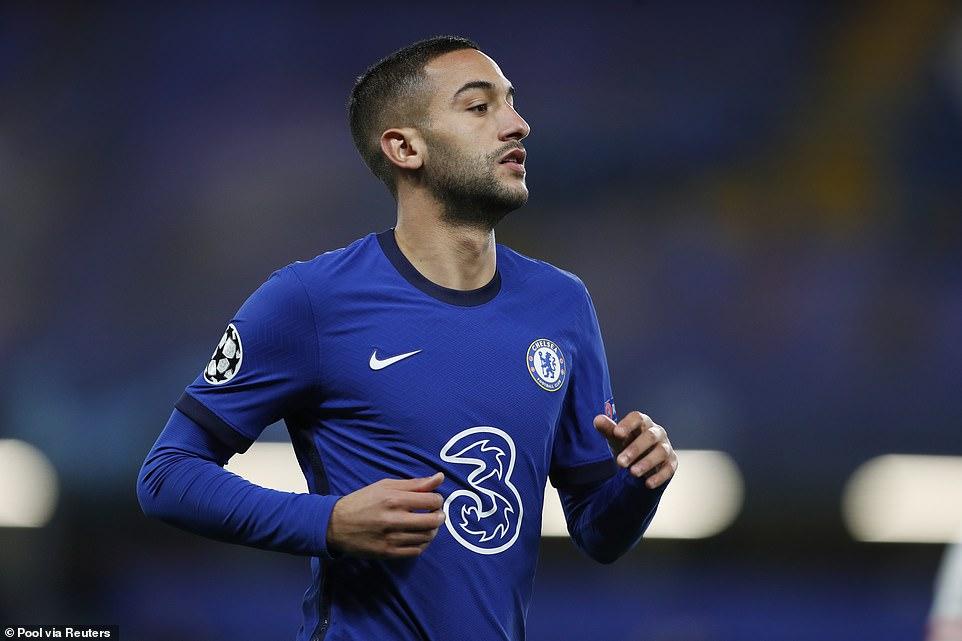 ‘I’m good. I’m getting better every week again. I just came back from an injury, of course, but it goes well and everything is fine. Right now I think I’m in a good way. I had a good period behind me and I try to do that again.’

Those injuries have been even more frustrating for Ziyech as they come after he worked so hard to adapt to the new system introduced by Thomas Tuchel and settle into a role in the German’s team, admitting he found the adjustment more difficult than some of his Blues team-mates.

‘Everybody knows I think if I play wide it’s my best position, so if we play four in the back most of the time I play on the right and when we play a back five there’s a different system, but I think during the time since he came in I adapted really good.

‘I think I had a bit more problems than most other players because I never used to play in a back five. I needed some time and I took that time to adapt and to learn from it and improve and I think if you see me at this point in that role it’s much better than in the beginning.’

In the rest of the exclusive interview, Ziyech discusses his habit for scoring spectacular goals, explains why instinct plays such a big part in his game and looks at our chances of picking up more silverware this season. You can watch the full interview and a closer look at his latest goal against Middlesbrough in the videos above.

Edouard Mendy and his Senegal team-mates know they must win at home on Tuesday to have any chance of qualifying for the World Cup after being beaten in the first leg of their play-off.

The date and kick-off time for our FA Cup semi-final clash with Crystal Palace has been confirmed, along with broadcast details, while a date for Chelsea Women's last-four tie with Arsenal has also been announced.

Tags:  how to set time on fitness tracker

From Fitbit To Apple Watch Black Friday Deals, Here Are The Best Offers On Fitness Watches