Location
Home → Article → What to do if Sense, Versa 3 or other Fitbit wearable is not charging

Fitbit activity trackers and smartwatches are amongst the most popular wearables out there. But let’s face it, as much as we like them they are not perfect. Problems can happen. This article is part of our series on how to fix the most common issues. Here’s what to do if your Sense, Versa 3 or other Fitbit wearable is not charging.

This is a particularly frustrating problem. Without juice in its battery, the fitness tracker or smartwatch on your wrist is totally useless. So it is important to resolve this problem as quickly as possible. After all, you do not want to miss out on getting credit for the steps you’ve made, the calories you’ve burned and sleep hours you have put in.

The table below shows how long your Fitbit should run. This is on a full charge. The stats of course depend on how much you use your wearable.

For example, if you use the built-in GPS on your Charge 5 or 4, Versa 3 or Sense, its battery life will shrink drastically. So use the numbers below as a ballpark figure.

Remember, you can check your battery level on most Fitbits without reaching for your smartphone. The other option is to open the smartphone app. Click on the Today tab and you’ll be able to see how much juice is left in the top left corner.

What to do if your Fitbit is not charging

Remember, you cannot overcharge your activity tracker or smartwatch. So don’t worry if you leave it plugged in overnight. In fact, it might be a good idea to do this once in a while. If you choose to do so, it is also perfectly okay to charge your Fitbit every day. Luckily, unlike Apple Watch owners, Fitbit owners are not forced to do this. Fitbit wearables can go for multiple days without charging.

Having said that, there are batteries that must be occasionally discharged fully in order to properly charge. So it is not a bad idea to do this as well occasionally.

When your Fitbit is fully charged you should see a 100% battery level or a solid battery icon with a smile face. What you see depends on the device you have. Here are a couple of examples.

A rather useful feature that not many people do know about are battery alerts. You can set these up to avoid unpleasant surprises. The alerts will pop up on your phone or arrive by email. Switch them on by:

You can also set the alerts up from the fitbit.com dashboard.

If your Fitbit is not charging, or not charging fully, test out the solutions below. They are quick and simple so should hopefully get your Sense, Versa, Charge or other Fitbit working in no time.

This is the default solution. It is the first thing you should always try. 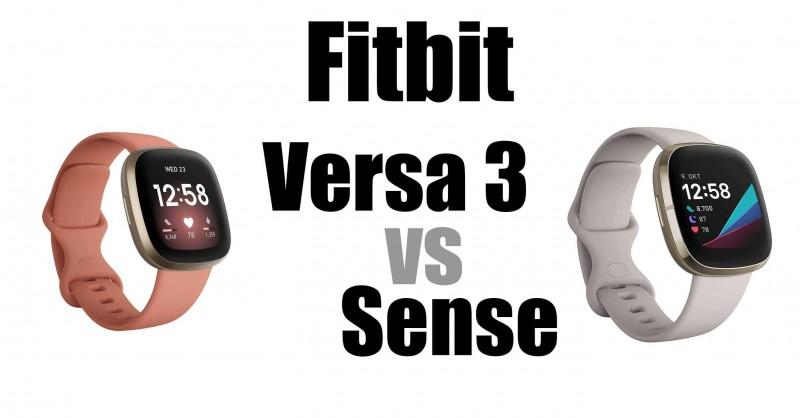 Restarting your tracker will often fix any internal problems that it might be having. It is also the go-to troubleshooting step if your Fitbit is not responding to button presses, taps, or swipes, if it is not connecting to the app or if it is not tracking your activity.

A hard-reboot of your fitness tracker restarts the device, but does not delete any data. So you need not worry that you will lose anything. We’ll use the most popular Fitbit trackers as examples on how to restart.

On the Charge 3 or 4, press and hold the button on the left of its screen for 8 seconds. When you see a smiley icon and the tracker vibrates, your tracker has restarted. You are now ready to use it again.

To restart your Versa, Sense or Ionic, press and hold button until you see the Fitbit logo on the screen. This should take less than 10 seconds. Let go of the button.

For devices without a physical button, you will need to navigate to the settings in order to restart the device. Examples of this are Charge 5 and Luxe.

If the above solution has not resolved the issue, the next step is to make sure dust and debris are not preventing the device from charging properly. This is actually the most common issue that prevents refueling. Dirt can accumulate over time on the device and charger, particularly when you exercise and sweat. So make sure you carefully clean both.

When cleaning the tracker, use a cotton swab and rubbing alcohol to wipe the charging contacts. Use a gentle touch and don’t scrape it with anything that can damage the plating. Dust off and dry with a cloth or tissue before attempting to charge. You can even use a toothbrush to clean the thing.

It is worth noting, devices with altimeters have a small hole on the back of the device. Don’t insert any items into this hole as it may damage the wearable.

The procedure to clean the charger is pretty much the same. Simply wipe the pins with a cotton swab and rubbing alcohol. Dust and dry off when done and make sure that no pieces of the swab are left behind.

Still not working? There may be something wrong with the USB port. Try plugging your charger into a different port. A UL-certified wall charger will also work. Avoid using a USB hub.

The solution is the same if you are getting the message “”insufficient power source”. In this case you can also try and remove some of the other devices plugged into that same power source. This might resolve the issue.

The other message that you might be getting on some of the newer devices such as Sense is “slowly charging”. Try the same solution.

The problem may resolve itself if you do a simple realignment to the charger. This may connect the pins to the device if they were not positioned properly. Move it slightly around to see if a connection is established. Or remove the tracker entirely from the charger and reattach it.

Furthermore, you should also make sure there are no metal objects such as jewelry, nearby your Fitbit as it charges. After your device is charged, unplug the charging cable.

If your battery is down to zero, it might take a while for the charge to start. Make sure to leave it plugged in at least half an hour, preferably longer – even if it gives no indicators that it is charging.

The same applies if you have not used the Fitbit for a few months. Its battery will be totally depleted. Plug it into the charger and let it sit there a while.

Here are some other troubleshooting steps that are worth trying.

Hopefully one of these solutions will have helped your problem. If not, there is the odd chance the charger itself is faulty. If this case you will need to replace it with a new one. The other possibility is that the battery has gone dead. All batteries go dead sooner or later and the ones in your Fitbit are no exception.

In this case it is best to contact Fitbit’s Customer Support Team to evaluate your situation with their internal tools. It is also a good idea to do this before purchasing a new charger. They might arrange a return and replacement of the device or send you a new charger if you are still under the warranty.

Tags:  how to change time on letscom fitness tracker

Two M4 closures this weekend near Heathrow, M25 and A34 set to cause delays