Location
Home → Article → Verizon and AT&T's C-band 5G upgrade: From airports to rollouts, the latest on what you need to know

If you've been paying attention to the spat pitting carriers AT&T and Verizon against the Federal Aviation Administration over safety issues tied to 5G, you may have heard the term C-band thrown around.

It's more than just a wonky designation for a swath of radio airwaves. This additional spectrum could significantly change your 5G experience, which for many has been an incremental upgrade -- if that -- over 4G. C-band is expected to give both AT&T and Verizon 5G customers wider coverage and higher speeds, though it has run into issues from the FAA and aviation industry.

Here's everything you need to know about C-band and how the carriers plan to use it to upgrade their mobile internet service.

Now playing:Watch this: Why the FAA is freaking out about 5G 12:25

What is C-band, and why should I care?

Let's first explain what C-band is. It's a set of radio airwaves operating at a frequency range between 3.7GHz and 3.98GHz. That frequency falls under what is known as midband spectrum.

While AT&T and Verizon (as well as T-Mobile) have had 5G networks for a couple of years now, the former two have largely been limited to deploying next-generation networks using what's known as low-band spectrum or high-band millimeter wave.

Low-band has excellent coverage, but its speeds are often equivalent to those of 4G LTE. Most people on AT&T and Verizon are experiencing this kind of 5G, which is why the difference has been minimal for many.

Millimeter-wave has excellent performance, but its coverage is often limited to just a handful of blocks in certain cities or in parts of an arena, stadium or airport. Not everyone is going to show up to Times Square or SoFi Stadium for that kind of enhanced 5G.

With midband spectrum, a carrier can offer 5G that's not only significantly faster but works in more places.

OK, but how fast are we talking about?

Verizon said that it expects peak download speeds on C-band to be 1 gigabit per second, or 10x faster than 4G LTE. That's comparable to the fastest home internet service, although note the term "peak" as the best-case scenario for connectivity. The performance improvements are why carriers spent over $80 billion -- with the bulk of that bidding coming from Verizon and AT&T -- to acquire C-band spectrum when the Federal Communications Commission put it up for auction. 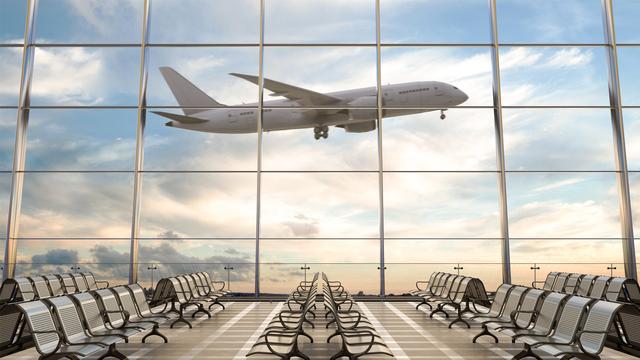 It's also worth noting that while T-Mobile did purchase C-band for use starting at the end of 2023, it isn't anywhere near as desperate to deploy that now thanks to the large amount of midband spectrum it acquired in its merger with Sprint. T-Mobile's midband 5G network already reaches 200 million people, with the company previously targeting average download speeds of 400 Mbps.

Verizon and AT&T will use C-band to plug coverage gaps in their 5G networks that fall between millimeter-wave, which provides high speeds in small areas within cities, and low bands, which offer better range but aren't always faster than 4G LTE.

Learning how to do tricks on a scooter is so fun, but its so hard

What's the difference between C-band and other forms of 5G?

Once C-band service starts going live Verizon and AT&T customers should see broader 5G service with higher speeds that fall between 4G and mmWave 5G. Because the new C-band service will be integrated into existing coverage, however, customers may not even realize they're connecting to the new frequencies.

For Verizon users, when you're connected to C-band you should see a "5G UW" or "5G UWB" indicator on your phone. AT&T users will see "5G+" branding.

Both indicators are similar to what each carrier already uses to denote their respective millimeter-wave connections.

Will I need special devices to connect to this?

Before you get excited about these incoming faster speeds, know that only a few phones have the hardware to connect to C-band. These are Apple's iPhone 12 and iPhone 13 lines; Samsung's Galaxy S21 line, Z Flip 3 and Z Fold 3; and Google's Pixel 6 and 6 Pro. Verizon and AT&T have also confirmed that Apple's 5G iPads (the iPad Pro and iPad Mini) will also work with their respective new services.

Some older phones and devices may get software updates, but exactly which devices and when those updates will roll out isn't yet clear. New flagship phones sold by Verizon and AT&T in 2022 and beyond are expected to support the new flavor of 5G.

Will I need a special plan?

Depending on your carrier, you might. AT&T is offering C-band, which it'll call 5G Plus, with most of its unlimited plans. This includes the Unlimited Starter, Extra and Elite offered today as well as a large number of its older unlimited plans from recent years.

Verizon, which will offer C-band under its Ultra Wideband (or UW) branding, will be limiting access just to a handful of its unlimited options. This includes the Do More, Play More or Get More plans sold today as well as the older Above and Beyond unlimited options from a few years ago.

If you don't have one of these plans, you won't be able to take advantage of the faster network even if you have a phone that supports it.

When is C-band being turned on?

Both Verizon and AT&T started to activate their C-band services on Jan. 19 after delays around concerns raised by the FAA and the airlines.

What is the issue for the FAA and airlines?

Airlines and aviation officials have argued that the frequencies covered by C-band have the potential to interfere with instruments used in aircraft and contend that deployments of 5G near airports could endanger takeoff and landing operations.

The carriers, the FCC and the FAA have disagreed on whether C-band 5G signals that use the 3.7GHz to 3.98GHz frequency range could interfere with instruments like altimeters that measure in the 4.2GHz to 4.4GHz spectrum. Wireless industry lobbying group CTIA argues that nearly 40 countries -- including Australia, China, France, Japan, South Korea and the United Kingdom -- already have 5G deployed over C-band with no issues involving aircraft.

After most recently planning to turn on C-band on Jan. 5, Verizon and AT&T conceded to a final two-week delay so that all parties could take necessary precautions, which includes exclusion zones that ban C-band service for a few miles around airports.

After airline executives warned of significant disruptions to flights if C-band launched as planned, on Jan. 18 the carriers each agreed to "voluntarily" defer or limit C-band launches around certain airports. For Verizon, these adjustments will affect 10% of its planned C-band rollout, with the carrier now aiming to cover 90 million people at launch as opposed to its original goal of 100 million.

So no 5G in airports?

Low-band and mmWave 5G service will still continue around airports, and Verizon will bolster its non-C-band coverage in those areas as part of its broader 5G rollout efforts this year. In short, your phone will still be able to work as it is today, you just won't have the more consistent faster speeds in and around the airports that C-band would've delivered.

Verizon and AT&T still lag behind T-Mobile, which announced in November that 80% of T-Mobile customers within its 200 million-person 5G coverage can access its midband 5G service (which it calls Ultra Capacity). T-Mobile's midband network operates at a different frequency than C-band and isn't a concern to the FAA or airlines.

In addition to coverage, the carrier competition will also come down to speed. T-Mobile says its midband 5G network targets average download speeds of 400Mbps. By comparison, our first Verizon C-band testing found speeds ranging from 400Mbps up to 1.4 gigabits per second right below the 5G emitter. Distance isn't the only metric, as we still got over 400Mbps within elevators and nearly 100Mbps in underground parking structures. The test, however, was highly controlled using Verizon phones and a limited area.

Ultimately, C-band will fill a crucial gap in Verizon's and AT&T's respective networks, but the Jan. 19 launch day is just the beginning of a broader rollout. We'll have to see how customers react to this supplemental service, which could fulfill the 5G promise to bring high speeds to consumers beyond major cities -- or just be another small step in the slow network evolution after 4G.

revü Realme 6i review: A budget phone you should not miss