The latest news from Space Force’s fitness changes have everyone talking about wearable fitness devices again. The Space Force has decided to veer away from annual tests like the Army Combat Fitness Test, and instead, aim for a ‘more holistic approach’. A key component to their fitness changes is implementing the use of a wearable fitness device – like a Garmin watch or Oura ring. Their approach to fitness has merit, especially given the backlash that the Army has received for their Crossfit-like test. Most Guardians will have different roles in their work that require difference fitness levels. So, their approach makes sense – centralize fitness to life and train accordingly.

Space Force Has One Issue with Wearable Devices

However, one glaring issue that could plague this new fitness plan is the fact that wearable devices have a lot of restrictions in DoD facilities. Perhaps if every Guardian was out in a field all day long working, a fitness device wouldn’t cause an issue. However, when devices are only allowed in facilities up to Top Secret levels – and with caveats, you have to wonder how holistic you can actually be in the approach. 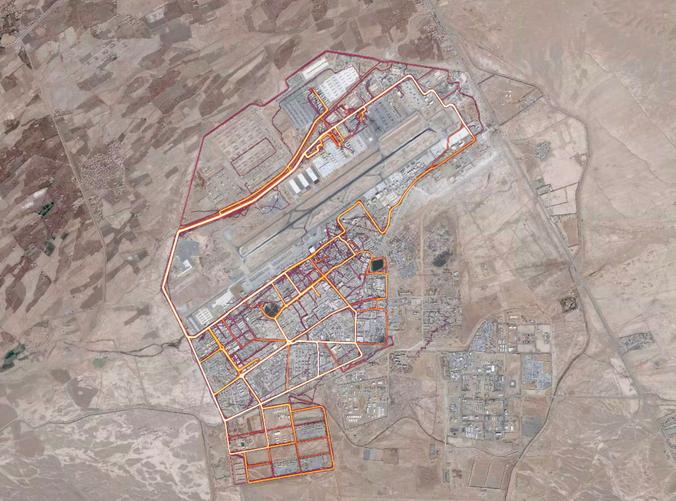 Both the Garmin watch and Oura ring can sync with an application to update data and track overall fitness metrics. Without this capability to automatically track movement, sleep, and heart rates, it’s challenging to continually measure fitness levels. Both devices are more focused on overall fitness metrics – as opposed to being a tiny smartphone.

So, if you’re reading the news about the Space Force changes and wondering if now is the time for you to add a fitness device – like an Apple Watch, according to the DoD Memo on wearable devices, there are some things you need to keep in mind.

Your device has to be commercially available in the U.S. or at a U.S. Military Exchange. But before you run out to the Apple store to get an Apple Watch, DoD policy makes it clear that the device has to be primarily for fitness or sleep tracking. Bottom line? Make sure your device is approved. You may even have to be continually approved while in possession of the device.

And as for those great features like wireless communications, you can’t use them. They have to be disabled, but Bluetooth capabilities are an exception to the rule. Of course, while you’re in a SCIF, your phone has to be off and stored anyway, so it can’t exactly sync to it during the day.And if you can’t disable forbidden features, you can’t use it. So, make sure you can turn different features off before you buy it.

And if you forgot to charge the device the night before (since you were tracking your sleep overnight), don’t even think about charging it at work. Charging cables are not authorized within DoD spaces. And it goes without saying that the device can never be connected to any government information system. So, don’t hook it up to your computer to charge it. Seems straightforward, but in the day-to day rush, charging issues could easily be an issue.

So many features on such tiny devices that are impossible to type on. So, talk-to-text is so helpful – except when you can’t have your microphone enabled at work. But, if you can’t have a phone at work, don’t expect to have a different device with any camera or microphone capabilities.

Updated guidelines have come out in the last few years about the issues surrounding GPS capabilities on fitness trackers. “Effective immediately, Defense Department personnel are prohibited from using geolocation features and functionality on government and nongovernment-issued devices, applications and services while in locations designated as operational areas,” Pentagon spokesman Army Col. Robert Manning III said. Due to the alarming realization that large amounts of DoD military personnel could be detected in key locations in the world, the DoD updated their guidelines – especially for deployed personnel.

Rules that trumps all others

Maybe you found the perfect device that meets every criteria level, but then suddenly, you’re told to leave your device at home. What gives? Turns out that you can meet all the guidelines, but the local Cognizant Security Authority (CSA) can still say no if your facility interacts with another intelligence agency or foreign entity and they think wearable devices are a threat. The memo also doesn’t apply to any Sensitive Compartmented Information Facilities (SCIFs) or Special Access Program Facility (SAPF) – which could be a game changer in whether or not the Space Force can fully implement a new fitness system that relies on wearable devices. If you really want to track your fitness every day, make sure that your device meets DoD requirements and you have all approvals necessary. As with most things in the security clearance process, an ounce of prevention is worth a pound of cure.

MilitaryArmy Physical Fitness Test vs. Army Combat Fitness Test Security ClearanceThe Difference Between Secret and Top Secret Security Clearance Investigations Jillian Hamilton has worked in a variety of Program Management roles for multiple Federal Government contractors.She has helped manage projects in training and IT.She received her Bachelors degree in Business with an emphasis in Marketing from Penn State University and her MBA from the University of Phoenix.
Tags:  how to charge a smart bracelet without a charger

2021 Thematic Research on Edge Computing - Featuring HPE, Huawei and IBM Among Others - ResearchAndMarkets.com