(Inside Science) -- Technologies like smartwatches, mobile apps and websites have been touted as an accessible and effective way for people to monitor and increase their physical activity and improve their health. But a new analysis has found that that is really only true for people of high socioeconomic status. As with so many other areas of healthcare, poorer people appear to see little to no benefit from these digital interventions.

"Even though people might have the same access to these interventions, we’re still seeing this pernicious inverse care law -- the people who need this stuff most are least likely to receive it in an effective way," said Mark Kelson, who studies health statistics at the University of Exeter in the U.K.

Kelson and his colleagues analyzed the data from 19 different studies conducted around the world between 1990 and 2020 that looked at digital interventions intended to help increase physical activity and improve health. They then compared how the interventions affected people of higher and lower socioeconomic status, and found what Kelson calls one of the clearest and most robust results he has ever seen in his career. For those of high socioeconomic status there was a moderate positive effect -- those that received the interventions increased their physical activity by around 1,500 to 2,500 steps per day compared to those who didn’t receive interventions. But there was virtually no effect among those of lower socioeconomic status. The results were published this month in the International Journal of Behavioural Nutrition and Physical Activity.

This is the kind of result that "strikes fear into the heart of behavioral interventionists," said Kelson, because the health need is much greater in economically deprived groups -- poorer people tend to be less active and to have more health problems than richer ones. So in this case the people who need help the most are the ones deriving the least benefit, while those who need it least get more of a boost. "Everyone is keen to increase physical activity to improve public health," he said. "But even with the best of intentions we might end up increasing health disparity. We really need to be paying attention to the socioeconomic divide." 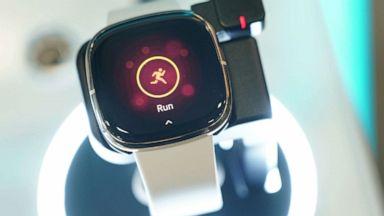 The study did not examine why people of lower socioeconomic status with the same access to an intervention like a step counter and associated fitness app would get less benefit. But Kelson speculates there are likely a few overlapping reasons for the disparity. Poorer people tend to have less free time for leisure activity, which is the category of physical activity associated with the most health benefits, so they have less capacity to take advantage of digital interventions focused on exercise. And people with lower socioeconomic status also tend to be less familiar with the use of the digital technologies involved in these interventions, which affects how well they engage with them, the researchers wrote in the paper.

The first step to overcoming this digital divide is for researchers to acknowledge it, and then explore it more systematically in their studies, Kelson said. But they should also consider how they design their interventions and look for ways to make the technology more accessible and useful to poorer people.

Lucy Yardley, a health psychologist at the University of Bristol, said a more person-based approach to designing digital health interventions can help reduce the disparities in outcome between socioeconomic classes. That means public health experts must put in the hard work to understand what barriers their subjects are encountering, and constantly revise the intervention until those barriers are gone.

These tweaks can be as simple as changing the language used. Most digital fitness interventions are written for an average reading level of college graduates, for example, which can make them more difficult for people with lower levels of literacy to engage with. Or they may lack clear definitions of terms. In one project aimed at increasing physical activity among people with diabetes who had lower levels of health literacy, Yardley found that many had misunderstood what counted as “moderate intensity” exercise and were inputting much higher levels of activity into the planner, and so getting the wrong advice as a result.

Other tweaks can involve dealing with barriers of time, money, or location, Yardley said. Instead of suggesting a long walk in a park that might not be accessible, researchers could offer simple exercises that people can do at home in front of the TV, with a couple of cans of food. "You need to start with the person in their context, understand their needs and motivations, and base the intervention around that," said Yardley.

Kelson said that addressing socioeconomic barriers will also benefit the researchers designing and studying the interventions. When some study subjects are getting no benefit, averaging the result across all participants ends up reducing the effect you would see under ideal conditions.

"We need to come up with something that is accessible for a large group of people, but a different set from the ones who most of the activity interventions are catering to," said Yardley.

I walked 10,000 steps every day for a week in the middle of winter