Ellyse Perry will miss Australia's final World Cup round-robin match against Bangladesh on Friday due to back soreness, but the star allrounder is on track for next week's semi-final.

Perry was off the field for the majority of Australia's fielding innings against South Africa on Tuesday after suffering a back spasm, and while she had been deemed available to bat in the second innings, was not required in the five-wicket win.

Australia have already cemented their place in the semi-finals with six wins from six games and cannot finish lower than second on the table.

"Ellyse came off the field with a back spasm, but it is settling down with treatment," Australia team physiotherapist Kate Beerworth said on Thursday.

"She won't play tomorrow but we expect that she will be available for the semi-final."

The tournament frontrunners will be desperate to avoid a repeat of the 2020 T20I World Cup when a serious hamstring injury left Perry on the sidelines for both the semi-final and the decider at the MCG.

Perry's absence was foreshadowed by captain Meg Lanning after Tuesday's game, when she said no risks would be taken ahead of the semi-final.

However Lanning was insistent she would not make changes for the sake of it for the match against Bangladesh, who Australia have never before played in an ODI, and have met just once in a T20I in February 2020.

"I don't think we'll look to rest any players that are available (for that match), but we certainly won't be taking any risks with any key players," Lanning said.

The Australian squad will go into the Bangladesh game fresh after a day off on Wednesday was followed by a cancelled training session on Thursday due to wet weather in Wellington.

Speaking to media, spin-bowling allrounder Jess Jonassen said she was looking forward to the challenge of meeting an unknown opponent.

Bangladesh are featuring in their first 50-over World Cup and have one win from five matches, having claimed a thriller against Pakistan earlier this month.

"It's going to be an exciting challenge and something that we're really looking forward to tomorrow," Jonassen said, adding she had been watching Bangladesh closely throughout the tournament.

"It's exciting for them to be a part of their first 50-over World Cup … I'm a bit of a cricket snuff and I've been watching almost every game of the World Cup so I've taken a bit (of intel) from that.

"We have different small group planning meetings, based on our specialty within the squad, so we use that for information gathering and information sharing as well.

"And I think 50-over cricket allows you to adapt on the run a little bit as well, it's not like the T20 game where it's almost been and gone before you can blink."

Australia will not know the date, location or opponent for their World Cup semi-final until Sunday evening, after South Africa meet India in the final round-robin match of the tournament. 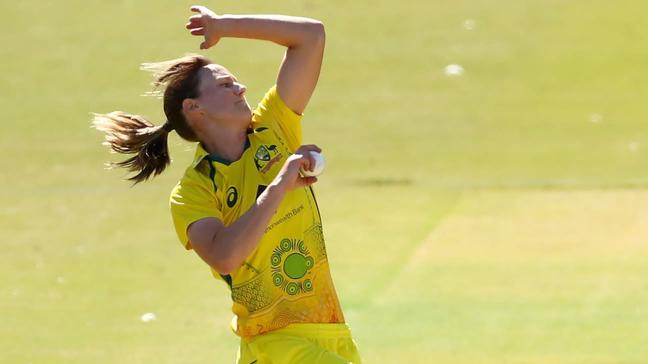 It means the touring party will remain in limbo Wellington for two days following Friday's match against Bangladesh, before they find out whether they will remain in the New Zealand capital for the semi-final at the Basin Reserve on March 30, or travel to Christchurch for the Hagley Oval eliminator a day later.

The delay is due to a quirk in the tournament playing conditions, which dictates that India, if they qualify, must feature in the second semi-final – which as a day-night affair is best suited for the subcontinent audience – regardless of where they finish in the top four.

Tags:  how to set a fitness watch