Location
Home → Article → Ocasio-Cortez after Yoho confrontation: 'I won't be so nice next time'

Rep. Alexandria Ocasio-CortezAlexandria Ocasio-CortezPelosi backs Cuellar, says 'I don't know what it is' of FBI raid Cannabis industry goes all-in on banking push before midterms Pro-choice Latina group launches incumbent protection campaign MORE (D-N.Y.) revealed in a new interview that she told Rep. Ted YohoTheodore (Ted) Scott YohoOcasio-Cortez: Gosar so weak he 'couldn't open a pickle jar' Rep. Gosar posts anime video showing him striking Biden, Ocasio-Cortez Will America fight for Taiwan? MORE (R-Fla.) that she “won’t be so nice next time” after he accosted her on the steps of the Capitol and called her a “f------ bitch.”

Ocasio-Cortez told Vanity Fair that she approached Yoho the day after the July confrontation and said to the Republican lawmaker, “You do that to me again, I won’t be so nice next time.”

Ocasio-Cortez also told the magazine that she felt his actions verged “into the zone of harassment, discrimination.”

During the incident earlier this year, which was overheard by a reporter for The Hill, Yoho told Ocasio-Cortez that she was “disgusting” for suggesting that poverty and unemployment were driving a spike in crime in New York City amid the coronavirus pandemic.

"You are out of your freaking mind," Yoho told her. Ocasio-Cortez told the Republican he was being “rude.” 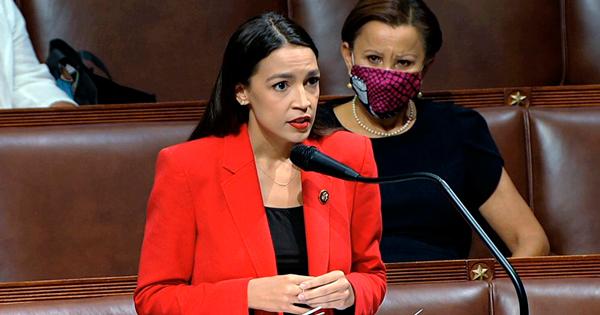 Yoho later apologized for his tone in a speech on the House floor, addressing the “abrupt manner of the conversation I had with my colleague from New York.”

“Having been married for 45 years with two daughters, I'm very cognizant of my language," he added. "The offensive name-calling words attributed to me by the press were never spoken to my colleagues, and if they were construed that way, I apologize for the misunderstanding.”

Ocasio-Cortez rejected the apology in a speech on the House floor, saying, "This issue is not about one incident. It is cultural.”

"It is a culture of ... impunity, of accepting of violence and violent language against women, and an entire structure of power that supports that."

“I am here because I have to show my parents that I am their daughter, and that they did not raise me to accept abuse from men,” Ocasio-Cortez also said. Those comments have gone viral on TikTok, with users lip-syncing to the lawmaker’s words while applying makeup.

Ocasio-Cortez said at the time of the incident that it was the first time since she was elected that another lawmaker has challenged her that aggressively.

"That kind of confrontation hasn't ever happened to me — ever," she said. "I've never had that kind of abrupt, disgusting kind of disrespect levied at me."