The watch was developed over two years in partnership with global health tech firm Cardie X. According to Mobvoi, the $99 TicWatch GTH Pro introduces a new “Arty Heart Health” analytics platform that noninvasively measures central arterial waveforms. It’s essentially measuring the strength of your pulse to deliver insights about your heart health. While the watch does not measure your blood pressure, the platform is based on tech that measures central and brachial blood pressure data. Experts believe that blood pressure from the central artery may be a more accurate measure than traditional blood pressure taken from the arm, and it could potentially be a better predictor of heart disease.

The GTH Pro has two optical heart rate sensors — one that measures from the wrist and another that’s located on the side of the watch. Similar to EKG smartwatches, you’re supposed to place a finger on the side sensor to take daily readings. This makes sense, as the wrist isn’t the most accurate area for heart rate readings as there’s a lot of noise from tendons, muscles, and bones moving around. The fingertip is a better area to measure heart biometrics, though it, too, has its drawbacks. 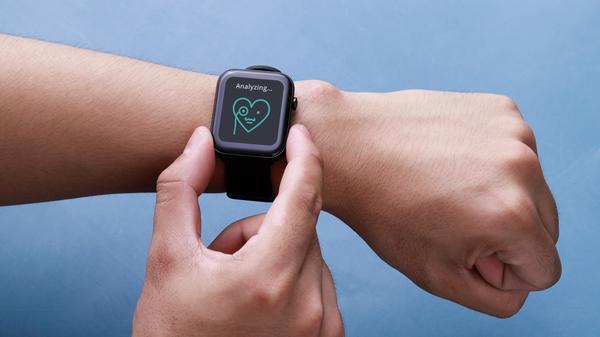 Based on those daily readings, users will get an “Arty Score” that represents their overall cardiac health based on four metrics. Those include exercise capacity, estimated arterial age, heart stress, and heart rate. Exercise capacity refers to blood flow to the heart, while arterial age is based on how “stiff” your arteries are. Meanwhile, heart stress is based on pulse pressure.

Since the tracker is meant to track long-term progress, Mobvoi says it’ll give personalized recommendations based on a user’s metrics. For instance, if the device detects your exercise capacity is down, it’ll recommend “recommitting to healthy habits” such as getting 150 minutes of moderate exercise per week or adding more Vitamin C to your diet.

These are big claims that ought to be taken with a grain of salt, especially since Mobvoi says the device itself doesn’t have Food and Drug Administration clearance. Technically, FDA clearance isn’t actually required here, as the watch isn’t claiming to have any diagnostic capabilities. EKG watches, for instance, require FDA clearance as they may detect initial signs of atrial fibrillation. Instead, Mobvoi points to Whoop — a recovery tracker aimed at athletes — as a similar product that also gives general health insights based on heart biometrics. (That said, the underlying tech behind the GTH Pro’s ability to measure arterial pressure, ATCOR’s SphygmoCor, does have FDA clearance and has been used in clinical trials and research.)

At $99, it’s also much more affordable than most trackers and smartwatches with advanced heart health features. That, plus its focus on monitoring long-term heart health, is a nice change of pace from the typical budget fitness tracker you see these days.

The Mobvoi TicWatch GTH Pro is available starting today from both Mobvoi and Amazon.

Tags:  how accurate is fitness tracker