Matt Damon’s recent interview with the Sunday Times where he, unprompted, shared that he used a homophobic slur until recently, when his daughter convinced him not to, will likely go down in history as one of those PR disasters. But the reality it reflects is much more dire than that.

Why must a man make a woman to let her influence him as a man?

"I retire the 'f-slur!'" Damon said he told his daughter in the now-infamous interview. "I understood."

While it’s shocking to hear Damon boast about his daughter making him a passably decent person, it shouldn't be surprising. Famous men often go on about how their daughters were responsible for making them practice a modicum of human decency.

Whether it’s Jay-Z insinuating that he won’t use a derogatory term that rhymes with the second syllable in “sandwich” to refer to women in his songs anymore after he had Blue Ivy Carter or Billy Bush crediting his daughter for asking him questions after he laughed along with Donald Trump as Trump bragged about sexually assaulting women in the infamous "Access Hollywood" tape, the daughter effect has become part of mainstream contemporary culture. ("Access Hollywood" is owned and distributed by NBCUniversal, the parent company of NBC News and MSNBC.)

There’s even an entire academic genre dedicated to researching this phenomenon, which shows that having a daughter makes men discriminate against women in the workplace a little less. 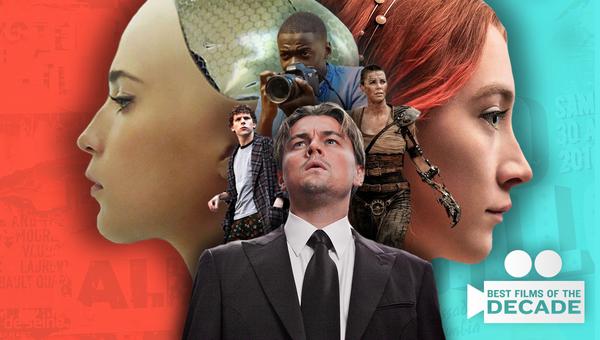 Arguably, these men have encountered other women in their lives before having a daughter: wives, sisters, co-workers, female friends or their own mothers, in most cases. Given that men are in contact with adult women quite frequently (according to my sources, anyway) why isn’t their impact as noteworthy as the one of a daughter? Why must a man make a woman to let her influence him as a man?

Putting men’s needs first is how most of us were raised in this patriarchal regime.

It’s also fairly common for daughters to be used as political capital. There are men who use their daughters as figurative shields to deny their sexist impulsions like then-Rep. Ted Yoho, R-Fla., after he called Rep. Alexandria Ocasio-Cortez, D-N.Y., a “f---ing bitch.” Instead of owning up to calling his colleague a vulgar name and apologizing for that, Yoho claimed that having two daughters made him “very cognizant of my language” and denied using the slur despite it being documented by a reporter who witnessed the event.

“I believe having a daughter does not make a man decent. Having a wife does not make a decent man,” Ocasio-Cortez said in a speech on the House floor. “Treating people with dignity and respect makes a decent man, and when a decent man messes up, as we all are bound to do, he tries his best and does apologize.”

Rep. Ocasio-Cortez's powerful speech on the House floor is lesson on sexism & decency

Notably, there is no equivalent “son effect” for women. (Or if there is, it’s extremely rare to hear a woman credit her son for caring about other adult men in her life.) Of course, it’s almost impossible to entertain this as a possibility because most women don't have to be related to men to care about them: Putting men’s needs first is how most of us were raised in this patriarchal regime.

Notably, there is no equivalent “son effect” for women.

Given that one of the most significant predictors of a heterosexual marriage lasting is the man accepting his wife’s authority, changing this this could potentially help heterosexual men improve their intimate partnerships, too.

While it’s encouraging to hear men like Damon, Jay-Z and Bush be moved to action only because of the influence of young girls, if men were more receptive to the available abundance of wisdom of adult women, perhaps their daughters wouldn’t have to shoulder the emotional labor of their character development in the first place.

Liz Plank, an MSNBC columnist, award-winning journalist and author, was the host of "Positive Spin." Her book, "For the Love of Men: A New Vision for Mindful Masculinity," was published in 2019.

What are the cheapest fitness tracker?