The Apple Watch can leave consumers with serious injuries, according to a class-action lawsuit.

One man claims his forearm was “severely sliced” by the pricey watch after the glass screen popped out, leaving jagged edges, he complained in court documents. 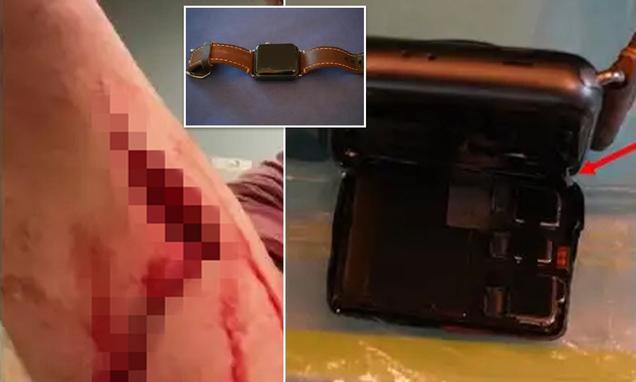 The cut slashed open a vein, according to the federal lawsuit filed this week in California.

The lithium-ion battery in the device is prone to swelling that can push out the screen, creating an “unreasonably dangerous safety hazard,” according to the litigation.

The tech giant is aware of the defect because dozens of users have posted about it on the company’s support forum, victims claim in court papers accusing Apple of failing to fix the problem.

Apple did not immediately return a request for comment.