Doing the Most ﻿is a special series about ambition — how we define it, harness it, and conquer it.

A record number of Americans are quitting their jobs to work for themselves, and Patrice Washington is here to help them. She started her first business — a real-estate firm — when she was a senior in college, only to go bankrupt during the Great Recession a few years later. Now she runs a seven-figure company helping other people recover from financial disasters (or, better yet, avoid them) with her best-selling books, podcast, and educational programs. We spoke with her about how she learned to avoid burnout as an entrepreneur and her own boss — and how she teaches her clients to do the same.

In the past year, millions of people have started their own businesses or become freelancers. That can be great, but sometimes running your own shop is harder than people anticipate. What’s your advice for people who are starting out?

I think that even when we run our own businesses, a lot of us will re-create the same toxic cycles we didn’t like in our previous work environments. People will say, “I don’t want to work these hours. I don’t want to be around people who don’t respect or value my talents. I don’t want to not be paid what I’m worth.” And then they will create a business where they undercharge and overwork and have loose boundaries, if they have boundaries at all. Especially in this Great Resignation, I’m seeing a lot of women quit their jobs only to create the same work environment that they walked away from, this time with no benefits. I think it’s important to be clear about what you want, both in your personal time and in your business.

Can you give an example of when you did that in your own business?

I do group-coaching programs online. And I figured I needed to do them in the evenings because people work during the day. That meant I’d work a full day, and then I’d show up live from 7 to 9 p.m. to coach people from all over the world, which takes a lot of energy and engagement. I did that multiple times a week throughout the year. It was very taxing, and it was not good for me because it would throw off my sleep pattern — I’d get all keyed up at night and not be able to sleep and then still have to be up early to get my kid to school. It made me cranky and tired because I was working all day and night and not sleeping well.

So I decided to try taking a day off during the week. I know that many people don’t have the luxury to do this. But I’ve found that it’s important for me to have time when no one else is in the house, for me to not talk to people or schedule anything. I call it my thinking time. I’ve been doing Wednesdays off for two years now, and it’s been a game changer. My Tuesdays and Thursdays are very stacked and busy, but I have the energy for them because I have Wednesdays to myself.

I think a lot of people are worried that they can’t afford to say no to their clients, or to certain opportunities. How have you managed to do this?

I’ve found that it actually helps me serve my clients to draw boundaries. For instance, when my daughter was transitioning from middle school to high school, I really wanted to spend more time with her. But I was busy in the evenings because I had to do these group-coaching programs. Then one day I was like, Who said I had to do it that way? Is there a rule somewhere? I realized that not only was I burning myself out, I wasn’t giving myself the opportunity to have the relationship with my daughter that I wanted to have. So just a year ago, I decided that I would only coach on Fridays at 11 a.m. and 3 p.m. By the time my daughter gets out of school, I’ve had a chance to calm down and unwind, and I’m ready to watch TikToks all evening because that’s what my daughter likes to do.

Changing my coaching schedule improved my relationship with my daughter. But I also found that my clients actually got better results. I realized that in my quest to serve my clients and coach at night, I was actually roping them into the idea that to serve their clients, they had to be on at night too. And I was keeping them up at night and keeping them away from their families. I didn’t even see it.

A lot of us create stories that contribute to our burnout, and we frame them as, “It’s the best thing to do; it’s better this way.” But many of those stories are not even real. When we own a shift, everyone shifts with us, and we don’t get the pushback that we expect. 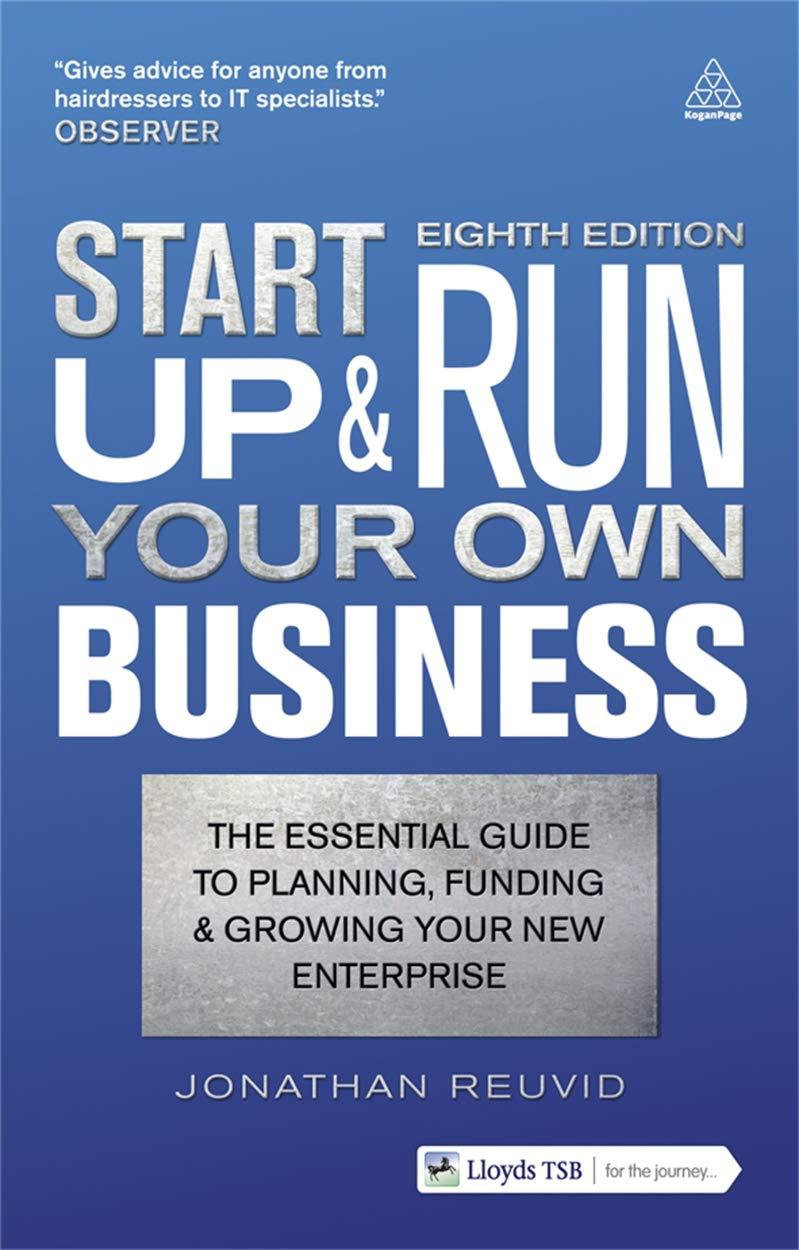 How did you personally find the line between working hard and burning out? Can you tell when you’re getting close?

When I feel myself taking on too much, I can feel it in my body. Sometimes I think I can’t say no to something, because it’s attached to too many other things. But I also know that without me, none of it happens. I used to think that I could manufacture more energy with sugar and caffeine, but now I know that’s not real energy.

If you’re burned out, your work suffers and ultimately your finances suffer. When you think about the cost of burnout, it’s not just that you’re physically or mentally fatigued and you can’t take anymore. It also impacts your spending habits. If you’re trying to fill a void, then you think that maybe a new purse will do it, or a new car. Or you might spend a lot of money on alcohol to numb or cope. But a new purse is not going to fix the fact that you’re worn out and tired. Now you may be cute and tired, but you’re still tired.

I’ve had clients who got so burnt out that they had to check themselves into mental institutions. And if you run yourself into a place where you have to tell your boss or your clients that you’re taking an indefinite leave of absence, that can have a much bigger impact on your finances than if you were more proactive about taking a break or a vacation sooner.

When you run your own business, it can be exhausting to deal with the financial aspect of it. How do you recommend that people handle the money part without getting overwhelmed?

You need to be aware of your financial life. That doesn’t mean that you have to manage it all yourself. Robinhood recently did a study that found that 73 percent of women have retirement as a top financial goal, yet only 19 percent say that they’re confident in their ability to invest. But stuff like investing doesn’t happen for anyone in isolation. You need support, and there are tools and services that make it easier. No one does it on their own.

Even with what I do know about money, I still have a business manager, I have a financial planner, I have an estate planner. Those are people that I brought on over time to continue to support me in making wise choices, so that I can keep doing the thing that I like to do. Wherever we are with our finances, we could use support. It doesn’t matter if you’re making $10,000 a year or a million a year. I think that if there’s any shame from that, or from this idea that I should know better because I’m an adult, we just need to get over it.

When you’re a freelancer, often you’re getting paid for your time. And when your time is money, it’s tough to figure out when to stop working. How can you break out of that?

I used to believe that you had to trade dollars for hours, but I don’t think that’s true anymore. I believe that our income is directly impacted by what we choose to spend our time on during the hours that we allot. A lot of us use our time being busy, not productive. We spend hours looking things up on YouTube or thinking, I have to listen to more podcasts or read more books before I’m ready to take this next step. Our time gets so consumed with gathering information. Instead, we should probably be using resources like Fiverr or Upwork to find someone who is more versed in certain things instead of trying to figure them out ourselves.

One exercise I recommend is making a diary of everything that you do in a week, just for one week, Monday through Friday. Like, “Okay, I posted this thing on social media. I sent proposals. I wrote an email. I followed up on that.” Then highlight everything that only you could do and no one else. That doesn’t include the things that someone else could do only 80 percent as well as you. Eighty percent is good enough to get the job done.

For example, only I can record my podcasts, and only I can show up for a media event. But writing my newsletters — someone else can do that. When I first delegated my newsletters, it drove me nuts because I was like, She might make a mistake. But who cares? No one is fact-checking my newsletters. I had to learn to release and let it go, and that actually helped to accelerate the business because I was fully focused on the things that I actually show up the best for.

I built out my team in small steps. Like, Can I get five hours a week of help? I can come up with $75 a week to have support for this one thing. When I freed up that time, it actually allowed me to think about working on the business and not being so in it. That’s where a lot of the creativity came from, to create more things that have been very successful and helped us get to over seven figures.

Tags:  why is my fitness tracker not counting my steps

First 10 things to do with a new Android Phone

revü Realme 6i review: A budget phone you should not miss