A reboot of your Fitbit fitness tracker or smartwatch restarts the device, but does not delete any data – a factory reset is something else entirely. It erases all of its data and settings.

Make sure you are clear which of the two you want to perform. A restart of your Fitbit is entirely harmless. Think of it as a soft reboot. In fact it can do your Fitbit tracker good, particularly if it’s experiencing issues.

A factory reset should only be done if you want to re-install your fitness tracker and start with a clean slate, sell it or gift it to someone else. It can also be used as a last resort if you are experiencing serious issues with the fitness tracker.

So make sure not to confuse the two! With that out of the way, let explain how to do to a soft and hard reset of your Fitbit.

Check out our ‘How to‘ section for many other problem-solving articles.

How to restart your Fitbit

Let’s start with the easier of the two. Further down the page we will explain how to do a full factory reset of your Fitbit. We also show how to unpair a Fitbit from your account – all of this is important to know.

Restarting or doing a soft reset of your Fitbit tracker is the go-to solution if your wearable is not responding to button presses, taps, or swipes, if it is not connecting to the app or if it is not tracking your activity.

It is a troubleshoot for fixing many internal problems with your Fitbit fitness tracker or smartwatch. And it is very effective at doing so. So whatever you issue, try this first. It might save you lots of hassle.

Resetting your Fitbit by model: a step-by-step guide

Alternatively, you can also turn your watch off directly through its settings. Then press any button to switch it back on.

On the Fitbit Blaze navigate to the Settings screen by swiping right to left on the home screen. Scroll down to Shutdown and confirm. On Fitbit Ionic and Versa open the Settings app, tap on About and then Shutdown.

If you have the first generation Fitbit Charge, the procedure is pretty much the same. You’ll just need to hold the button for longer (10 to 12 seconds), until you see the Fitbit icon and a version number.

The procedure for the first generation Fitbit Flex is the same. The only difference is that instead of pressing the button, you’ll need to insert a paperclip into the small pinhole on the back of the charger for 3-4 seconds.

This is similar to what you do when removing a SIM card from a phone. It is a bit of a hassle but hopefully you will not need to do this too often. 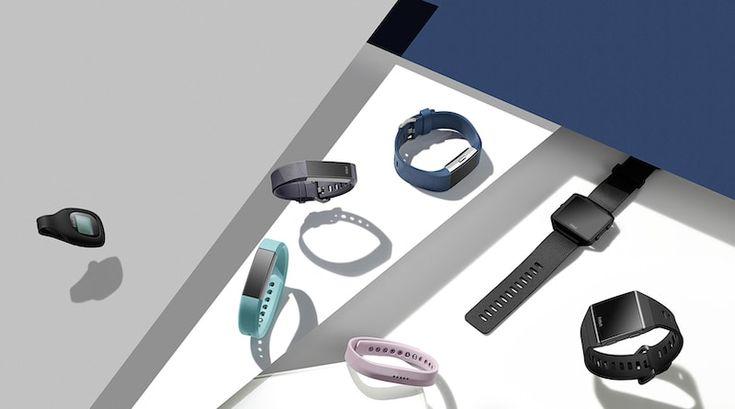 If you still have a working Fitbit One or Fitbit Zip –well done! These trackers are a number of years old. The fact that people still use these is a testament to the quality of Fitbit devices. Here’s how to do a soft reset of your Fitbit One.

The procedure to restart a Fitbit Zip is quite different from the others on this list. That’s because it does not have an on/off button or rechargeable battery. It runs on a replaceable 3V coin battery, CR2025.

So in this case you’ll need to actually remove the battery from its compartment using the battery door tool. Wait 10 seconds and then slot the battery back in.

Make sure to put it in the right way around! The “+” side should be facing up. The Fitbit Zip will restart as indicated by a series of smilies.

The other option is to press the home button and swipe to the Settings screen. Choose Shutdown and confirm. Then press the Home button to switch it back on.

How to do a full factory reset on a Fitbit

If you’ve decided to give your Fitbit to someone else or sell it you’ll need to take some more drastic action. A full factory reset erases all of your data and unpairs the device from your account.

It also gets rid of any stored information, other personal data and saved settings. Sensitive info on any credit or debit cards you may have added on trackers that support Fitbit Pay will be wiped, of course. The procedure clears your data entirely.

If you’re gifting or selling your Fitbit, you’ll also want to unpair the tracker from your Account. And remove it from your phone’s Bluetooth’s settings.

Wiping of all the data on the Fitbit will typically be done automatically when the deviceis paired to a new account for the first time. But to be on the safe side, it is best to do it yourself.

You might also want to do a factory reset for troubleshooting issues – as this puts the software back to the state in which it was when you bought it. It is a rather drastic step, though as you’ll need to repair it to your account.

Luckily doing a full factory reset is very easy to do on Fitbit trackers that support the procedure. Most but not all the devices do. As mentioned, for those that don’t the information from the Fitbit will be erased once the tracker is paired to a new account.

For those with a Fitbit Ionic, Sense, Versa range, Charge 3 and 4, Inspire 2 series and Ace 2 and 3, do the following.

Most people know that you can add more than one Fitbit tracker to your account. This is convenient as it allows you to switch between devices.

They will all work via the same dashboard. All the data is collated and even if you wear two Fitbit trackers at the same time, the software is clever enough to figure out which data to use.

However, if you are no longer using your Fitbit tracker or have given it to someone else you should remove it from your account. There’s no point in it sitting there.

Unpairing a Fitbit from your account can be done in one of two ways. The first is via the website dashboard, the second via the smartphone app.

Remember, when you unpair your Fitbit, any un-synced data will be lost. So make sure to do a final sync. Rest assured, any info that has already found its way to your account will stay there. So you won’t lose any of your historical Fitbit data. It would be kind of pointless if you did.

From the Fitbit smartphone app do this.

If you’ve unpaired your device for troubleshooting issues and want to pair it back to your account make sure you’ve removed it from your smartphone’s Bluetooth settings. Then simply open up the Fitbit app and set up the tracker as a new device.