Location
Home → Article → How to charge your Fitbit

You love your Fitbit. Or you just got a new Fitbit. How nice!

But it's running low on battery and you're unsure about how to give it some more juice. Don't fret. It's really quite easy to get your device charging. Here are four simple steps to getting it done

This should be easy enough. When you got your Fitbit, it came with a charging cord that corresponds to your device, which has a rechargeable lithium-ion battery. Below, check out the charging cord for my Fitbit Inspire 2, plugged into a USB charging block. For most — if not all — Fitbit devices, you'll need to connect to a USB charging source.

The charger for my Inspire 2Credit: mashable / tim marcin 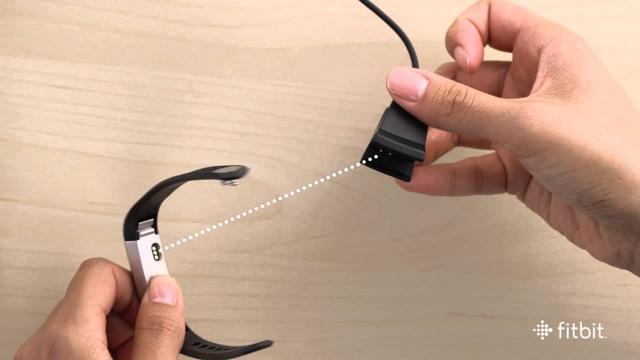 2. Plug your charging cord into a power source.

If you're connecting to a charging block, plug it into an outlet. If you're charging into a different USB power source, then you're all set.

3. Connect your device to the charging cord.

Now, this is going to differ from device to device. For my Inspire 2, pictured below, you clasp the back of the device to the charging point, lining up the gold pins.

For a number of Fitbit devices, there is a similar process where you'll line up charging pins.

Fitbit has a complete list of all Fitbit devices, and how they charge, right here. That will give you diagrams for just how to charge each tracker.

Fitbit smartwatches, meanwhile, will likely have a different process than simpler trackers. The Ionic series connects via a magnetic system on the back. The Versa series sits neatly on top of its charger. The Blaze, well, the Blaze is a hassle. You have to remove the watch from its casing and put it in its charging box.

4. Track your charge and unplug when it's finished.

From there, you let your tracker charge. This is typically easiest to do overnight, or during an extended period of sitting — since you've got to log those precious daily 10,000 steps.

Looking at my Today tab, my Inspire is at 89 percent battery.Credit: screenshot: Fitbit app

The trackers have different ways of showing they're fully charged, ranging from a smiley face on the display, an image of a battery, or a percentage. You can also track how charged your tracker is by opening the Fitbit app and clicking on the "Today" tab.

Tags:  how to charge your smart bracelet