The Arctis 9X for Xbox launched back in 2019, and SteelSeries has since then released its 7X model. The latter is geared towards Xbox Series X|S owners, but as we found out, it works on multiple devices, including Sony’s PS5. With this in mind, how relevant still is the Arctis 9X in 2022? Does it stack up against SteelSeries’ own more recent 7X and offerings from the competition? Let’s find out.

Designed in black with green accents, SteelSeries’ “most awarded headset” shares its design with the 7X, but the main difference between the two is their connectivity options. The 7X connects wirelessly to various platforms via a USB-C transmitter, while the 9X sports a dual-wireless system that connects wirelessly via Xbox wireless audio and other devices through Bluetooth. In short, the 7X is more versatile when it comes to using the headset on different platforms, while the 9X can be used to listen to music or make calls through a mobile device while gaming. We’ve also seen this dual wireless system on the Razer Kaira Pro (and regular Arctis 9) for Xbox, and it works pretty well. Just like the microphone on the 7X, albeit somewhat less flexible, the mic on the 9X is decent enough and considerably better than most of the microphones on rival headsets in this price range. 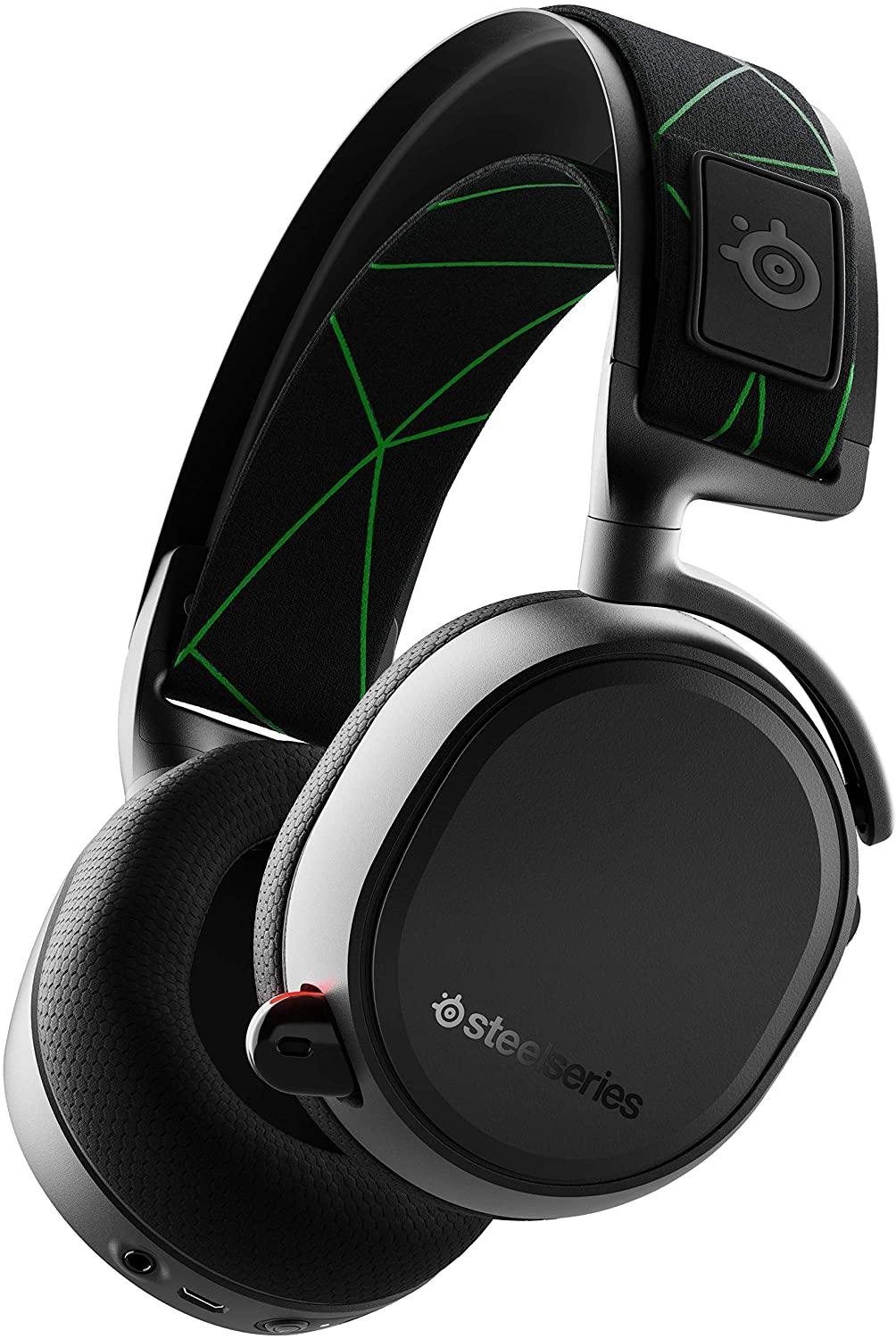 Build quality and comfort are great and on par with its younger sibling, but battery life is less than that of the 7X, but still slightly better than the main competition, including the Razer Kaira Pro and Corsair HS75 XB. For reference, the 9X was drained in roughly 21 hours, while the 7X is able to go on for 27.5 hours on a single charge. The Kaira Pro offers around 19 hours of battery life on a single charge, and the HS75 XB from Corsair lasts up to 17-18 hours (albeit with slightly above-average volume levels).

When it comes to tuning the 9X, its younger relative easily outperforms SteelSeries’ legacy product – the 7X offers more EQ presets in the SteelSeries client and offers dynamic range compression, where this option isn’t available for the 9X. Still, the number of available EQ presets and additional settings on the 9X will suffice for most users.

There have been various reports of connectivity issues with the 9X on the Xbox Series X|S, and I also encountered some connection interruptions and crackling sounds with the first sample I received from SteelSeries. These issues, however, weren’t noticeable on the replacement sample that I tested. SteelSeries assured me that there currently aren’t any issues of this kind with the 9X on Xbox Series. Still, since the official support page mentioned connection issues caused by the new Xbox Series controller upon launch, this might be a bit of a hit or miss.

Answering whether the Arctis 9X is still relevant in 2022 isn’t that easy. Without a doubt, it’s still a very competent wireless Xbox headset and one that still beats many other wireless offerings out there. On the other hand, the price is pretty steep, and cheaper viable alternatives are available. However, most of these won’t be as comfortable as the 9X. Xbox players looking for a very comfortable wireless headset in this price range with a decent microphone, and Bluetooth connectivity, won’t go wrong with this one.

Over A Dozen Frostburg Students Vacate The Dorms Because Of FSU’s Handling Of COVID-19, Others Are “Stuck” Or Worried About Their Grades