The Expedition 66 crew also continues to unpack cargo from a U.S. cargo craft while keeping up with eye checks to ensure the crew stays healthy in space.

Weightlessness provides scientists a unique opportunity to observe phenomena not possible in Earth's gravity. Biology including microbes, plants, and humans, changes in response to microgravity and observations are helping NASA plan longer missions farther into space. Doctors on Earth also use the information to improve numerous treatments and conditions on the ground.

Two new biology experiments delivered on Monday aboard the Cygnus space freighter are already being activated on the orbital lab. NASA Flight Engineer Thomas Marshburn set up the Microgravity Science Glovebox and began exploring the cellular and molecular alterations taking place in samples of skin cells. NASA Flight Engineer Mark Vande Hei is observing tumor cells in the Life Science Glovebox to better understand the onset and progression of cancer. Both investigations have the potential to inform space research techniques and improve therapies on Earth.

Colgate Skin Aging: One of the 6-Well Plates (S/N-001) was retrieved from SABL-1 and installed into the MSG for sampling and preservation of tissue samples. Deterioration of skin tissue is a normal part of aging but occurs over decades. Microgravity leads to changes in the human body very similar to aging, but these changes happen much more quickly. Microgravity Effects on Skin Aging and Health (Colgate Skin Aging) uses a 3D model of engineered human skin cells to evaluate cellular and molecular changes in microgravity. These cells may serve as a valid model to rapidly assess products aimed at protecting skin from the aging process.

ISS Ham: An ISS HAM pass was initiated with Sussex County Charter School for Technology, Sparta, New Jersey. ISS Ham Radio provides opportunities to engage and educate students, teachers, parents, and other members of the community in science, technology, engineering, and math by providing a means to communicate between astronauts and the ground HAM radio units.

MicroQuin 3D Tumor: Eight media bags were retrieved from cold stowage and inserted into SABL-2. The bags of media were injected into each BioCell Well of Habitat A and later each well was fixated. Investigation of Key Signaling Cascades Involved in Tumorigenesis and Their Responsiveness to a New Therapeutic Using a 3D In Vitro Tumor Model (MicroQuin 3D Tumor) examines the effects of a drug on breast and prostate cancer cells. In microgravity, the cells can grow in a three-dimensional model, which makes it easier to characterize their structure, gene expression, and cell signaling and response to the drug. Results could provide new insight into the role of a protein in the cells that are targeted by the drug.

Plasma Krystall-4 (PK-4): The PK-4 hard drives were swapped out, and the crew initiated 2 runs. Plasma Krystall-4 (PK-4) is a scientific collaboration between the European Space Agency (ESA) and the Russian Federal Space Agency (Roscosmos), performing research in the field of Complex Plasmas: low temperature gaseous mixtures composed of ionized gas, neutral gas, and micron-sized particles. The micro-particles become highly charged in the plasma and interact strongly with each other, which can lead to a self-organized structure of the micro-particles: so-called plasma crystals. Experiments in the facility aim to study Transport Properties, Thermodynamics, Kinetics and Statistical Physics, and Non-linear waves and Instabilities in the plasmas.

Plant Habitat-05: Plant Habitat-05 Experiment Plate Photos were taken and downlinked to the ground. Unlocking the Cotton Genome to Precision Genetics (Plant Habitat-05) cultivates several cotton genotypes that differ in their ability to regenerate into whole plants from undifferentiated masses of cells known as a calli. Cotton is highly resistant to the process of plant regeneration, making it difficult to engineer stable, reproducing plants that have specific or enhanced traits such as drought resistance. The investigation could provide a better understanding of this behavior and a pathway to avert this problem.

Rodent Research-18 (RR-18): Habitats 3 and 4 were powered down and stowed. Astronauts returning from space can experience eye problems, along with headaches and blurred vision. Scientists suspect environmental conditions during spaceflight lead to oxidative stress that adversely affects the eye structure and function. Space Flight Environment Induces Remodeling of Vascular Network and Glia-vascular Communication in Mouse Retina (Rodent Research-18) investigates how spaceflight affects visual function, examining changes in the vascular system of the retina, tissue remodeling and cell-cell interactions in mice.

TangoLab: A TangoLab-2 Card Cube was removed and replaced with newly arrived card cubes. TangoLab-3 was installed into Express Rack 6, and the unit was activated. TangoLab is a reconfigurable general research facility designed for microgravity research and development and pilot manufacturing in the ISS. 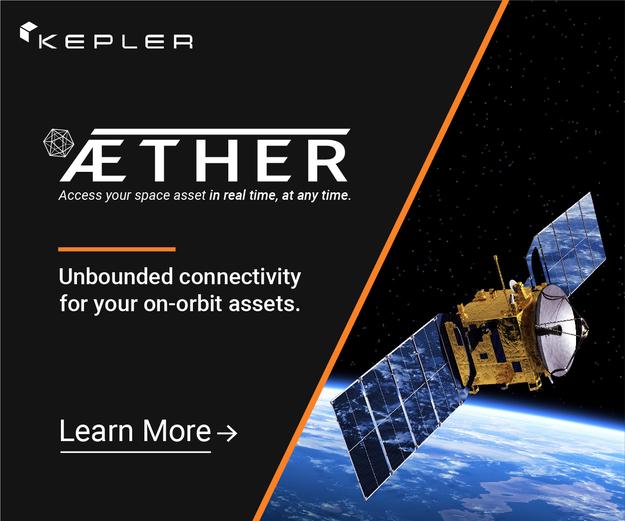 Passive Orbital Nutrient Delivery System (Veggie PONDS) Validation: Veggie facilities were deactivated. This completes the planned grow out and harvest operations for the Veggie PONDS experiment.Organisms grow differently in space, from single-celled bacteria to plants and humans. Future long-duration space missions will require crew members to grow their own food. Therefore, understanding how plants respond to microgravity and demonstrating the reliable vegetable production on orbit are important steps toward that goal. Veggie PONDS uses a newly developed passive nutrient delivery system and the Veggie plant growth facility aboard the ISS to cultivate lettuce and mizuna greens which are to be harvested on-orbit, and consumed, with samples returned to Earth for analysis.

Treadmill 2 (T2) Isolator Inspection: As part of on-going troubleshooting on the T2 Rack, the crew inspected new isolators to verify their configuration.

In Flight Maintenance (IFM) Waste and Hygiene Compartment (WHC) Operations: The WHC is a modified ACY (Russian toilet) system that was altered to be integrated into a USOS rack. Today, the crew removed and replaced the Urine Receptacle (UR) and its Insert Filter (IF) as part of routine preventative maintenance.The UR is made up of a replaceable Russian supplied funnel, urine hose, and receptacle switch for turning the WHC on and off with associated wiring. After replacement, a functionality test was performed.

Suunto 7 with Wear OS–Maps, Music, Payments: Everything you ever wanted to know