The Expedition 66 crew focused on exercise, EVA preparation, and routine maintenance checks as part of its activities aboard the International Space Station today.

International astronaut Thomas Pesquet spent a portion of the day setting up hardware and completing a session for the Immersive Exercise project. Pesquet was tasked with deploying a wireless virtual reality (VR) headset, which he donned while biking. Pesquet and other crew members took turns performing resistive exercises throughout the day. Roscosmos cosmonauts Pyotr Dubrov and Anton Shkaplerov also exercised for a study alongside other maintenance activities.Beyond exercising, NASA astronauts Shane Kimbrough, and Mark Vande Hei, and JAXA (Japanese Aerospace Exploration Agency) astronaut Akihiko Hoshide were busy performing a variety of extravehicular (EVA)-related tasks. Among these tasks, Kimbrough took photos of the Extravehicular Mobility Unit (EMU) Scrubber Assembly to help determine the nature of a previously observed leak. McArthur performed preventive maintenance on the Simplified Aid for EVA Rescue (SAFER), a device that astronauts wear in case they become untethered during spacewalks. Meanwhile, Vande Hei and Hoshide used a camcorder to inspect and provide feedback about how to improve the stowage of EVA hardware.

As for other maintenance activities, Kimbrough collected water samples from the Portable Water Dispenser (PWF) for in-flight analysis. NASA astronaut Megan McArthur changed batteries in devices that monitor the levels of specific compounds aboard the space station as well.

Looking forward, McArthur prepared for an in-flight interview with Space.com at 1:05 p.m. EDT Thursday, October 21. She will be joined with Vande Hei during the event.

Cell Biology Experiment Facility - Left (CBEF-L) Fastener Photo: The crew took several photos of the head of a fastener that was found in CBEF-L on GMT 265.CBEF-L provides new capabilities with additional new resources such as Full High Definition video interface, Ethernet, 24 VDC power supply, and a larger diameter centrifugal test environment.By using the original CBEF and CBEF-L as one facility for the same experiment, the payload user is provided with an upgraded experimental environment that can handle the processing of more experimental samples for a wider array of experiments.

Freezer/Refrigerator/Incubator Device for Galley and Experimentation (FRIDGE-2) t/s: The crew reconfigured the power source for the FRIDGE-2 unit in order to perform power quality troubleshooting.Unfortunately, the unit continued to be non-responsive in the alternate power chain configuration and will need to be returned to the ground for repairs.FRIDGE is a locker-sized unit that provides active temperature control with a range from -20.0°C to +48.0°C. It can accommodate storage of both crew galley items and scientific research samples and can be fully operated and maintained from the ground.

Immersive Exercise: The gathered the appropriate items, performed a set of troubleshooting steps on the Virtual Reality headset, and then attempted an Immersive Exercise session using the Cycle Ergometer with Vibration Isolation and Stabilization (CEVIS).The Immersive Exercise project focuses on the development of a virtual reality (VR) environment for biking sessions aboard the ISS.The VR equipment is interfaced with the current bicycle exerciser aboard the ISS, CEVIS, located in the United States "Destiny" Laboratory Module.

ISS HAM pass: The crew participated in an ISS HAM pass with the Jean Alloitteau School, Vinça, France.Some of the questions asked by the students included if the crew has noticed any pollution in space, why astronaut suits are always white in color, and how the crew washes their clothes on ISS.ISS Ham Radio provides opportunities to engage and educate students, teachers, parents, and other members of the community in science, technology, engineering, and math by providing a means to communicate between astronauts and the ground HAM radio units.

JAXA Video Take 11: Using a JAXA camcorder, the crew recorded a session for a Japanese magazine.The session included discussions on astronaut experiences, opinions, and observations.The Japan Aerospace Exploration Agency Public Relations Activity (JAXA EPO) includes conducting cultural activities such as writing reports about and filming video of activities aboard the International Space Station (ISS). These tools can help inform the public about the importance of the ISS, JAXA's Kibo module, and human spaceflight.

Toilet: The crew checked the system for adequate pretreat dosing, inspected the cover on the Toilet Conductivity sensor for any leak of the pretreated urine, and filled out a questionnaire.The Toilet System is an Exploration Tech Demo that has evolved into a permanent USOS system.The Toilet has the same basic design as the Orion Universal Waste Management System (UWMS).The Toilet System will be the primary WMS for USOS for up to 90-crew-days and interfaces with the Urine Transfer System (UTS) to allow concurrent WHC/Toilet operations. 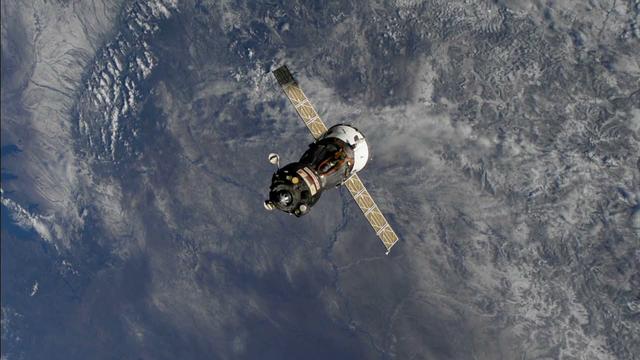 Ceremony marking 77 years of the war against Japanese aggression