Apple held an event today where it unveiled a variety of new products and updates to existing hardware, including a new desktop Mac, new external display, a revamped iPhone SE, and an updated iPad Air.

The Mac Studio, which kind of looks like a taller Mac mini, features an M1 Max or M1 Ultra processor with up to a 20-core CPU, up to 64GB of RAM, a bevy of input ports including 2 USB-C ports, SDXC card slot, 4 Thunderbolt 4 ports, 2 USB-A ports, an HDMI port, 10Gb Ethernet port, and an 3.5 mm headphone jack. Pricing starts at $1999.

The Mac Studio can be configured and ordered today on Apple.com, but shipping times are already slipping to late March and April. 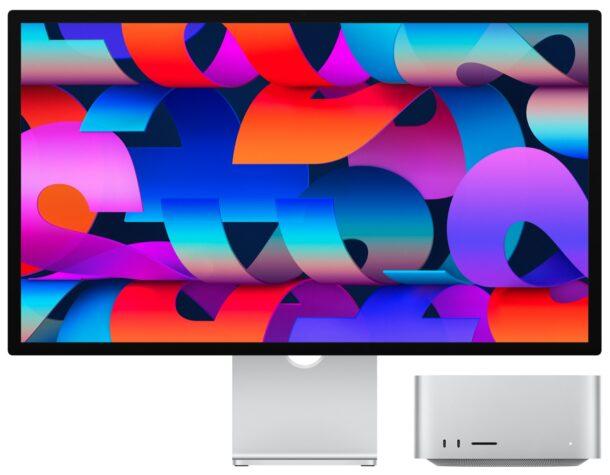 Apple also announced the iPhone SE 3, which features the same A15 chip as featured in the iPhone 13 series, a 4.7″ LCD display, 12mp camera, 5G support, and a Touch ID equipped Home Button. The iPhone SE is available in white, red, and black, and starts at $429, with storage capacities ranging from 64GB to 256GB.

Orders for iPhone SE 3 begin on March 11, with availability beginning on March 18.

The iPad Air 5 has also been announced, which is basically a spec-bumped iPad Air with the M1 processor. The iPad Air starts at $599 for 64GB of storage, and is also available in a 256GB configuration. Color options include pink, purple, blue, gray, and white.

The iPad Air 5 can be ordered on March 11, with availability beginning on March 18.

Apple also announced that macOS Monterey 12.3, iOS 15.4, and iPadOS 15.4, will be released to the public next week. RC builds are available to beta testers today.