Fitbit seems to be working on a feature for its smartwatches and fitness trackers that would essentially be able to detect when you might be about to get stressed and offer advice to make sure you stay calm and collected.

The potential future Fitbit feature was described in a patent filed at the US Patent and Trademark Office by Fitbit on the 24 February, which talks about the 'Detection and Response to Arousal Activations'.

The basic principle of how the feature will work seems to be geared around individual or multiple sensors on a wearable device, which could include the EDA and ECG kind. Both of those sensors are already offered on the Fitbit Charge 5 fitness tracker and Fitbit's Sense smartwatch.

The patent describes using these types of sensors to continuously monitor and determine a sympathetic nervous response to an 'arousal event or activation'. With the detection of these events and tracking arousal events over a period of time, the wearable device would be able to provide information about those events and then offer recommendations to the wearer on how they can prevent that potential build-up of stress. 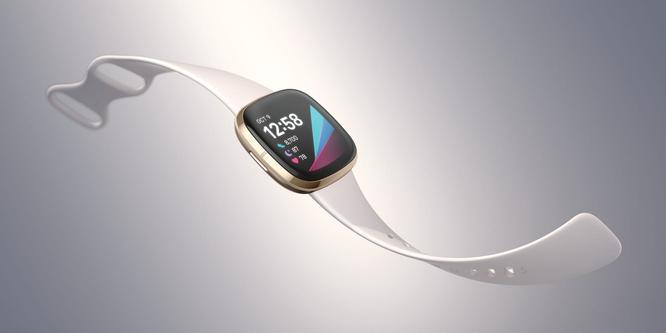 The addition of those real-time stress alerts may prove useful in scenarios where you could be losing your focus during a meditation session or help to better shape training schedules or when to rest up when your wearable can give you a bit of heads up when things could get stressful.

It's not too far fetched a feature when you consider that Fitbit already has some of the sensors described in this patent in place. It was the first big-name wearable maker to include an EDA sensor, which aims to measure the body's response to stress, by detecting tiny electrical signals (EDA responses) on your skin.

Those measurements are captured by placing your palm on the Sense's screen or pinching your fingers around the Charge 5 to get that stress feedback. It also uses those measurements during EDA mindfulness sessions you perform with the wearable on.

This patent would suggest Fitbit will look to offer continuous EDA monitoring, which would be an improvement on the current setup.

Fitbit has made a big push with all things stress tracking-related in recent years, adding features like stress management scores, offering the ability to log your mood in its companion phone app and capturing and monitoring heart rate variability measurements to help detect potential signs of stress or illness.

It also introduced its Daily Readiness Scores to help users understand if they're in good shape to take on a tough workout and is now even offering subscriptions to meditation and sleep platform Calm.

This feature would certainly elevate Fitbit's devices over the competition with most other wearables primarily focusing on using heart rate variability to power continuous stress monitoring. The ability for your wearable to understand when you might get stressed before it actually happens, could be really useful.

Like a lot of patents that get filed, it's doesn't mean this is a nailed on feature that will get added to future Fitbits. Though with the sensors described already in its devices, it's not too out there to think it could be added one day.

Tags:  how does fitness tracker work

Want to import a phone to the U.S.? Here’s why you should reconsider