Back in 2018, with the arrival of the Apple Watch Series 4, the Cupertino tech giant unveiled technology that proved to be life saving—time and time again.

Part of the wearable revolution is measuring aspects of normal human function. To measure calorie expenditure, motion capture is baked in. The same goes for heart rate monitoring. Apple engineers realized as they measured “normal” motion and activity, they were also gleaning an algorithmic signature. When you walk and run, it’s a consistent pattern that gets measured by the accelerometer, gyroscope, and GPS. But when you fall or get hit by a cross-town bus (let’s hope that’s never the case), that creates “noise” in the signal, breaking the smooth, cyclical pattern.

There’s the brute-force impact of multiple Gs, but also the hard stop of the GPS. You’re not moving, so the signal is entirely different. This, in a nutshell, is fall detection. You’ve gone from a normal state of motion to something that could be deadly.

From that 2018 tech release, a litany of news reports confirmed fall detection did what the company intended: save lives. Because it’s not necessarily the fall that gets ya—it’s the fact that nobody’s there to call for help, or at least not as quickly as automated tech, like an Apple Watch, can enable.

How fall detection works on the Apple Watch

Watch Series 4, 5, 6, 7, and SE all have fall detection and are measuring the aforementioned motion signatures. A sudden change in those metrics—detected as a fall—triggers a very loud alarm on the Watch as well as haptic feedback, and fires up a display on the screen to ensure you’re okay. You can call EMS or dismiss the alert by saying you’re fine. If that actually was a car that pegged you and you weren’t moving, Apple Watch would automatically make the call to 911. (More on opting in/out of these features below.)

Note: A Watch with its own eSIM doesn’t need that SIM service enabled to make the call. It’ll ring EMS and share your location so they can respond. It’ll also ping your emergency contact(s) with this critical info. If your Apple Watch doesn’t have an eSIM, it’ll use your paired phone to send that bat signal.

Apple knew once they enabled this tech they were about to learn a heck of a lot more about how we fall, like when and how. The Apple Heart and Movement Study allowed Apple to see anonymized data about all kinds of falls from 150,000 users who’ve opted in thus far (anyone with an Apple Watch Series 1 or newer can opt in). That led to the capture of over 1.3 million workouts—the equivalent of 880,000 sweat sessions, or roughly 100 years of workouts. 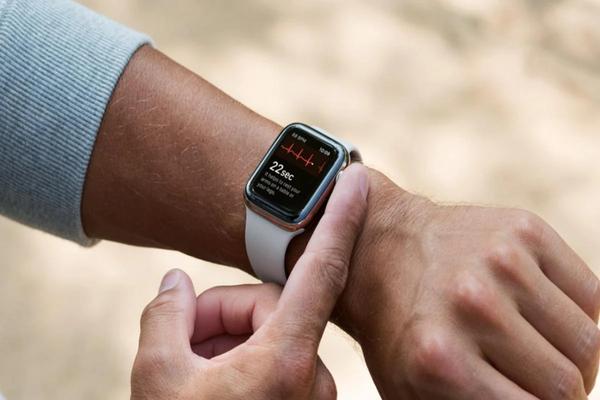 What’s important is this was “just everyday people of all different levels, beginners to experts, doing the sport they love,” says Ron Huang, vice president of Sensing and Connectivity at Apple, who spearheads fall detection at Apple.

With so many users, Apple was able to analyze a vastly broad set of people across age groups and gender working out in every sport the Watch can track. Plus, because the data ran through all seasons and every kind of weather, they also began to see seasonal patterns.

Fall detection also works in fitness apps that have incorporated Apple’s API (not just the native Workout app). Here are some of the most popular:

This is all in an effort to diagnose what distinguishes a fall from a regular event during a sport. Curious about the distinction?

Apple captured thousands of real-world falls during the study, then cross-referenced those events by interviewing participants to confirm the data collection. The anecdotal and empirical data paint a more vivid picture. Apple believes they can detect the distinct signature of an accident versus an intended action—like falling backwards as opposed to deliberately diving for a volleyball or a checking a player on a hockey rink, says Huang.

For another example, let’s take mountain biking. “If you’re riding and going for a jump,” says Huang, “the direction of impact will be highly directional and on a single axis.” If you crash, the accelerometer and gyroscope pick up chaotic motions with your wrist. Obviously if you’re riding a mountain bike, your wrist should be moving in a consistent pattern. If it’s suddenly not, the Watch jolts to attention.

Apple looked at consistent movement across every kind of activity in the Workout app, since they had data on falls during walks, runs, HIIT workouts, hikes, yoga, Tai Chi, mountain biking, and more. If it’s in the app, they had data to support the movement pattern as well as the falls that disrupt it.

Huang did note there are complexities to measuring all these movement patterns that required a great deal of careful study, because the wrist isn’t necessarily an ideal location for analyzing how we hit a ball, stand on our heads, punch, or dive into a pool. It’s on one end and side of your body. He noted that some studies have had testers wearing a device on their torsos, so you know that when the sensor is upright, they’re standing or seated; when it’s not, they’ve hit the deck.

But the upside to the Watch is “it’s something they’re already using, not something else they’ve got to remember to bring with them.” However, he did say that if they got their math wrong “you could be watching a concert clapping really hard and that’s a huge impact on the wrist,” so Huang and his team at Apple also had to be concerned about triggering a false alarm effect, since having the Watch blaring all the time, sensing falls that didn’t happen, could lead users to turn the system off.

How to enable fall detection on your iPhone and Apple Watch

The process is simple. If you have Apple Watch Series 4 or newer, update to the new watchOS 8.1. If you’re 55 or over, you’re already covered for fall detection. For everyone 18 and up, the new OS will automate fall detection during workouts. But accidents happen, so if you want to enable fall detection no matter what, go to the Watch app, then tap Settings > Emergency SOS > Fall Detection to enable or disable.

iPhone users should go to Settings > Health > and Medical ID to fill out fields for allergies and other underlying health concerns, then decide if you want to enable EMS dispatchers to see this data. That will show up on your wrist if you own an Apple Watch Series 4 or newer, and will also be sent to the dispatcher so you’re relaying info that could be lifesaving.

As for what’s next, Apple’s already learning about when the elderly need to exercise to improve or regain strength to walk more safely. A study of Watch data would likely reveal microchanges in our patterns that could lead to more granular advice for those of us who aren’t old, but are no longer quite as fast, limber, or ripped—and want specific tips based on our own specific movement physiology to get back to that higher baseline.

Best Adjustable Dumbbells 2022: 11 Top Picks for Your Home GymDream Garage: The Car and Truck Auctions We'd Bid on Right NowIt’ll Take a While For You to Run Out of Space With This Watch BoxBest Tools for Splitting WoodMost Durable Workwear to Get Any Job DoneBest Ice Climbing Gear for BeginnersAll StoriesThe MJ5: Tony Hawk on His Favorite Gear, Why He Always Carries His Board, and MoreHere's the Difference Between Bourbon and WhiskeyYoung Guns and a Supercharged Catamaran: U.S. SailGP Team Takes on New York City
Tags:  how to enable motion and fitness on apple watch