Despite speculation that the Apple Watch Series 7 may be thinner or thicker than its predecessors, the latest models have the same thickness as the Series 6.

Now that Apple's official specification pages have gone live, it has been confirmed that the ‌Apple Watch Series 7‌ models are 10.7mm thick, which is the same as the Series 6 models that have today been discontinued. Both the 41mm and 45mm casings have the same thicknesses.

While early specification documents obtained by MacRumors revealed many aspects that Apple did not clarify during the announcement of the device, such as the S7 chip, the thickness and exact dimensions were unknown until today. 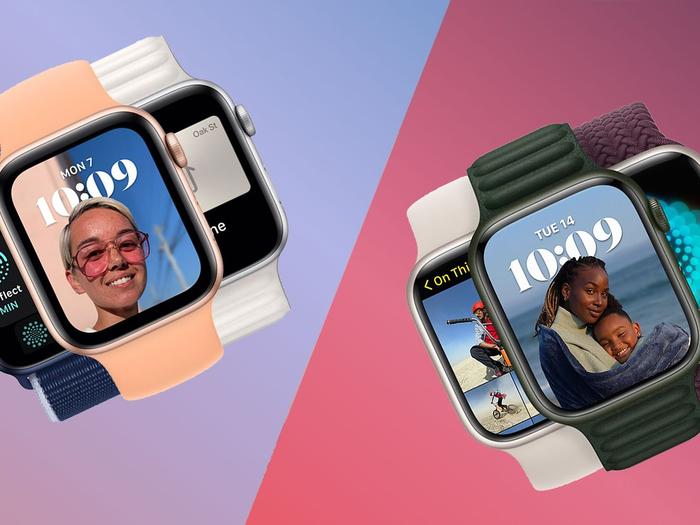 Alleged renders that depicted an ‌Apple Watch Series 7‌ with squared-off edges suggested that the new model would be 1.7mm thinner, with an overall thickness of 9mm. Contrastingly, Bloomberg's Mark Gurman said that the Series 7 would be "slightly thicker overall" than the Series 6. Once it was announced, promotional images of the ‌Apple Watch Series 7‌ also fuelled speculation that the new models may be thinner. It is now clear that none of these rumors turned out to be correct.

The smaller 41mm Series 7 model is also 1mm wider than the 40mm Series 6 model, but the 44mm and 45mm models have the same width. Bands from older Apple Watch models continue to be functionally compatible with the Series 7, but these dimensions could indicate that older 38mm or 40mm bands used with the 41mm model may not be completely flush with the casing, although the curvature of the casing may mitigate this issue. This would not be a potential problem with the larger 45mm model since it has the same width as the 44mm model.