iPhones are often lauded for their simplicity and their uniformity, and to be honest, it’s an interesting prospect. The world of Android can be murky and confusing, with hundreds of options if you really want to do your research on choosing the device that suits you. For most people, an iPhone probably does the job, but is it really the best option? I’d argue that it isn’t, especially when there are hundreds of Android devices all with different priorities for a different type of user.

Personally, I’ve been using the iPhone 13 Pro for a few months now, and if anything, it’s helped me realize what I love about Android. It’s “just” a phone, in that it does everything I want it to reasonably well, but there’s nothing that it’s really exceptional at. It’s certainly not an enthusiast’s device, it doesn’t have the best camera, the best display, or even the best software.

While Apple certainly has some desirable qualities over Android — the application ecosystem on iPhones is vastly better synergized than on Android devices, for example — but those qualities are few and far between. The iPhone 13 Pro is deservedly one of the best phones of 2021, but I think that it being a phone for everyone is what prevents it from being great.

Switching to an iPhone is a painful process

Apple operates a well-synergized ecosystem where everything from itself plays extremely well with every other thing from itself. But this is also a walled garden that is difficult to cross into when you’re coming from an Android smartphone. It was nigh-on impossible to transfer everything that I actually wanted to. You can’t really transfer all of your apps (for obvious reasons), and apps that have their own personal data storage (such as WhatsApp) can’t migrate that data.

As well, there are several apps that I use that just aren’t available on iOS. There’s no Wavelet for my Sony WH-1000XM3 headphones, there’s no YouTube Vanced, and I don’t enjoy any of the Reddit apps that I’ve used. What’s more, applications themselves feel incredibly cumbersome on iOS — why are all of my app settings in an ever-growing list at the bottom of my phones’ Settings app, rather than in an actual app menu? To even install a free app from the App Store I need to authenticate the install by default… it’s just not necessary.

However, there’s something to be said about how good iOS apps themselves tend to be. While not all of them are quite like-for-like exchanges for what I’ve enjoyed on Android, all of the ones I’ve used feel incredibly cohesive. Facebook Messenger is much better on iOS than on Android, and Spotify is a lot better of an app too. In fact, when using my phone to control Spotify remotely, I take out my iPhone for the ease of queueing up songs by swiping on tracks. The app is much better made on iOS than the Android app, and the same goes for pretty much every single iOS app that I’ve used.

Having said that, it’s not all sunshine and rainbows in the iOS camp. I’ve found that it’s a lot harder to do some of the more in-depth tasks that I use an Android smartphone for. There’s no wide berth of debugging tools at my disposal should I want to try and do something unorthodox with my smartphone, for example. Animations are slow and annoying with no way to speed them up, and I really wish that there were ways to open apps in bubbles or multi-tasking windows as I so often make use of on Android variants such as MIUI or ColorOS.

The problem with a walled garden is that to get in, you’ll often need to sacrifice a lot of what you had before. Integration with my Google account and all of the Google services that I use feels clunky. Calendar integration is nowhere near what I’m used to on Android devices, and the likes of Google Photos don’t work anywhere near as well as their Android counterparts. While an argument could be made that my real difficulty is in attempting to escape the Google walled garden, I would argue that the real problem stems from being unable to integrate Google’s apps on iPhones. 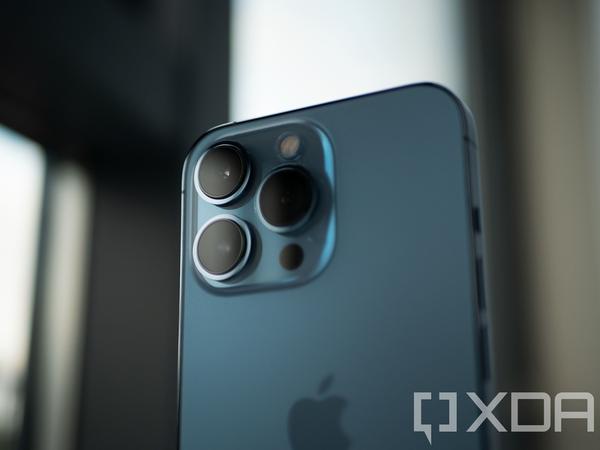 In the case of Google Photos, for example, its biggest difficulty is that photos don’t consistently upload in the background. They will upload eventually, but it’s completely inconsistent. The only surefire way to make sure your photos upload is to open up the Google Photos app manually, as they may not sync in the background correctly.

Even sideloading apps on an iPhone is a painful process. To use emulators and other unapproved apps on your smartphone, you’ll need to install and configure AltStore… you can’t just download an IPA file (the iPhone equivalent of an APK) and install it. I never realized how much I appreciated that freedom until I was faced with a lengthy and annoying process just to play Pokemon on my phone.

The above screenshot is taken from AltStore, an alternative app store for iPhones. You can connect to other app repositories and install your own IPA files, but it shouldn’t have to be this difficult in the first place. It comes with Delta, a multi-console emulator, already there waiting to be installed.

iPhones are unwieldy despite their size

Here’s the even weirder part: the iPhone 13 Pro, despite being smaller than most Android phones that I use, can be really unwieldy to use in one hand.

As my colleague Ben Sin shows, even the smaller iPhones can be difficult to reach the top of the display on. The control center being in the top right can be incredibly annoying, and often requires throwing the phone down in my own hand just to reach the top. The Google Pixel 6 Pro feels more suited to one-handed use over the iPhone 13 Pro at times, despite being significantly larger.

The flat sides of the iPhone don’t help either, as, without a case, the phone can dig into my hands and be uncomfortable to use for long periods of time. I can’t imagine using the Pro Max.

Android offers versatility that I can’t find anywhere else

To be fair to iPhones, they do have fantastic chipsets — but that doesn’t really matter when compared to what an iPhone can actually do. It doesn’t matter how powerful a chipset is if you can’t really do anything with that aside from performing in benchmarks and having good performance in games. Not only that, their software can have a lot of problems, and I’ve had some quite buggy experiences on iOS 15. There are so many things that I found myself wondering why it didn’t just work, despite believing that Apple’s mantra was more or less “it just works”. A prime example of this is why doesn’t holding down the power button surface a power menu? Why does it have to be a chore to restart my phone?

Overall, while I’ve loved using the iPhone 13 Pro, it’s not quite for me. I enjoy it and I’ll continue to carry it as a second phone as part of my job in this tech journalism industry. But that’s what it’s going to be to me: a second phone. It’s great for photos, the battery life is exceptional on standby, and I can always rely on it doing a job I need it to do at any given time. Nevertheless, my heart will lie with Android, and that will likely continue to be my preference for the foreseeable future.

Tags:  why wont my phone connect to mobile data