Cellular providers will shut off call and data functions to older phones over the course of 2022, paving the way for more advanced network services like 5G.

Now through the end of 2022, all major cell service providers — like Verizon, AT&T, and T-Mobile — are shutting down their older 3G networks, making room for faster 5G service. The changes have already begun, and will continue through 2022 depending on the carrier.

Any cellphones operating on a 3G network will no longer have call or data service once the network shuts down, including 911 service. Certain 4G mobile phones that don’t support Voice over LTE (VoLTE or HD Voice) will also be phased out.

The FCC recommended that consumers with phones older than an iPhone 6 or a Samsung Galaxy S4 visit their carrier’s website or contact their carrier to see if the shutdown will affect their phone. 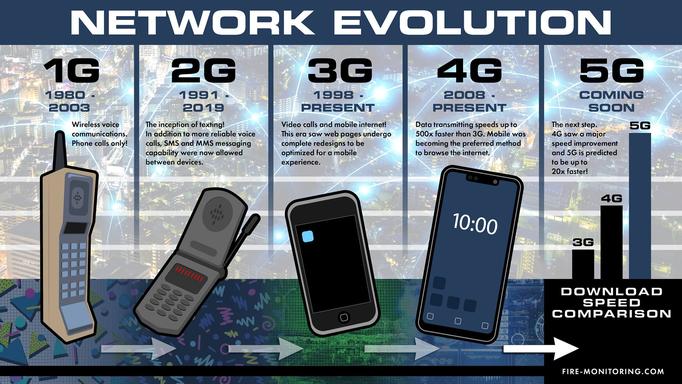 The closures of these networks are already underway — these dates mark the completion of the shutdowns. Many smaller carriers — like Boost, Cricket, Straight Talk, and Lifeline mobile services — also use the networks of larger providers like AT&T or Verizon, so the FCC urges customers of any network to check in with their service provider if their phone is more than a few years old.

Massachusetts’s Executive Office of Public Service & Safety (EOPSS) aims to raise awareness about the 3G shutoff, especially regarding 911 service losses. “EOPSS urges Massachusetts residents and businesses who rely on older technology to plan for the potential loss of cell and data functions, specifically 911 service availability,” said the EOPSS in a November statement.

The FCC said that 3G shutoff won’t just impact cell phones — “certain medical devices, tablets, smartwatches, vehicle SOS services, home security systems, and other connected products may be using 3G network services,” said the FCC in its recently released consumer guide to navigating the shutdowns. “And don’t forget about devices that use cellular connectivity as a backup when a wired internet connection goes down.”

“These plans to phase out 3G coverage result from a decision made solely by the major cellular providers,” said the EOPSS in their statement.

As 3G’s sunset date approaches, many cell service providers may offer free phone upgrades to eligible customers. Find resources and read more about how consumers can stay connected on the FCC’s website.

Surface Go 3: Release date, specs, price, and everything you need to know