iPhone, Android, Blackberry. If you are a working professional in the business world, you would undoubtedly have come across these things.

Perhaps you've been given one as a work phone for your company, or have decided to buy one for your personal use. Either way, it's become abundantly clear that our lives have become dependent on this type of technology, in both a business and personal sense.

With cell phones being used for dual purposes, inherent risks are also involved. The mix of sensitive data and personal information and activity is dangerous, particularly if people aren't careful about what they do online.

This begs the question of how safe we really are on our phones. Should Kiwis practice better smartphone security, and are they one swipe or tap away from a colossal data breach?

Famously, many prominent smartphone apps and programs have been systematically hacked by exploiting their key features. In the professional world, a notable example of this was the infamous Uber app hack in 2016, which resulted in 57 million users having their information across all mobile devices.

The risk is real, and with the increased undertaking of hybrid and remote work, hackers have an even bigger opportunity to steal data from a range of new networking and content making apps installed on smartphones. To add to this, there is the heightened risk of a breach through means such as IP addresses, fake apps and cookies through Safari or Google.

A damning statistic in Proofpoint's 2020 State Of The Phise Report revealed that before the pandemic, 90% of respondents globally said they used employer-issued devices for personal activities. In addition, 32% of working adults were unfamiliar with Virtual Private Network (VPN) services. The findings also revealed a significant knowledge gap, where only 61% of these adults correctly identified examples of phishing and understood the term. Both of these subjects are some of the most common security threat related terms for device users.

In the subsequent 2021 report, more than 50% of respondents indicated they used a hybrid work scenario, and through this, there were further indications that work phones are still being widely used for a variety of personal reasons, including gaming and online shopping. The most common use of work devices was to check a personal email, which can be attributed to various cyber risks. 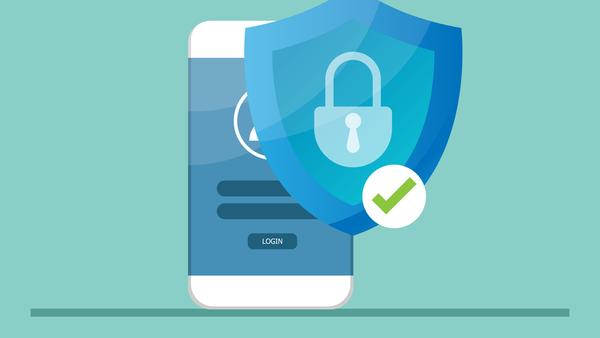 McAfee consumer marketing director Natalie Maxfield states on the McAfee company blog that, "A smartphone loaded with business and personal data makes for a desirable target. Hackers target smartphones because they're often unprotected, which gives hackers an easy "in" to your personal information and to any corporate networks you may use. It's like two hacks with one stone."

With this statement in mind, it's clear both businesses and consumers need to be aware and proactive in these times of rapid change. New Zealand Telecommunications Forum's (TCF) CEO Paul Brislen believes while the problem is less of an issue directly here in NZ, employers and employees are starting to become more aware of the dangers involved and then acting accordingly.

"I think the more people rely on these devices, and the more we use them for everything from banking to COVID, the more at risk they are. I think people are becoming much more careful."

He elaborates that hybrid work has forced employees to have more self-responsibility for their own cell phone security as they will generally not have access to the full range of systems in place they would usually have in a workplace or office.

"A lot of companies have now said, 'you guys are now responsible for your own IP security in a way that you never were before.'

"If sitting in an office, it was generally absolutely fine to rely on the firewall and the IT department. When you're at home, it's all on you. You've got to be aware of phishing attacks and scam calls and all that kind of thing," he says.

The TCF also consistently works alongside key government agencies on behalf of the telco industry to maximise security and limit fraud in any way they can.

"We work on behalf of the industry with the likes of CIT, the Cybersecurity Emergency Response Team and the GCSB."

When asked to give advice for employers who provide staff with work phones and plans, Brislen says it would be wise for them to think carefully about the demands of the business and the degree of risk associated with each role.

"I really like the idea of employers and employees sitting down and working out what digital technology is right for that employee in that role," he says.

"I had lunch with an old colleague, and he's got a work phone and a personal phone and never the two shall meet. He keeps them very separate because he's in a high security role."

Brislen says at the end of the day, communication is the key to better solutions.

"It's really about having that conversation, making sure that you're maximising everybody's best efforts."

Telecom provider Spark NZ is also involved in ensuring its clients' networks for cell phones are secure and reliable.

Spark cyber defence chapter lead Nyuk Loong Kiw says that many factors to do with individual work systems are beyond the Sparks control, but the company suggests some useful safety measures to follow and have implemented a number of controls for general security.

"Risk management is a core part of running all businesses. Cyber security risk associated with cell phones is only one aspect of the possible attack vector. Spark's recommendation to businesses is to have a defined cyber security strategy and plan, understand what could hurt their organisation due to a cyber security incident (e.g. ransomware, DDOS or a compromised account on a cell phone or laptop) and have plan to protect and detect those events accordingly," he says.

He says that risk is most prominent when the employer does not provide devices such as phones, and having clear communication channels will prevent information from getting lost in the process.

"If the devices are provided by employees, that creates risk. For example, an employee's device might be old, and they may have trouble updating it. Or it may contain apps that could put the organisation's information at risk if they're from an untrusted source or if the employee has given the apps wide-reaching permission to access information on their phone. However, if businesses provide the mobile device, they may find it easier to oversee things like updates, operating systems and to manage the overall business technology environment.

"It is also a good idea to have open lines of communication about how an employer expects a work-provided mobile phone to be used, whether and to what extent the employer will have access to the device and information held on it, or even what will happen to the device and data in certain scenarios, such as when the employee moves on."

Some of the other tips recommended by Spark for businesses and consumers include:

www.makeuseof.com The 6 Best Alternatives to MyFitnessPal for Android and iPhone