The existing Chief Executive Officer (CEO) of broadband ISP and TV operator Virgin Media UK, Lutz Schuler, has today been named as the overall CEO for the combined company that will exist once the proposed £31bn merger (50-50 joint venture) with mobile operator O2 (Telefonica UK) completes in the near future.

On top of that Patricia Cobian, O2’s existing Chief Financial Officer (CFO), has also been named as CFO for the joint venture.

At present, we’re still awaiting the outcome of the Competition and Markets Authority‘s (CMA) ongoing phase 2 investigation into the merger, which has raised some competition concerns but nothing that looks unsurmountable (here). In theory, there shouldn’t be too many obstacles to the deal since both operators’ largely focus on different parts of the UK telecoms market and a prior merger between EE and BT sailed through.

Assuming all goes well then the combined business has already proposed to invest a further £10bn into the UK over the next 5 years (here). The money would be used to help acceleration the deployment of 5G mobile and to expand their gigabit-capable home broadband network (via DOCSIS 3.1) to reach an extra 1 million premises “within 12 months of the merger closing” (total of 16 million). 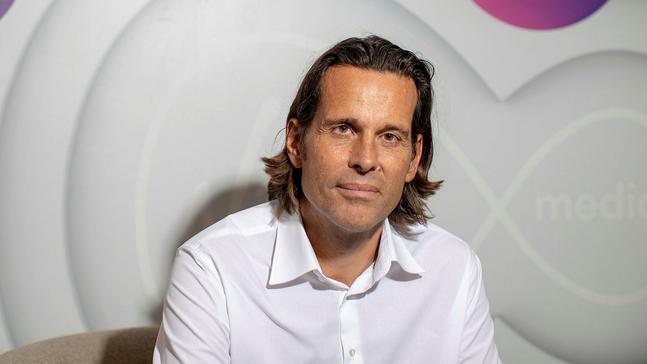 On top of that the merged company has also previously spoken of their “ambition to accelerate investments” and connect a further 7 million homes to their gigabit broadband network “in the coming years.” Such a major network extension, using Fibre-to-the-Premises (FTTP) technology, would see them move into many smaller towns and villages.

We strongly expect the merged business to launch a fixed line wholesale solution too for UK ISPs, thus placing them into direct competition with Openreach (BT). Such a change would represent a seismic shift in the UK broadband market and give Virgin Media’s network a new lease of life for future support and upgrades. Openreach’s rival gigabit-capable FTTP network is currently only available to 4.5 million premises vs VM’s 15 million.

The joint venture is also expected to deliver substantial synergies valued at more than £6 billion on a net present value basis after integration costs and will create a nationwide integrated communications provider with £11 billion of revenue. Barring any last-minute obstacles, the deal is due to complete by around mid-2021 (the CMA should rule on it next month).

New Trackers Claim to Measure Your Stress, But Do They Work?