This week on NBC’s La Brea, the survivors voted to leave two rabble-rousers out in the cold, while Gavin tried to “go back to the beginning”….

IN THE LAND DOWN UNDER….

In the wake of the standoff that left Dr. Nathan’s fiancée, Diana, dead of a gunshot wound, the survivors banded together to “vote off” both the shooter, Marybeth, as well as Eve — with a still-perturbed Josh siding against his own mom. The ladies’ exodus was interrupted, though, by the arrival of the sort of abrupt, violent winter storm that apparently was a thing back in those times. The high winds toppled a telephone pole that, I guess, had lodged itself in the ground upright after tumbling through the sinkhole 🤷🏻‍♂️, and it in turn crushed a structure inside of which Lucas and his mom were quarreling.

The crushed slabs and stones were immovable both for those inside the cave-in and out, affording Marybeth the time and place to come clean to a claustrophobic Lucas about his father’s death: She didn’t shoot him in self-defense. Rather, she had learned that her drug-dealing hubs had cut a deal to flip on their son, and hang Lucas out to dry withthe cops. So to save young Lucas prison time, she shot dead her husband in his tracks, and kept mum about it all this time lest Lucas’ perception of his dad be dashed. By the time that Sam made a makeshift IED to blow a hole into the side of the caved-in structure, Marybeth and Lucas had made a good amount of amends. And Josh, moved by his mom’s efforts to save the two, called for a re-vote, and Eve and Marybeth were spared banishment (provided that the later surrender her pistol).

Elsewhere, Ty came to after getting clobbered by Veronica, realizing he had been tied up. Spotting that lady from the fort (played by Tonantzin Carmelo) not too far in the distance, he begged the stranger to free him, which she did— after using her sword to save him from a rattlesnake. When Ty passed out from his wounds, the woman apparently got him to her “tent,” where he eventually awoke and realized his wound had been stitched up. Ty gleaned that his new acquaintance was the fort’s medicine woman, and that she spoke not just English but very fluid, contemporary English. Paara, as the medicine woman eventually ID’d herself, explained that her people had been in this time and place “forever,” and that Ty and his friends were not the first, well-intentioned “Sky People” to tumble into their world — . Paara also explained that the lights do close and open back up, though there is no predicting when. 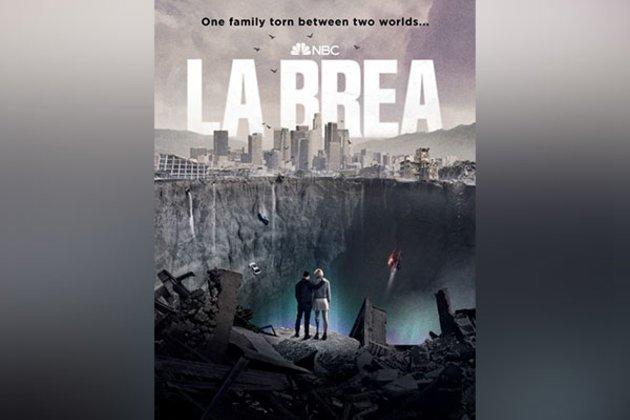 Also, Josh and Riley had taken the Jeep out to an 18-wheeler that someone had recently spotted, to look for tools to help free Marybeth and Lucas. Instead, the storm trapped the two inside of what turned out to be the wardrobe trailer for a movie. Thankfully, we did not get a goofy try-on montage; instead, the two bonded a bit, leading to a near-kiss between the UCLA co-ed and younger fella. With the storm subsided, they headed back to camp with a stash of coats (and likely more outfits for Eve to change into).

Working off of the clues that Dr. Aldridge left him with before parachuting out of the plane (into the sinkhole, apparently?), Gavin realized that “the beginning,” Nov. 16, 1988, was the day that he was adopted. Sending a grousing Izzy back to school and then looking into his fuzzy pre-adoption life, Gavin, with help from Dr. Nathan and her apparently abundant CPS sources, learned that he was dropped off with CPS by clergy from a church in Topanga. They had found him wandering along a road with a 12-year-old girl who, like, Gavin was amnesic. Gavin doesn’t remember the girl, but Sophia again works her copious contacts to narrow it down to Ella, an artist in Silver Lake. (Along the way, Gavin spotted a photo of Sophia’s fiancee, and regrettably shared the news that, as seen through his visions, Diana is dead.)

When Gavin and Sophia arrive at Ella’s art gallery, it’s closed, so they look around back and find a sculpture garden — and it features a prominent piece in the shape of the fort’s handprint. “I’ve seen this before,” Gavin notes. “Whatever the hell it is, she’s connected to that place.”

Safe to speculate that both Gavin and Ella were actually born in 10,000 B.C., then somehow made the reverse-trip to our world as young’uns?

Want scoop on La Brea, or for any other show? Email InsideLine@tvline.com and your question may be answered via Matt’s Inside Line.