Location
Home → BLOG → Xbox VR: everything you need to know

Will Microsoft ever create an Xbox VR headset? It’s a question that’s been on everyone’s lips since the release of Sony’s PSVR, but so far the Redmond-based company has been reluctant to enter the field of virtual reality.

However, with the Meta Quest 2 (formerly known as Oculus Quest 2) becoming the most accessible and one of the best VR headsets on the market, and Sony doubling down on its commitment to virtual reality with the PSVR 2 – its next-generation VR headset for the PS5 – it’s clear that VR isn’t a passing fad.

In fact, you could argue that VR gaming has never been more popular, which has inevitably led to speculation over whether or not Microsoft will also join the race by supporting the tech on Xbox Series X and even Xbox Series S. After all, the only thing more impressive than seeing Microsoft Flight Simulator running on a console would be being able to play it using an Xbox VR headset.

Microsoft already has experience in the VR market, too, with its HoloLens mixed reality headsets. It’s not too difficult to imagine the idea of Microsoft allowing functionality with Xbox Series X/S consoles instead of creating a proprietary headset just for the console like Sony has done with PSVR. However, at the incredibly steep price of $3,500 for the HoloLens 2, the wireless headset simply isn’t at a consumer-friendly price point to be feasible, not to mention as a mixed reality headset, it’s not designed to fully immerse you in VR.

Still, could Microsoft be gearing up to make its own affordable gaming-first consumer VR headset for Xbox Series X/S? Below, we’ve rounded up all the information and rumors on the matter and whether playing Halo Infinite in VR could become reality in the near future.

While Microsoft hasn’t officially announced that its making a VR headset for Xbox consoles, it’s still been involved with the technology in various ways. The Kinect made for Xbox 360 used RGB cameras and infrared detectors for motion-sensing inputs without a controller, which it also (albeit unsuccessfully) added to Xbox One. It might have been feasible for that technology to be implemented with VR in the same way Sony adapted its PlayStation Move controllers and the PlayStation Camera for its original PSVR headset. 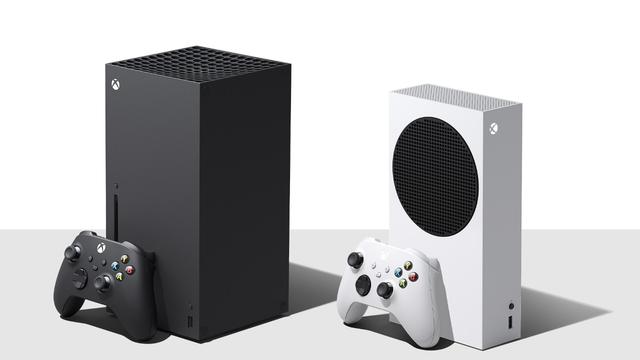 Microsoft has also collaborated with Valve and HP in designing the HP Reverb G2 VR headset, and it also released its own mixed reality headset, the HoloLens, although the latter is astonishingly expensive, with HoloLens 2 starting at $3,500, making it unviable for consumer gaming. It’s not even designed to fully immerse you in virtual reality, either, as it’s a mixed-reality experience that relies heavily on AR: augmented reality.

However, it was also reported last month thatMicrosoft has scrapped the development of HoloLens 3, leaving its future commitment to VR in doubt. On the other hand, with a greater interest in consumer VR and the metaverse (something mentioned as part of its acquisition of Activision Blizzard for $67.4 billion), it could also be that the company is changing direction, with the intent of developing a more affordable consumer-friendly VR headset rather than the pricey HoloLens that have so far been focused on business use, including commercial contracts with the US army.

If this was the pivot though, it wouldn’t explain why it’s had trouble retaining specialist staff. LinkedIn profiles show at least 25 Microsoft mixed-reality employees left for Meta in 2021, including several multi-decade veterans.

The VR gaming market may be small compared to consoles, with Sony’s PSVR having sold through just 5 million units as of January 2020 (compared to the over 110 million PS4 units sold in its lifetime), but it is nonetheless growing. The Meta Quest 2 (or Oculus Quest 2) has been gaining more ground as a wireless and self-contained headset that can still be plugged into a more powerful PC to play games like Half-Life: Alyx.

With Sony planning to release PSVR 2 in late 2022 or early 2023, there’s a sense that Microsoft might not want to miss out on this emergent market by developing its own consumer-friendly headset. The potential to transform the experiences of its games could also be huge. Imagine just how more immersive Microsoft Flight Simulator would be when you’re right in the cockpit looking out over literally anywhere in the world.

We’ve seen a similar impact with PSVR, though it was admittedly held back by its less than impressive technical specs. Nevertheless, it provided an even more realistic experience in Gran Turismo Sport (and we hope that Gran Turismo 7 will get VR support for PSVR 2 when it arrives). There’s nonetheless a lot of untapped potential from this new console generation, but Microsoft would need to act fast if it doesn’t want to be left behind when it comes to virtual reality.

Why you shouldn’t expect VR for Xbox Series X/S

Yet, despite the potential of VR, the market does remain rather niche, and it’s one that Microsoft may simply want to avoid for such a potentially small return.

In terms of power, there’s no doubt that Xbox can run VR games. However, when broached on the topic, CEO of Gaming Phil Spencer’s main concerns highlight why the platformer holder is not yet ready to bring VR to its consoles.

In 2017, following the reveal of Xbox One X at E3, Spencer appeared in a Giant Bomb video where he discussed Xbox’s lack of VR. While he said he was a “believer in the category”, he had reservations over its suitability in the living room, especially with the cords. This barrier may have been addressed over the years, with PSVR 2 requiring just one cable and doing away with the need for an external camera, while the Meta Quest 2 is fully wireless but also one of the weaker headsets on the market when it comes to processing power.

While Spencer hasn’t ruled out Microsoft getting to the point where it would be comfortable with investing in VR for Xbox, it looks more likely that Xbox owners shouldn’t expect a dedicated headset or third-party headset support anytime soon, or at least not until another console generation when hopefully pricing, audience reach, and the problem of cables, have been fully resolved.

Can you use a VR headset with Xbox Series X/S?

Xbox Series X/S does not officially support any VR headset. Although a message discovered by Italian Xbox users in 2021 saw a pop-up message indicating that “An update for the VR headset is available” when connecting an Xbox Wireless Headset, Microsoft has since quashed this rumor as a translation error. There is also no Xbox software that supports any VR modes currently.