What to Look For in a Nintendo Switch Headset in 2022

A good headset does more than give you a way to communicate with teammates. It can also isolate you from the outside world, providing an immersive gaming experience and producing high-end audio that beats out the Switch’s built-in speakers or a low-end home entertainment system. Shopping for the right headset can be difficult, however, as there are literally hundreds of products on the market—and many of them carry very similar specifications.

Nintendo Switch’s approach to voice chat is a bit convoluted. Many of its games require the use of a smartphone app for communication, with only a handful of games offering built-in functionality for group chat.

This means not all games will require (or even allow) a headset for communication, and you’ll want to double-check your catalog before investing in a headset for Switch. The last thing you’d want to do is buy a fancy headset only to find out you can’t use it to chat with friends in your favorite game.

If you’re seeking a headset to have an immersive single-player experience as well as for multiplayer use, you’ll need to consider both the included microphone and the performance of the headset’s drivers. These are the internal components responsible for creating deep bass during explosions and crisp vocals during cutscenes.

Just because two products both feature 40mm drivers doesn’t mean they’ll perform the same. Cheaper products tend to cut a few corners with their audio software, resulting in muddy sounds when the action gets intense.

Once you’ve figured out which types of games you need a headset for, you’ll want to determine the type of connection you’re after, as wireless headsets typically cost more than their wired alternatives. Additional features such as a steel-reinforced headband, removal microphone, and premium leather earcups can further drive up your price tag.

It’s hard to go wrong with most products from well-known brands such as Razer and SteelSeries, but some headsets simply perform better than others. We’ve put together a shortlist of the five best Nintendo Switch headsets on the market for a variety of needs.

Regardless of what you’re looking for, these products are sure to check all the right boxes.

Razer headsets are always among the best in their class, and it’s hard to beat the versatility of the Barracuda X. Offering the perfect combination of price and performance, Razer’s premium headset is great for both single-player and multiplayer games—and its durable enough to withstand even the most demanding of travel schedules.

Powering the action are Razer’s TriForce 40mm drivers, which produce vivid sounds regardless of what’s going on in your game. The fancy tech is built into an ultra-light design that makes them easy to wear during extended play sessions.

The only drawback to the design is the Barracuda X’s lackluster noise isolation, meaning you’ll probably hear a bit of ambient sound leaking in unless you crank the volume all the way up.

Aside from that minor complaint, there’s little else to fault with the Barracuda X. A detachable HyperClear Cardioid microphone makes it easy to communicate with teammates in games that allow it, on-headset controls make it easy to control your settings, and you’ll get up to 20 hours of playback on a single charge.

There’s no shortage of great headsets available for Switch, but you can start and end your search with the Razer Barracuda X.

Often on sale for $30, the Turtle Beach Recon 70 headset punches well above its weight class. Its overall sound quality won’t compete with some of the premium options on this list, but casual players will benefit from most of the same features you’d find on a more expensive product.

For example, the Recon 70 offers large, comfortable earcups, a wide selection of colors, and an impressive microphone that automatically mutes when you flip it up into the headset.

Turtle Beach built the Recon 70 specifically for Nintendo Switch. However, the 3.5mm jack gives it the ability to work on Xbox and PlayStation consoles as well as PC and smartphones with an audio port. So if you’re looking for a great headset for all your gaming needs, it’s hard to pass up the value offered by Turtle Beach.

Like the high-end Razer Barracuda X, this budget-minded headset uses 40mm drivers to pump out deep bass and crisp treble—although it’s a bit muddier than an audiophile would like. 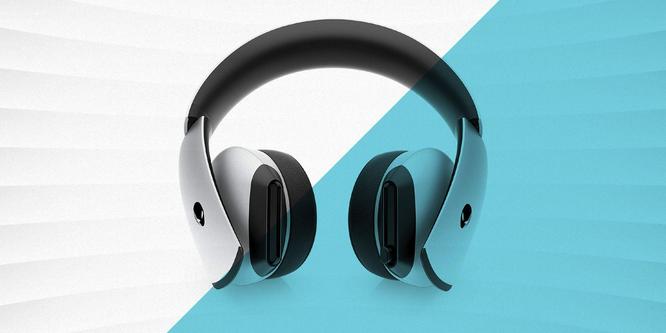 Still, there’s not much else in this price range that brings as much to the table as the Recon 70. Combine its specs with its lineup of eight unique designs, and you’re bound to find something that fits your needs.

Turtle Beach’s Recon 70 comes in a variety of designs and offers more features than you’d expect for its price, although its overall sound quality can’t compete with more expensive headsets.

Turtle Beach is no stranger to crafting affordable products, and the Recon 70 poses one of the best values you'll find for a Switch headset.

SteelSeries calls the Arctis 1 a “4-in-1 wireless” headset, as it’s compatible with PC, PlayStation, Nintendo Switch, and Android devices. Much of that functionality is all due to its USB-C wireless dongle, which makes it easy to quickly connect to your gaming platform of choice. It also works via a standard 3.5mm jack when you don’t need its wireless capabilities.

The Arctis 1 Wireless uses the same premium drivers seen in the expensive Arctis 7 headset—giving you high-end sound without the high-end price tag. Its overall design isn’t as sleek as the Arctis 7, however, and its flat earcups and generic design might leave you wishing for something a bit more stylish.

If you can look past the divisive design, there’s a lot to love about the Arctis 1 Wireless headset. The drivers might be the main attraction, but you’ll also get a steel-reinforced headband for added durability, a removable microphone, and a 2.4GHz wireless connection for low latency audio and voice communication.

Boasting the same drivers as the expensive Arctis 7, the Arctis 1 Wireless headset behaves like a much more expensive product.

PDP might not have the clout of Razer or SteelSeries, but it’s been designing gaming gear for more than three decades. Its LVL40 headset is one of its latest products, and it’s officially licensed by Nintendo for full wired support on Switch.

The affordable headset comes in a variety of colors, and its lightweight design is perfect for long gaming sessions. Parents will love the durable construction, which helps it survive being tossed on the floor numerous times, while kids will benefit from a headband that’s easily adjustable for a comfortable fit.

While the headset certainly looks great, a few of its materials are on the cheaper end of the spectrum. The entire headset might feel a bit underwhelming in the hands of some owners, but the overall sound quality of the 40mm drivers and vibrant designs should be more than enough to satisfy young gamers.

And if it does happen to get stepped on or misplaced in a room full of toys, you’ll be glad to know the PDP headset is often on sale for just over $20.

Thanks to their affordable price, vibrant colors, and lightweight build, the LVL 40 headset is a perfect fit for young gamers.

The Bose QuietComfort Earbuds are among the best earbuds money can buy. Now that they’re compatible with Nintendo Switch, they’ve quickly become a fan-favorite for the console. They’re a bit on the expensive side, but there’s little doubt you’re getting a premium product.

Despite their diminutive size, Bose managed to give the QuietComfort earbuds some impressive noise-canceling prowess. If you don’t want to be fully isolated from your environment, you can turn on Transparency Mode to completely turn off active noise cancelling. It’s a powerful feature and one that’s a perfect fit for Switch’s portability.

Add in six hours of life on a single charge, an IPX4 rating for sweat and water resistance, intuitive touch controls, and an ergonomic design for all-day comfort, and you’ve got one of the best headsets on Switch.

They cost a bit more than others on this list, but the Bose QuietComfort Earbuds offer impeccable sound in a slim and sleek footprint.

The Best Bluetooth Headphones for Nintendo Switch of 2021

This Apple Watch copycat is surprisingly good for just $18

Roaming fees are back. It’s time to switch network