Get the features you want without the price tag.

Microsoft has a reputation in recent years for being highly accessible and consumer-forward, but it still hasn’t extended that openness to third-party controller manufacturers.

The Xbox Series X/S uses a proprietary wireless technology that Microsoft has thus far refused to share, even with companies that have officially licensed hardware for the system. So, any third-party controller you find is going to be wired only. But that doesn’t mean there aren’t lots of great, affordable options out there if you don’t mind a cord. Many of them rival the features of Microsoft’s own Elite controller and for quite a bit less money.

Here are some of the best third-party Xbox Series X/S controllers of 2021. 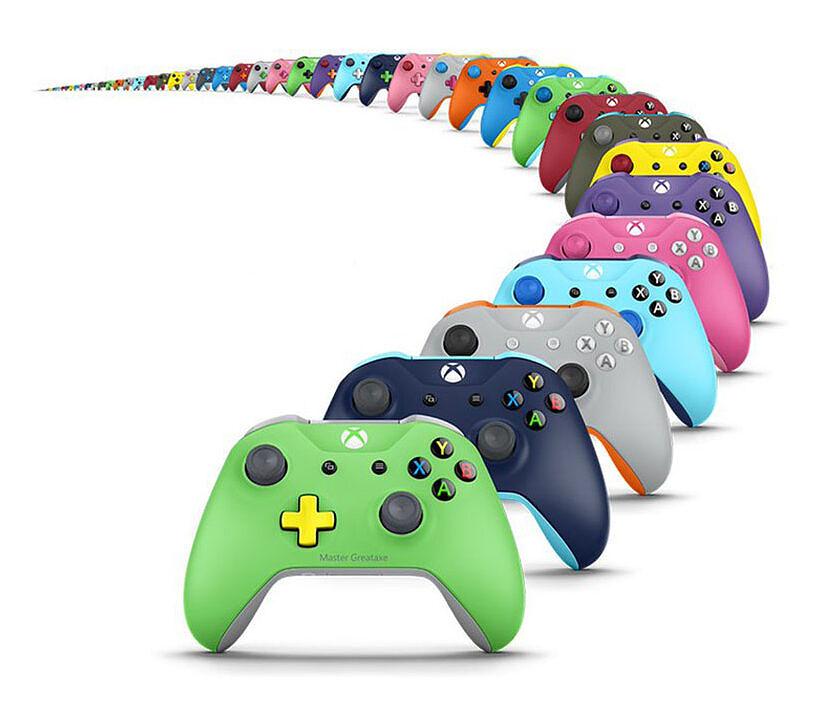 Turtle Beach used to be top dog in the gaming headset market before getting dethroned by a slew of competitors, but they still make solid accessories. The Recon controller takes Turtle Beach’s history of audio hardware and incorporates it directly into the controller with an audio panel. The audio panel adds volume, mic mute, and EQ buttons for those wanting quicker control over their Xbox audio settings, but also adds what Turtle Beach refers to as Superhuman Hearing. The Superhuman Hearing button will crank up the quiet sounds in a game’s audio with the intent of making it easier to hear footsteps and quieter noises while gaming. The handles are also fitted with rubberized grips and the back has two programmable buttons, and offers options for changing thumbstick sensitivity on the fly. If you game with headphones then the Recon is a great option to add a ton of audio-based features right at your fingertips.

PowerA has sort of moved into the third-party accessory vacuum left in the wake of companies like Mad Catz as the default budget controller brand, but not all of their offerings are strictly budget hardware. The Fusion Pro 2 offers a lot of the features found on the Elite controller at less than half of the price. It has three-way locks for changing the actuation point of your triggers, replaceable thumbsticks, and four programmable back buttons that look nearly identical to the ones on the Elite controller. In addition to that it tacks on a mute button to make up for its lack of wireless support, as well as throwing on rubberized grips for good measure. It’s just about everything the Elite controller offers, but for a lot less money and using slightly more affordable materials.

Razer doesn’t just make PC gaming accessories; they have a sizeable history of fight sticks and controllers in their repertoire as well. The Wolverine V2 features Razer’s signature RGB (customizable in a specialty app), has triggers locks for customizing actuation distance, and touts a highly tactile d-pad and set of face buttons. The thumbsticks, like Microsoft’s own Elite controller, are removeable and it come in multiple sets.

The real treat though is the back button configuration. Instead of paddle style buttons that extend from the handles, Razer has fitted the Wolverine with a set of four center-mounted buttons. For those of you who want that programmable back button experience but struggle with hand placement, having them center-mounted could make all the difference.

8bitdo exploded out of the gate a few years ago making fantastic retro style controllers that work across a slew of different platforms and hardware, but it wasn’t until recently that they were able to get a license from Microsoft to make an Xbox controller. The Pro 2 probably won’t take your game to the next level if you’re into competitive FPS games, but it’s a great retro style controller for those wanting to play some classic titles that just feel a bit weird with a modern controller. That doesn’t mean it’s fully lacking in modern features though: it includes dual programmable back buttons and is fully customizable in 8bitdo’s own software utility.

Microsoft might not be willing to hand out licenses to make wireless controller for their hardware, but that hasn’t stopped manufacturers from putting out some great hardware nonetheless. If you’re after Elite controller style offerings but aren’t willing to shell out the money to get one then there are lots of great, functional, affordable controller solutions out there.

This article includes affiliate links, which may provide small compensation to Dot Esports.

Here Are the Most (and Least) Secure Fitness Trackers