When parents buy a brand-new PlayStation 5 for the family—if they can find one—chances are they'll grab a few first-party accessories to go along with the console. That might include Sony's latest Pulse 3D Wireless Headset. These headphones are the default for PS5 owners, but I'm here to tell you to expand your horizons—you don't have to stick with the Sony-made accessories.

The Pulse 3D does the job very well, considering the $99 price, but you don't need the headphones to make the most of the PlayStation 5's snazzy new 3D audio technology. Save your money. Chances are you have a compatible pair of headphones lying around that will suffice.

This wireless headset comes with a USB dongle you plug into a PC, Mac, or PlayStation, and it's what pairs the Pulse 3D with the system. You also get a 3.5-mm headphone cable so you can plug it into anything with the audio jack. However, on nearly every device you're getting a basic stereo audio experience. The draw is Sony's Tempest 3D audio tech, which you'll only get when you hook the Pulse up to the PS5. 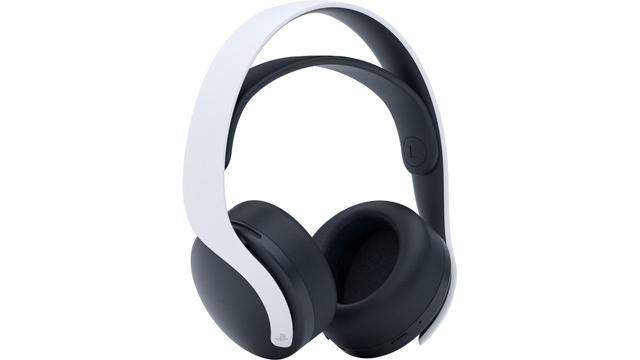 Tempest is a new system that lets game developers attach sounds to specific objects and enables those sounds to change based on their relative position, making the game world feel more immersive. The trick is that this all happens in software. There's a very complicated explanation for how it all works, but the good news is that it works on most stereo headsets. No surround sound is required, virtual or otherwise, to hear audio that feels like it's moving through three-dimensional space.

That puts the Pulse 3D in an odd position. Despite the subtle implication in the name, you actually don't need Sony's first-party headset to get the benefits of the Tempest system. Almost any wired or wireless headset will do. That means Sony's hardware needs to stand on its own merits.

For such an inexpensive headset, the Pulse booms with thunderous bass and delivers crisp, detailed sound where it counts. When paired with the PS5, there are three equalizer presets to choose from—standard, bass boost, and shooter—and three slots where you can make your own adjustments. It's a convenient way to tweak the audio to your liking and get back to those same settings later if you decide to change it.

It's too bad there's no boom mic on the Pulse 3D (the elongated microphone that typically sticks out of the headset). The headset doesn't do the best job of isolating your voice from background noise, so if you're often playing in a loud environment, you'll want to look elsewhere.

The physical design and build of a pair of headphones are like computer-generated imagery (CGI) in a movie. Done right, you might not notice the visual effects, but done poorly, they stick out like a sore thumb. The Pulse 3D falls into the latter camp. The plastic casing of the cans and headband is cheap and flimsy. The buttons on the left ear cup are thin, sharp, and uncomfortable to touch.

This is especially a problem with the power switch, which is far removed from the rest of the buttons and feels uncomfortable to push back and forth. It’s not a headset-breaking issue, but it’s an annoyance you'll have to deal with every single day. It's also unfortunate that there's no Bluetooth support, limiting the headset largely to your living room (unless you're still rocking a phone with a headphone jack).