Apple has seen fit to announce the new iPhone SE and iPad Air 5 at its Spring event with numerous surprises. The new iPad Air 5 was rumored to be powered by the A15 Bionic chip but Apple decided to take it up a notch and incorporate an M1 chip. Apple's move was a total surprise and it only made the device more appealing to the public. In addition, the M1 chip part of the iPad Air 5 features enhanced performance capabilities compared to the A15 Bionic. However, if you are looking to buy an iPad with the same screen size, here are the reasons why the M1 iPad Pro is a better pick compared to the iPad Air 5.

If you are confused between the M1 iPad Pro and the M1 iPad Air 5, we will guide you to make an informed decision. There is a wide range of differences between the two models and it is better that you are aware. Take note that the final decision rests in your hands. Check out the reasons below detailing why the M1 iPad Pro is a better option than the recently announced iPad Air 5.

The M1 iPad Pro houses four speakers instead of two on the iPad Air 5. It gives you an immersive audio experience when viewing media content. 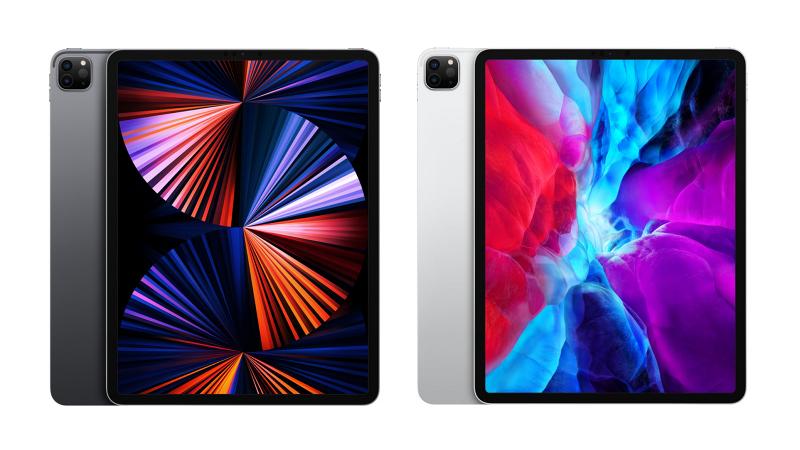 iPhone SE vs Galaxy A33 5G – Clash of the Mid Rangers

The M1 iPad Pro features Face ID for all authentication purposes. The iPad Air 5, on the other hand, sticks with the Touch ID in the Power button. While it all depends on user preference, Face ID is advanced and much easier to work with.

The M1 iPad Pro features a USB-C connector with support for Thunderbolt 4 and USB 4. The iPad Air 5 features USB-C without Thunderbolt 4 support. Nonetheless, both models can connect to the new Studio Display from Apple.

These are some of the major aspects of the M1 iPad Pro and the new M1 iPad Air 5. The iPad Pro is a better choice for you but you have to take note that it is $200 more than the iPad Air 5 for the base model. If you want to use high-end features and a better display, it would be wise for you to go ahead with the M1 iPad Pro. If you want to save some bucks and tone down your experience a little, then the iPad Air 5 is the one to go for. You can read more details in our iPad Air 5 announcement post.

This is all there is to it, folks. Share your choice with us in the comments.

M4 closure this weekend at Heathrow and M25