Sweden is a famously tolerant country, but one thing its people are quite intolerant of is poor quality. That became apparent to me on my recent trip to see the unveiling of the new Lynk & Co car brand, but I also had an inkling about it from the various headphones that have crossed my path from the frosty blue-and-yellow country. So, in classic Swedish fashion, I’m gathering them all up now today as a smorgasbord review.

Not long after The Verge was founded in late 2011, I heard from Nocs, a small team from Stockholm that had managed to get its impeccably tiny and minimalist headphones into Apple stores. I tried out the $70 NS400 (as well as their step-up $80 titanium-clad siblings), the $120 basshead-friendly NS600 Crush (dressed up in the pretty aluminum shells pictured above), and the top-of-the-line $150 NS800 Monitors (designed for the most faithful sound reproduction and housed in stainless steel). All of these in-ear headphones had that unmistakeable purity of Scandinavian design: beauty achieved through purity of purpose, simplicity, and efficiency.

There wasn’t a single set in the Nocs range that I didn’t like. The 400s were good, if not spectacular, though I didn’t detect any difference between the basic aluminum option and the more expensive titanium housing: it’s a matter of style rather than sound preference there. Both use an 8mm speaker with a titanium-coated diaphragm. The NS600 Crush steps things up with separate speakers inside each earbud for low and high frequencies, and its bumped-up bass response delivers my favorite soundsignature from the whole Nocs range. The NS800 uses a balanced armature instead of a dynamic speaker, and it also sounds great. It’s testament to the quality of all of these headphones that they haven’t changed since 2012.

Fit is always the most underrated aspect of sound and the thing that makes the Nocs attractive is their almost ethereal lightness and smallness. They practically disappear once I’ve got them seated in my ears and their kevlar-reinforced cables resist tangling nicely. I don’t think Nocs has done anything exceptional in terms of amazing sound quality or noise isolation, but if you value good looks and outstanding ergonomics, you can hardly go wrong with this group of Swedes.

One shared feature among all these companies is that they’re small groups of people crafting headphones just for the fun and pride of being able to do it. That means the public relations chief is oftentimes also the lead sound engineer, which, on a personal note, makes it hard for me to criticize passionate designers I’ve gotten to know. Hard, but not impossible, and Jays provides my biggest disappointment in this set with its $279 q-jays in-ear headphones. Are they exceptionally small and beautiful? Of course they are, they’re Swedish. These are some of the smallest headphones with replaceable cables. But their big Achilles' heel, in my experience, was a poor fit that never kept them in my ears satisfactorily and thus left me with a poor impression of their sound. Even when I held them in my ear by hand, their sound was just too light on bass — Jays aims for reference quality, but the q-jays mostly just sound undernourished to me. 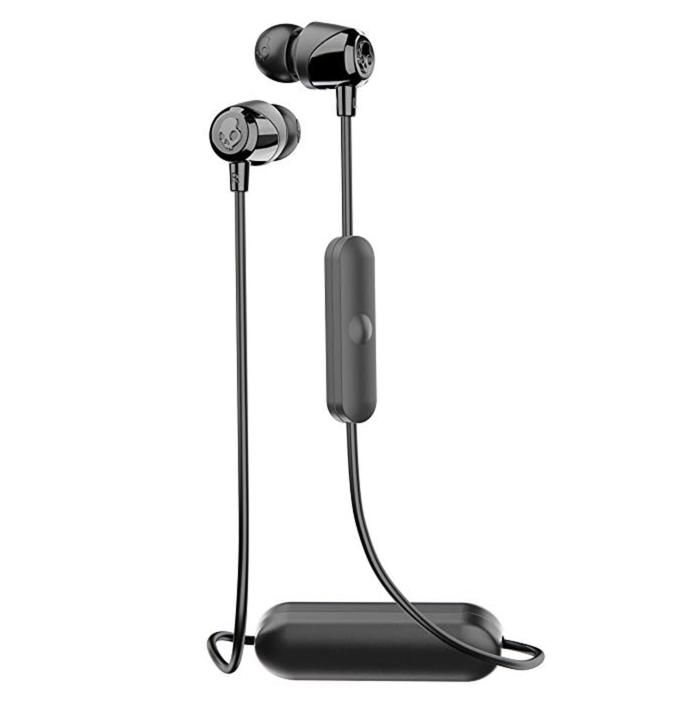 The cheaper Jays sound better than the premium ones

Funnily enough, the less exclusive $69 a-jays delivered a more pleasing sound, and are certainly much better suited to offsetting external noise during long commutes with their extra bass. But alas, though their fit is much better than the q-jays, I can’t really recommend the a-jays either, as their sound is muddier and less precise than alternatives like the Nocs above or the otherworldly $38 Zero Audio Carbo Tenore.

The star of Jays’ show is actually the u-jays on-ear headphone. Now priced at $119, it’s a comparative steal for the quality it puts out. On-ear headphones are oftentimes the worst of all worlds: lacking the deep and resonant bass or long-wearing comfort of over-ear designs, yet also missing the optimal portability of in-ear alternatives. The u-jays do a great job of breaking free from that stereotype with bass that is absolutely addictive in its fullness, impact, and quantity. These are also superbly comfortable headphones that come with optional gold accents that make them look quite pretty and stylish, too. You won’t hear me recommend many on-ear headphones — the only other set I’d even consider is the Beyerdynamic T51i, which costs hundreds more — but the newly cheaper u-jays are an easy recommendation. A $179 wireless variant is said to be coming soon as well.

A chance meeting during IFA 2016 introduced me to Degauss Labs, whose backstory includes building proprietary earphones for Nokia and Sony Ericsson, back in the days when those companies were selling phones without standard headphone jacks, too. It’s still a family-run operation based out of Stockholm, though, and it’s got all the same aspirations as Nocs and Jays: high design, excellent craftsmanship, and a ton of personal pride invested in building a uniquely appealing product.

Degauss was at IFA with a sales pitch revolving around having a fully customizable three-button remote for Android smartphones. The company offers its own app with an exhaustive list of options for auto-launching your favorite music app or reassigning what each key does with one, two, three, or even four presses. It’s all quite unnecessary to my mind, but it’s true that Android is lagging behind the iPhone in terms of tailor-made accessories and it’s nice to see some effort toward rectifying that ecosystem gap. And hey, the focus on the remote doesn’t stop Degauss’ headphones from sounding pretty great.

I tested the second generation of the $129 Noir (the iPhone version has just been discounted to $99) and the new top model called Howl (pictured above), costing either $179 for Android or Windows or $149 for iOS. Both are built to a very high standard, with braided, tangle-resistant cables and roughly a billion different ear tips, including Comply foam tips. The price difference between the two models isn’t huge and the same can be said of the sound quality: choosing between them will be a matter of preference rather than absolute performance.

The Noir has a hybrid two-way driver — with one balanced armature and one dynamic speaker — which the Howl bump up to a three-way arrangement. The latter promises more bass and definition to your music, but in my listening I favored the cheaper model. It just had a more natural tonality, and I found a more comfortable fit with it, which again plays a huge part in how good the overall experience of listening to music feels.

I’ve previously written about the folly of relying on generalizations too much, but there are definitely some discernible patterns here. One is that Sweden has an underrated headphones industry, which I hope to have illuminated a little better in this roundup review. Another thing that has stood out to me is how many of the models on offer are either iPhone-specific, Android-specific, or Windows-specific. It’s got to be frustrating to find your ideal pair of earphones and then be forced to commit to a particular platform with your choice of cable. Music will always play back wherever there’s a trusty 3.5mm jack available to plug into, but remote control functionality seems perpetually stuck in ecosystem-enforced embargo zones.

Most interesting to me is how much of the price of each of these products is tied in to their design and manufacturing. I wouldn’t class any one of these companies as a leader in audio engineering; not one of their present or future products will set new benchmarks for sound quality and purity. But the stuff they’re putting together is undeniably gorgeous, built to last, and in most cases, extremely comfortable to wear. I noticed during IFA 2016 that style is growing ever more valued by consumers than raw specs, and my experience of the Swedish audio world’s products confirms this very much as well.

The 10 Biggest Future Trends In Manufacturing