A 3D virtual reality camera that filmed Sunday's spacewalk has been returned to the inside of the International Space Station.

A specialized video camera that filmed Sunday's spacewalk in immersive virtual reality was grappled by the Canadarm2 robotic arm and placed on a pallet outside of the Kibo laboratory module. The camera was retracted into Kibo's airlock Thursday morning where ESA (European Space Agency) Flight Engineer Thomas Pesquet retrieved and stowed it. The cinematic videos are part of a research program called ISS (international Space Station) Experience and are downlinked to Earth to excite and bring gravity-bound audiences closer to space.

Commander Akihiko Hoshide of the Japan Aerospace Exploration (JAXA) spent Thursday morning setting up computers and cables before reconfiguring the Cell Biology Experiment Facility for upcoming research. In the afternoon, Hoshide installed a light on a spacesuit helmet then worked on transfers from the SpaceX Cargo Dragon resupply ship.

Four Bed CO2 Scrubber: The crew continued with the installation of the Four bed CO2 Scrubber hardware by connecting power, data, and fluid lines. Four Bed CO2 Scrubber demonstrates a technology for removing carbon dioxide (CO2) from the atmosphere on a spacecraft. The technology is based on the current system in use on the ISS with mechanical upgrades in absorption beds, heater elements, and valves and use of an improved zeolite absorbent to reduce erosion and dust formation. A goal for next-generation systems is continuous operation for 20,000 hours without a failure, and this technology is a step toward that goal.

Light Ions Detector for ALTEA (LIDAL) Relocate 3: The crew placed the Light Ions Detector into its third configuration and installed a Radiation Environment Monitor (REM) detector on the Light Ions Detector.LIDAL is typically relocated roughly every 6 months to monitor different areas. The capability of the original Anomalous Long Term Effects in Astronauts (ALTEA) to measure the Linear Energy Transfer (LET) of protons and helium and the kinetic energy of protons and heavy ions was upgraded by the addition of the Time of Flight (TOF) system detector called LIDAL. LIDAL upgrades the ability of ALTEA to make measurements that can be converted, by dedicated software in real-time, into radiation risk coefficients - effectively enabling ALTEA to become the first ever dosimetric "risk meter" aboard the ISS.

Standard Measures: The crew collected body, saliva, and fecal samples in support of the Standard Measures investigation. The aim of the investigation is to ensure consistent capture of an optimized, minimal set of measures from crewmembers until the end of the ISS Program in order to characterize the adaptive responses to and risks of living in space.Among other things, the ground teams perform analyses for metabolic and chemistry panels, immune function, microbiome, etc. These measures populate a data repository to enable high-level monitoring of countermeasure effectiveness and meaningful interpretation of health and performance outcomes, and support future research on planetary missions.

Turbine Ceramic Manufacturing Module (T-CMM): Following the processing run, the ceramic module was removed and stowed. Unfortunately, the ceramic module leaked during processing resulting in an incomplete print. T-CMM demonstrates manufacture of single-piece turbine blade/disk combinations (blisks) in microgravity for commercial use. Manufacturing blisks in space could produce parts with lower mass and residual stress, and higher strength than those made on Earth due to greatly reduced sedimentation of the solution in microgravity. 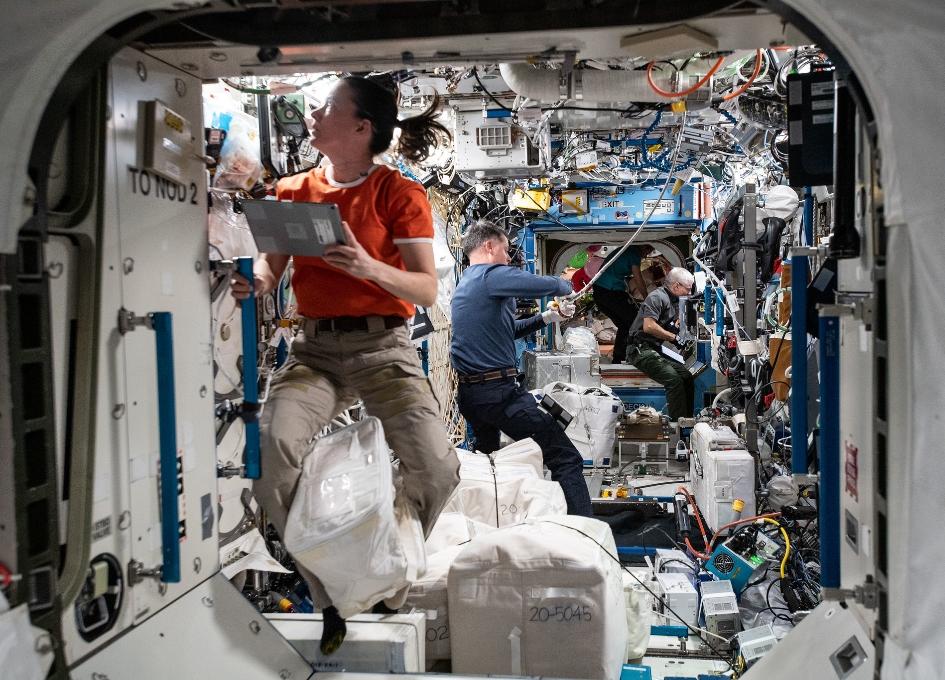 Regenerative Environmental Control and Life Support System (ECLSS) Oxygen Generation Assembly (OGA) Sample:The crew obtained a sample from the OGA recirculation loop and performed conductivity measurements on the sample.The sample will also be returned to the ground for analysis.Periodic water samples are returned for chemical, particulate, and microbial analysis in order to determine when total organic carbon remediation should be implemented to avoid risk of irreversible contamination damage to the OGA.

Why I Stopped Sharing My Run Pace On Social Media