The Studio Display has an all-screen design with narrow border, and an aluminium body. It is powered by A15 Bionic chipset inside as well. This is a 27.5-inch display, and comes with an anti-reflective coating. The display can be tilted up to 30-degree, and the unit can be wall mounted - - in portrait or landscape modes.

Apple has unveiled the Mac Studio, a desktop system that looks like the Mac Mini. It features Apple’s M1 Max chip as well as the new M1 Ultra. The desktop has ports, unusual for Apple. There are four Thunderbolt 4 ports, 10Gb Ethernet port, two USB-A ports, an HDMI, and an audio jack.

The device supports Wi-Fi 6 and Bluetooth 5. M1 Max systems include two USB-C ports on the front, while the M1 Ultra has two Thunderbolt 4 ports. Apple claims that the Mac Studio with M1 Max can perform 50% faster than a Mac Pro with a 16-core Xeon and 2.5 times faster than a 27-inch iMac with a 10-core Core i9.

The M1 Ultra has 800 Gbps of memory bandwidth, and supports up to 128GB of unified memory.

Apple announces M1 Ultra chipset for its desktops. The company claims its latest chip is the most powerful one for personal computers. M1 Ultra is said to have 114 billion transistors, a 20-core CPU and a 64-core GPU. It has a 32-core Neural Engine, and is around 8 times faster than its predecessor, the M1 chipset. 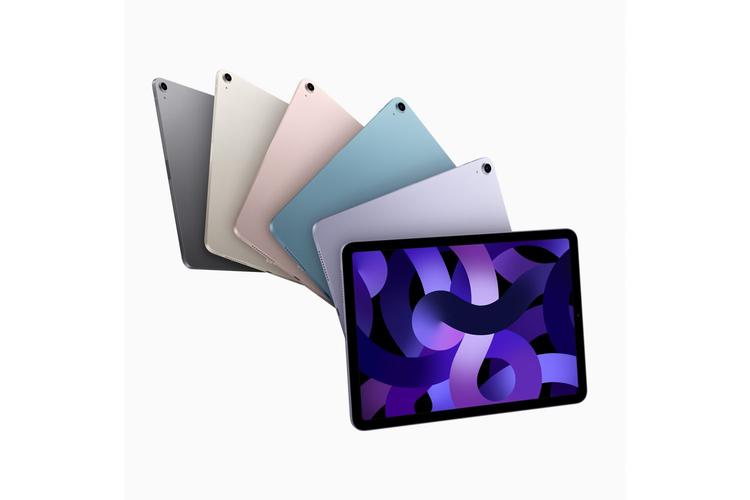 Apple is revamping its iPad Air with the M1 chip set, which has an 8-core GPU. This tab, according to Apple, is twice as fast as the Windows 10 laptops in the same price range. The M1 chipset has a 16-core neural engine on the iPad Air.

The tablet will get a 12MP ultra-wide camera, and supports centre-stage frame on FaceTime. This tab will be 5G compatible, and gets support for second gen Apple Pencil. It will be available in both Wi-Fi + Cellular models. The new iPad Air is up for pre-order at $599. The new iPad Air comes in space grey, starlight, pink, purple, and blue finishes.

Apple’s new affordable iPhone SE will run the A15 Bionic chipsets, which has a four-core GPU. This same chip powers the iPhone 13 series. It will come with support for Live Text. The device will be 5G compatible, and have a better battery life.

The budget smartphone comes with the aluminium glass design, and the same glass as the iPhone 13, offering better protection. The device will also have Touch ID features, and it comes in Red, Black and White. The product is priced at $429, and can be pre-ordered today.

The M1 chip that went into iPad Pro comes to the new iPad Air.

The iPhone 13 and iPhone 13 pro will get a new green colour display. These will be up for pre-orders starting today.

The iPhone SE is priced at $429, and it is available for pre-order starting today

What to expect from the event

Apple is expected to unveil the new iPhone SE 3 with 5G support, new iPad Air 5, a larger 27-inch iMac, an entry-level MacBook Pro that could come with an upgraded M2 chip, and a new Mac mini likely to feature the next-generation Apple Silicon chip.

The Cupertino-based company may also release some software updates, iOS 15.4 that can let the Face ID-enabled iPhones unlock while wearing a mask and also a macOS Monterey plus iPad OS 15.4 update.

Hello everyone, welcome to Apple’s first event of this year, ‘Peek Performance’. In their last virtual ‘Unleashed’ Special Event, the Cupertino-based company had announced a new set of AirPods, colourful upgrades to the HomePod mini, a Voice Plan for Apple Music, and MacBook Pro with the new M1 Pro and M1 Max SoC.

We will soon start with the live updates of this year’s first event of the California tech company. Here is a glimpse of what is expected from the event.